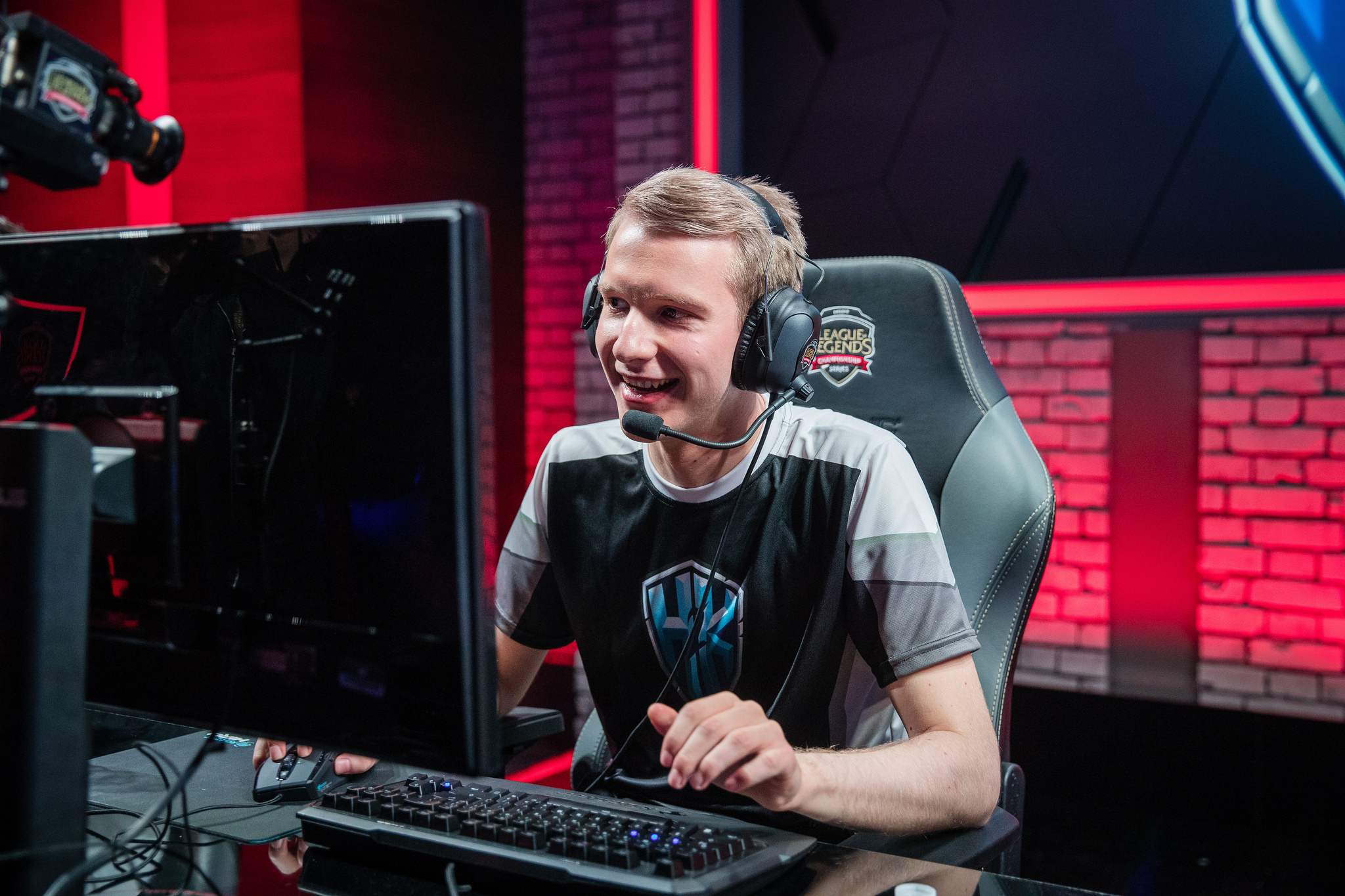 Day three of IEM Katowice has come to a close, and Europe is officially taking two of the four spots in the tournament semifinals. H2k-Gaming had a close call after a weak game one against Hong Kong Esports, and G2 Esports made a statement win against Unicorns of Love.

In game one of the series, H2k took a commanding lead for the first 22 minutes before HKE fought back. H2k failed to set up fights that gave them the advantage, so the team decided to rotate over to objectives instead and start the Baron at 29 minutes. HKE saw their chance and took it, killing four H2k members and taking the Baron. HKE had the lead for the next nine minutes, until H2k secured the Baron at the 38-minute mark, followed by the Elder Dragon a few minutes later. H2k again tried to take the Baron just after 46 minutes, but HKE managed to steal once again. Dominating the map for the next seven minutes, HKE took the Elder Dragon and the Baron once again, then pushed in for the victory.

Game two’s early game mimicked that of game one, but the resemblance ended there. H2k did not relinquish their lead in game two, dominating HKE from start to finish. In 25 minutes, H2k had a 12,000 gold lead and had already taken down HKE’s bottom lane inhibitor. Minutes later, the game was over and H2k was forcing a game three.

Game three was very similar to game two, just a little bit harder for H2k. The Europeans still completely dominated HKE, however, and were up by 3,000 gold after 11 minutes. H2k dominated the map, taking four dragons total. After acing HKE and having over a 13,000 gold lead, H2k closed out the game just after the 33-minute mark, advancing to the tournament semifinals against Flash Wolves.

Unicorns of Love, forgetting about the power of Braum’s level one, walked into a teamfight against G2 Esports to start the game off. Before a minute had passed, G2 was up a kill, and quickly earned another one before the end of the fight. By the 23-minute mark, G2 led by almost 6,000 gold, but their joy did not last long. Just four minutes later, UoL took down the majority of G2 and took the Baron, bringing themselves back into the game. UoL followed up their success, getting solo kills and taking the next dragon. G2 still never lost the lead, and an expert teamfight ended in UoL only having one member up to defend the base. G2 pushed in and ended the game, taking an early lead in the series.

Another early first blood for G2, after a bait from Jesper “Zven” Svenningsen, gave Europe’s best a quick lead. A few trades later, G2 was still in control of the game. UoL attempted a four-man push in the mid lane, but G2 was able to collapse and take down two members of the squad. UoL’s Gangplank and Jhin used an ult combo to take down Zven, but Luka “PerkZ” Perkovic responded with a double kill. After the fight ended, it was a three-for-three trade and G2 took the Ocean Dragon. After a pause around 21 minutes in, G2 took the Baron, but UoL took down two members of G2 in response. Even with the lead, G2 struggled to deal with Kiss “Vizicsacsi” Tamás’s Gangplank and Andrei “Xerxe” Dragomir’s Rengar. Around 29 minutes in, UoL shoved down the mid lane, using another Gangplank/Jhin combo to take down Zven while PerkZ and Ki “Expect” Dae-han were distracted and far away in the side lanes. UoL took the mid lane inhibitor before anyone on G2 could respond. UoL lost momentum at the 31-minute mark, attempting to start a Baron before G2 took them down. Xerxe survived long enough to distract most of G2 and keep the momentum level, as the rest of UoL respawned and their super minion pushed down the mid lane. G2 had Baron, but PerkZ was caught out in a side lane and killed by UoL. Not letting the kill go to waste, UoL rotated and took the Cloud Dragon. G2 never looked scared, shoving the top lane with their Baron buff and winning the game in just over 37 minutes to advance to the semifinals against ROX Tigers.

All times are PST