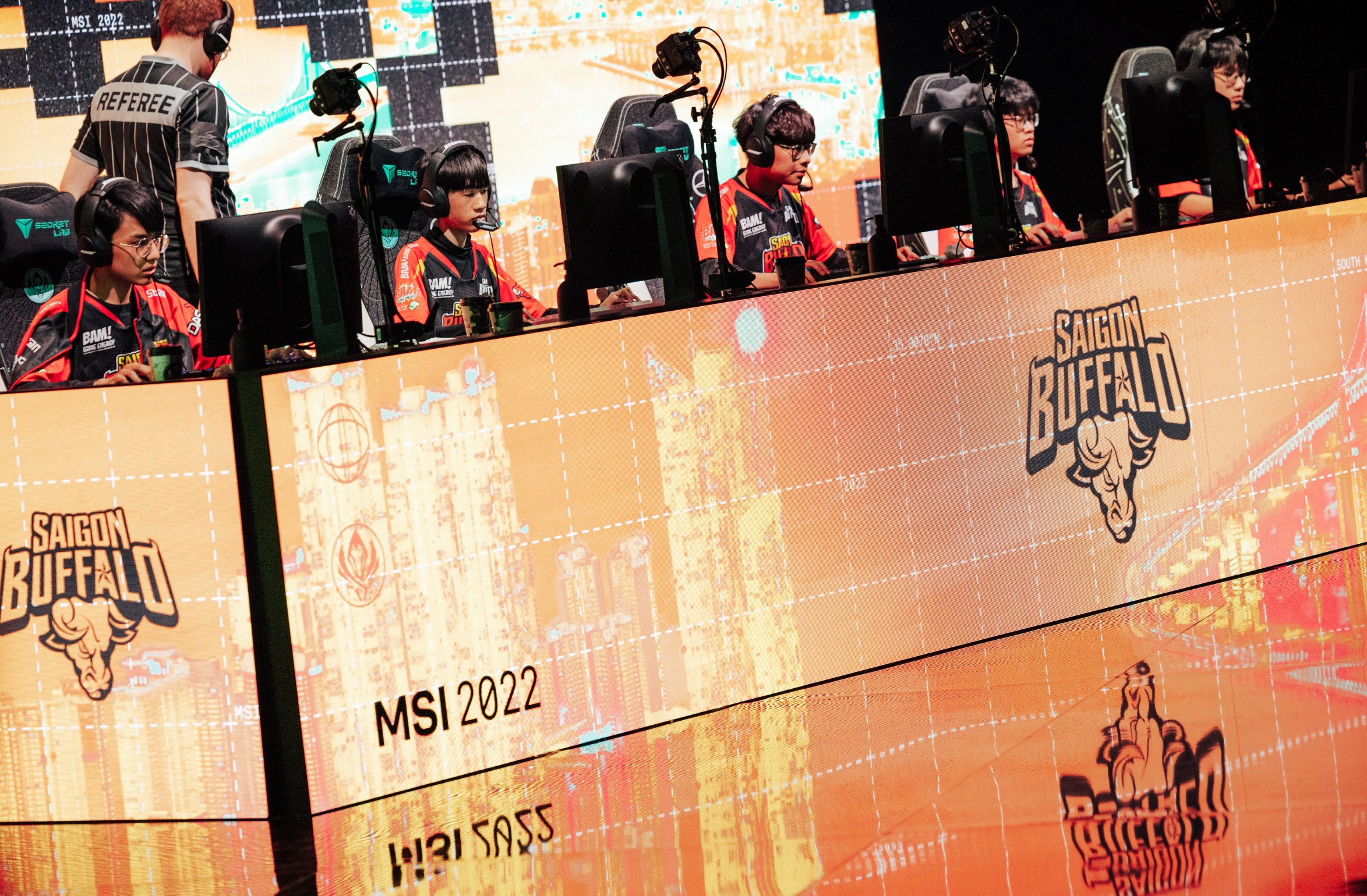 The last-minute upset wasn’t meant to be. Saigon Buffalo have been eliminated from the 2022 League of Legends Mid-Season Invitational after falling at the hands of Royal Never Give Up in a nailbiter of a 34-minute game. The VCS representatives pushed RNG to the brink in their rematch today (and perhaps challenged them more so than any other team at the tournament so far), but were felled in the final moments of the game, allowing RNG to carry whatever momentum they had accrued in the late-game to their sixth victory of the rumble stage.

With their seventh straight loss to open up the rumble, there are no mathematical scenarios in which Saigon Buffalo can reach the knockout stage of the tournament, as only the top four teams will move on.

After Evil Geniuses and PSG Talon both found upset victories over tournament heavyweights earlier today, it was imperative that Saigon Buffalo mirrored the results of their closest competitors. And, after leading RNG throughout the majority of today’s contest, it looked for a moment (if not longer) that the underdogs would pull it off.

Saigon led RNG during today’s game throughout the majority, with the mid-game being absolutely dominated by the Buffalo. At the 29-minute mark, Saigon held a gold lead of over 3,000, were in the midst of a Baron power play, and had doubled up RNG in the kill department by a score of 18-9. The team, however, was blanked in Dragons four-to-zero, and a teamfight around the Elder Dragon pit in the final moments of the game served as the final resting place for the Buffalo. RNG, despite being down in kills, gold, and items, out-team-fought Saigon to close out the game, marching into the Buffalos’ base shortly after.

With their win, RNG have distanced themselves from the rest of the pack at MSI. Two whole games separate the Chinese champions from T1, G2 Esports, and Evil Geniuses, who all share a hold on second place with records of 4-3 each. RNG will play North America’s Evil Geniuses later today.

Saigon Buffalo will return to the MSI stage when they look to play spoiler against a rising PSG Talon squad.