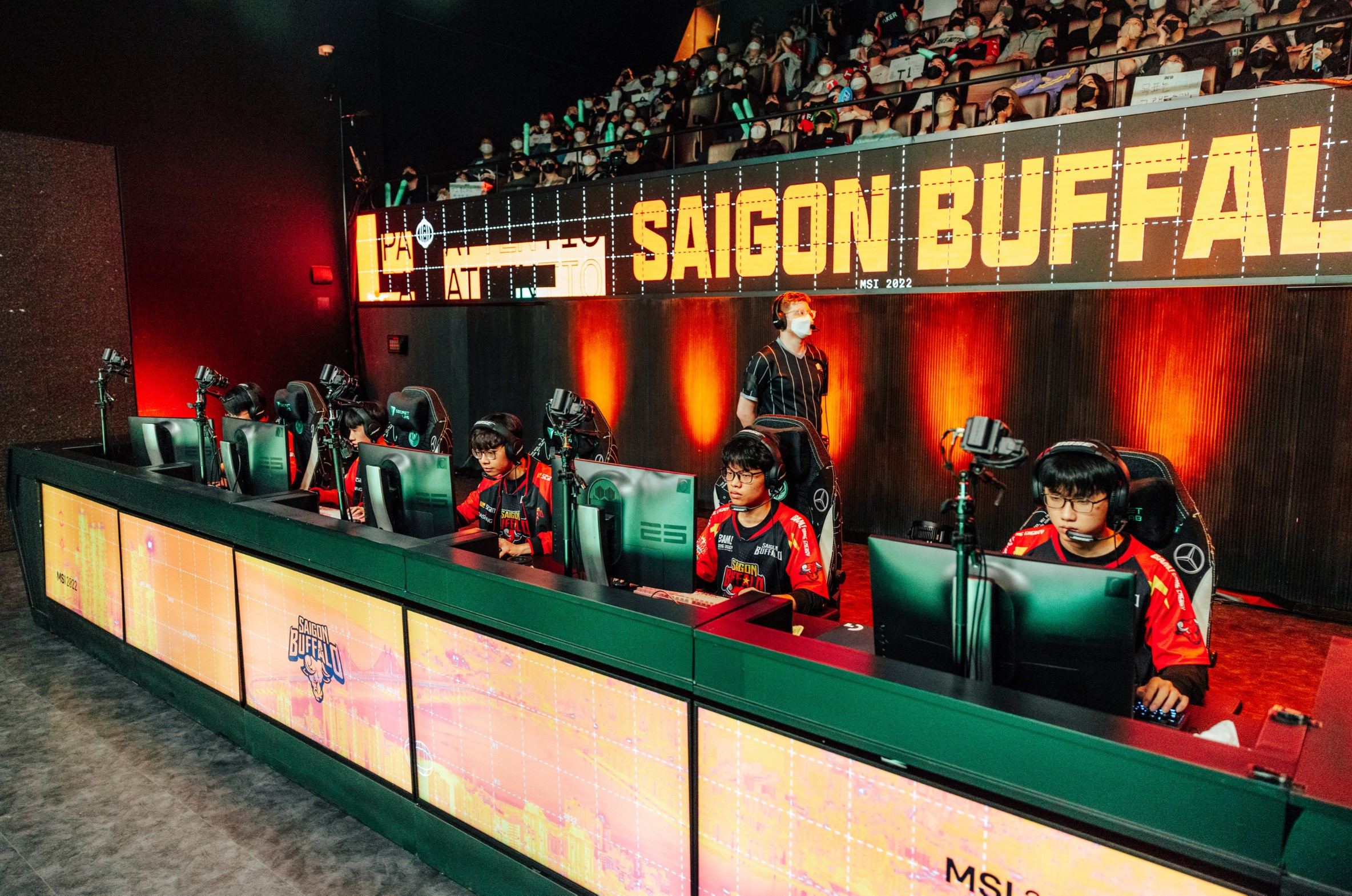 The road back to the League of Legends World Championship has been seemingly endless for Vietnam. The country has not sent a professional team from its domestic region to Worlds since 2019 due to travel restrictions surrounding the COVID-19 pandemic, and only this season did a Vietnamese team finally compete in an international event again.

Earlier today, Saigon Buffalo became the first team out of the VCS to lock in their spot for the 2022 World Championship, marking a long-awaited return to the tournament for Vietnam.

Saigon Buffalo earned their place at Worlds with a best-of-five victory over GAM Esports (formerly Gigabyte Marines) in the semifinal round of the VCS Summer Playoffs earlier today. Should they win their ensuing grand final match, they’ll advance directly to the group stage of Worlds. The runners-up out of the VCS will have to play through the Worlds play-in stage.

Saigon Buffalo represented the VCS at the Mid-Season Invitational earlier this year, advancing out of the tournament’s play-in stage before finishing sixth in the group stage.

Worlds 2022 will be Saigon’s fourth international event of all time and the team’s second appearance at the World Championship. Saigon are easily one of the most internationally experienced franchises from Vietnam (or any minor region for that matter). They’ve played 38 matches on the international stage between 2018 and 2022, even despite Vietnam’s noteworthy absence from Worlds in the last two seasons.