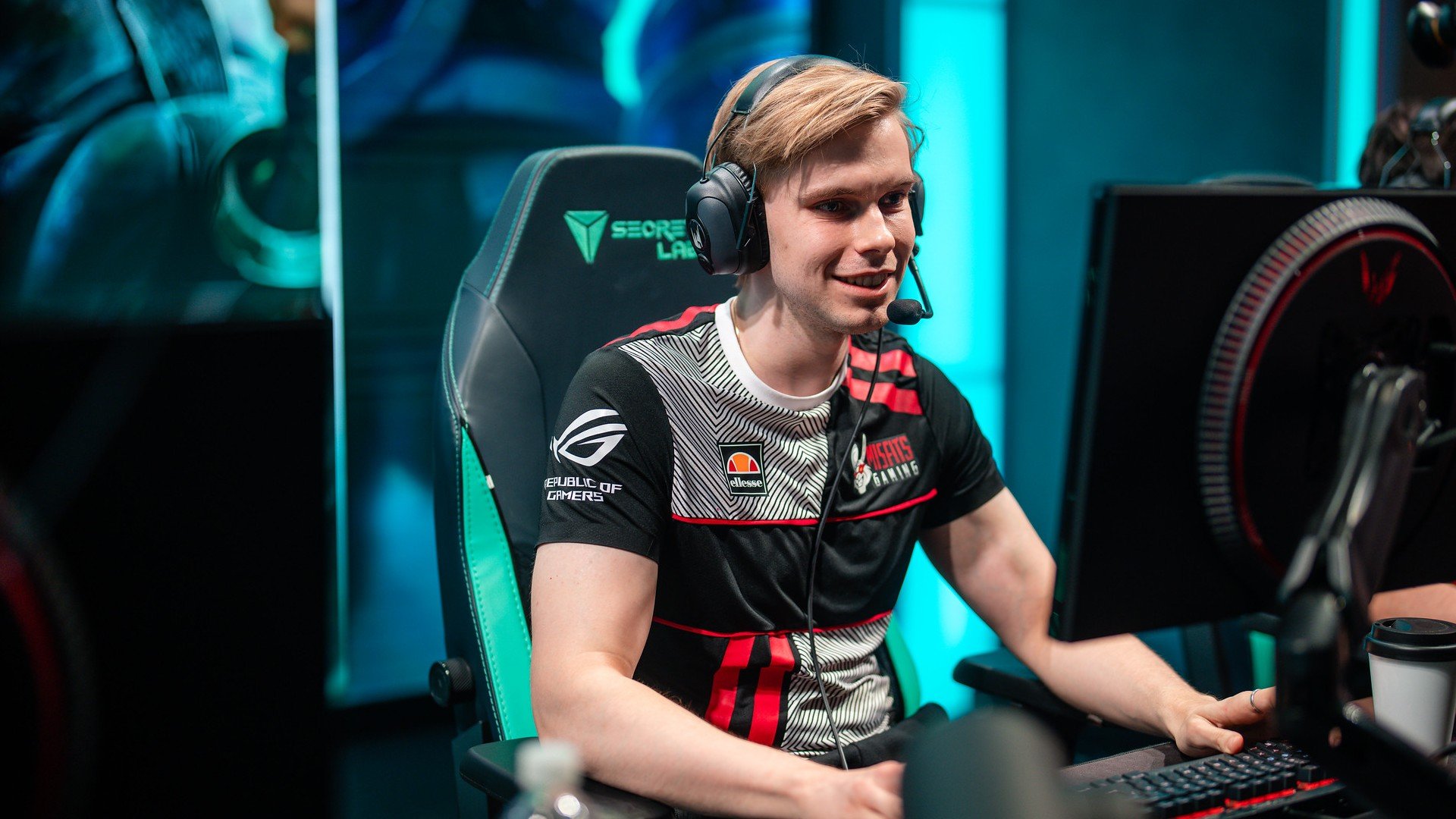 With the 2022 League of Legends World Championship coming to an end, LEC teams are getting prepared for the upcoming 2023 season. Some players have already reached verbal agreements with determined teams, according to reports, and another one has been added to the growing list.

Former Misfits ADC Matúš “Neon” Jakubčík is set to join Team Vitality for the 2023 LEC season, according to a report by Alejandro Gomis of Blix.gg.

The French player will be replacing Matyáš “Carzzy” Orság, who is reportedly set to return to his former team, MAD Lions.

In 2022, Vitality built what was supposed to be a “super team” made up of strong talents, including Alphari and Perkz. But the team didn’t meet expectations, only finishing fifth in the spring and failing to make it to the playoffs during the summer.

Neon, on the other hand, had a positive showing with Misfits last season, finishing fourth and fifth respectively in the two splits.

Neon is the latest reported addition to Vitality’s roster for next year. Neon will be pairing up with former MAD Lions’ support Kaiser in the bot lane, according to another report from Marián Stoica of Blix.gg. The roster will be completed by Chinese jungler Zhou “Bo” Yang-Bo and T1 Challengers’ top laner Kyeong “Photon” Gyu-tae, according to investigative journalist Brieuc Seeger.

All of these roster moves are yet to be confirmed since most of them are verbal agreements. The official League offseason will begin when the free agency period starts on Monday, Nov. 21.