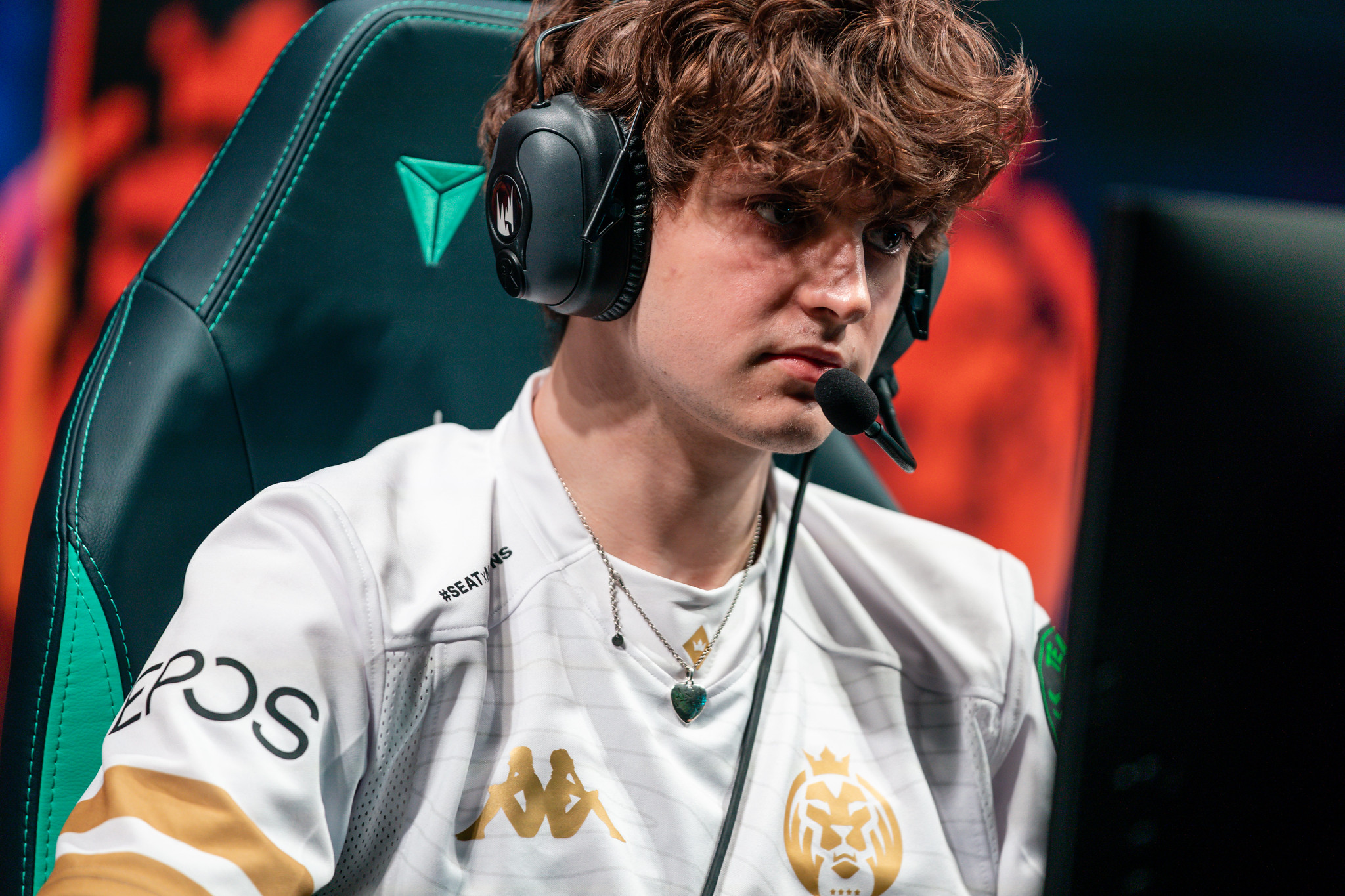 Team Vitality AD carry Carzzy will be reportedly making a return to his former team this offseason. The three-year veteran has reached an agreement to play for MAD Lions during the 2023 LEC season, according to a report from independent League of Legends journalist Brieuc Seeger.

Carzzy played for MAD Lions throughout the early majority of his career, bringing the team to back-to-back World Championships in 2020 and 2021. Following his success with the team on both the domestic and international stages, Carzzy joined Team Vitality at the start of the 2022 season in hopes of dominating Europe via a “superteam” alongside other top-tier players such as top laner Alphari and mid laner Perkz. The team failed to qualify for the LEC Summer Split playoffs and allowed Carzzy to “explore his options” for a new team earlier this offseason.

Carzzy had narrowed his 2023 team down to two choices: MAD Lions and Fnatic, according to Seeger’s report. In the end, he chose his former employer over Fnatic. If Fnatic is reportedly in the market for a new ADC as well, their longtime position-holder Upset could also be on the way out, signaling shuffles across multiple bottom lanes around the LEC.

Related: Fnatic to reportedly move on from All-Pro support Hylissang after 5 seasons

It is unclear at this time what the future holds for MAD Lions’ 2022 ADC Unforgiven, who joined the team at the start of the year as a result of Carzzy’s departure. Unforgiven is contracted to MAD Lions through the end of the 2024 season. All of MAD Lions’ current starters are signed through at least the end of next year, according to the League global contract database.

Carzzy also signed a contract with Vitality that would take him through the end of 2024. Teams interested in picking up his contract would have to do so by way of a buyout or trade.