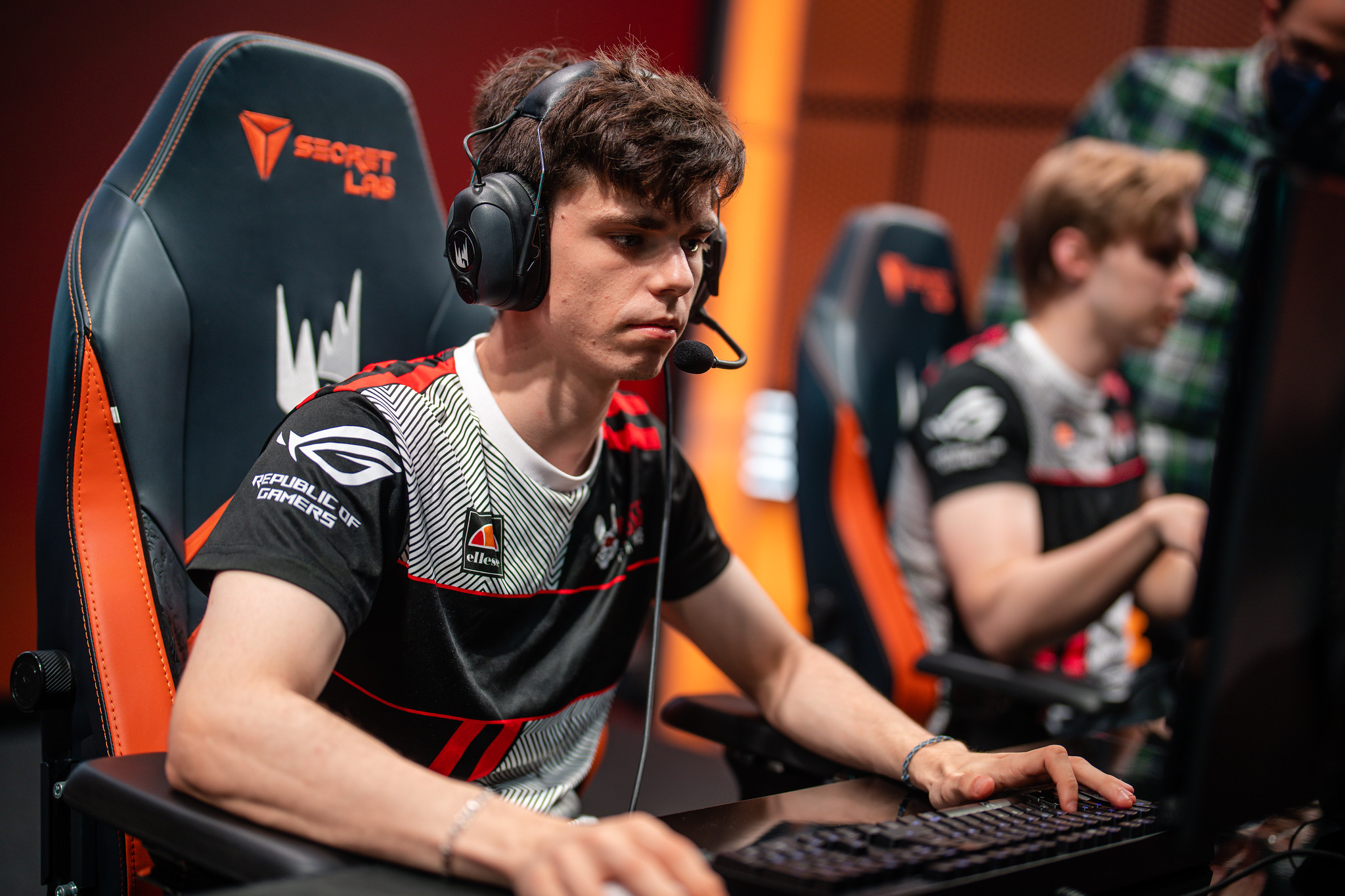 The Star Guardian celebrations infiltrated the LEC this weekend, culminating in a battle between good and evil to round out the halfway point of the 2022 Summer Split.

After hyping up this matchup with a Star Guardian-themed animation placing members of both teams in an interstellar battle, Misfits emerged victorious on the Rift, leaving G2 Esports floating in space amongst the stars.

The mid lane matchup between Vetheo and Caps, as depicted in the animation, served to be the game’s focal point. Fortunately, both teams opted to play a safer early-game than what they showed in their respective games yesterday, evening the gold between them as players focused primarily on laning and scaling.

While G2 attempted to stop Misfits from securing a third drake, Misfits unleashed the Rift Herald on the mid lane. Denying Misfits their soul point cost G2 nearly all of their mid lane turrets and an almost-exposed inhibitor, which single-handedly prevented G2 from gaining a gold lead off the drake. Yet G2 made up for it in the next drake fight, using Vetheo’s own Corki rockets against his team with Caps’ Sylas.

Sneaking a Baron afforded Misfits a bit of time to regroup and reevaluate a way for them to come back against the imposing force that is G2. The range and poke damage between Vetheo’s Corki and Neon’s Zeri pushed back four members of G2 that seemingly had the upper hand in a two-versus-four fight, and ultimately brought Misfits another Baron.

At 40 minutes, the gold had been leveraged between both teams, with nearly every member of each team being capable of turning a fight on their own. As Misfits secured their third Baron of the game, G2 ran to gain hold of the Infernal Soul—their only feasible way back into the game. Yet this did little to derail the carries of Misfits, who nearly one-shot every member of G2 and ran straight into G2’s base, defeating the reigning LEC champions.

Even from behind, Misfits remained steadfast in trusting the power of Vetheo and Neon, who successfully scaled to the point that small blunders weren’t enough for G2 to capitalize. Misfits, who had made a name for themselves with comebacks like this aplenty in the recent Spring Split, continue their forward momentum with a five-game win streak.

This win streak follows a four-game losing streak to start the Summer Split that made fans weary of what the team would be able to accomplish following their loss to G2 in the Spring Playoffs that eliminated them. Vetheo acknowledged in the post-game interview that the team finally understands the meta, and that the team they are now is much better than what they were a few weeks ago.

Unfortunately for G2, this loss marks their fourth-consecutive loss in the Summer Split, placing them in seventh alongside Astralis as they look to turn their luck around in the second half of the split.