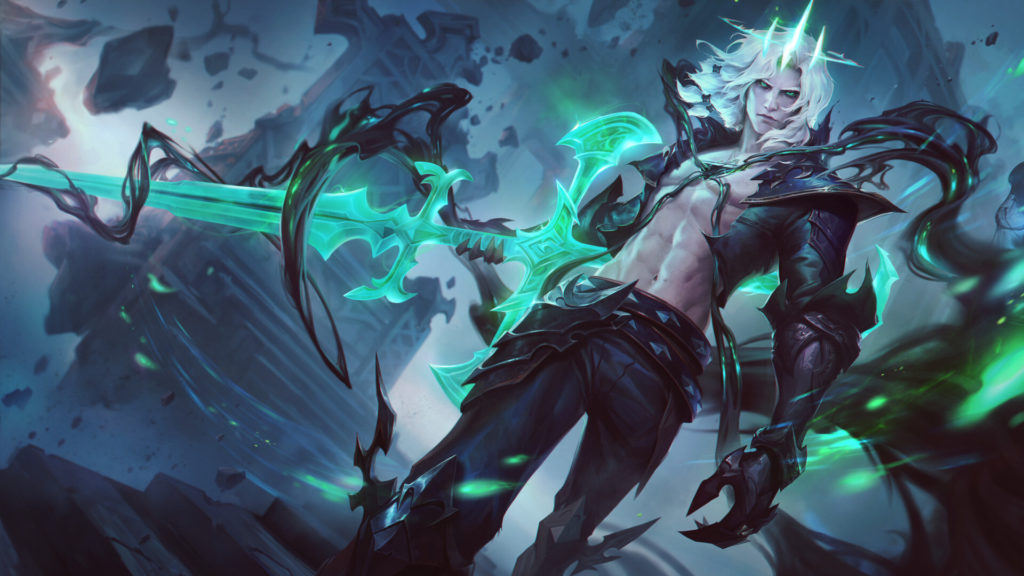 Viego, League of Legends’ newest (and edgiest) champion, is now live with the release of Patch 11.2.

The jungler is League’s 154th champion and will be available for 7,800 blue essence on release. His price will drop to 6,300 after a week. For those willing to splash some cash, he’ll also be available for 975 RP.

If his base skin just isn’t quite cutting it for you, he’ll also release with a skin in the Lunar Beast line in celebration of the Lunar New Year. That cosmetic will be available for 1,350 RP.

With a duelist playstyle and a unique passive that allows him to take control of enemy champions, Viego is a skill-reliant pick whose kit is based around enabling damage from his auto attacks. Somewhat akin to Nocturne in playstyle, his high mobility and ability to chain his ultimate for maximum damage give him the potential to wreak havoc in teamfights.

His auto attack focused playstyle allows for versatility in rune choices and item builds. He can be taken into the top lane with a more bruiser, Camille-style build too, or be built as a duelist jungler with similar runes and item pathways to Nocturne.

Viego will join the League universe alongside a new skin line called Ruined. Riot even released a badass cinematic outlining his links to Senna and Lucian. He’s presumed to be a crucial character in Riot’s upcoming game, Ruined King, and has been a long-awaited addition to the League champion roster.

League players can now officially try out Viego for themselves on the live servers.