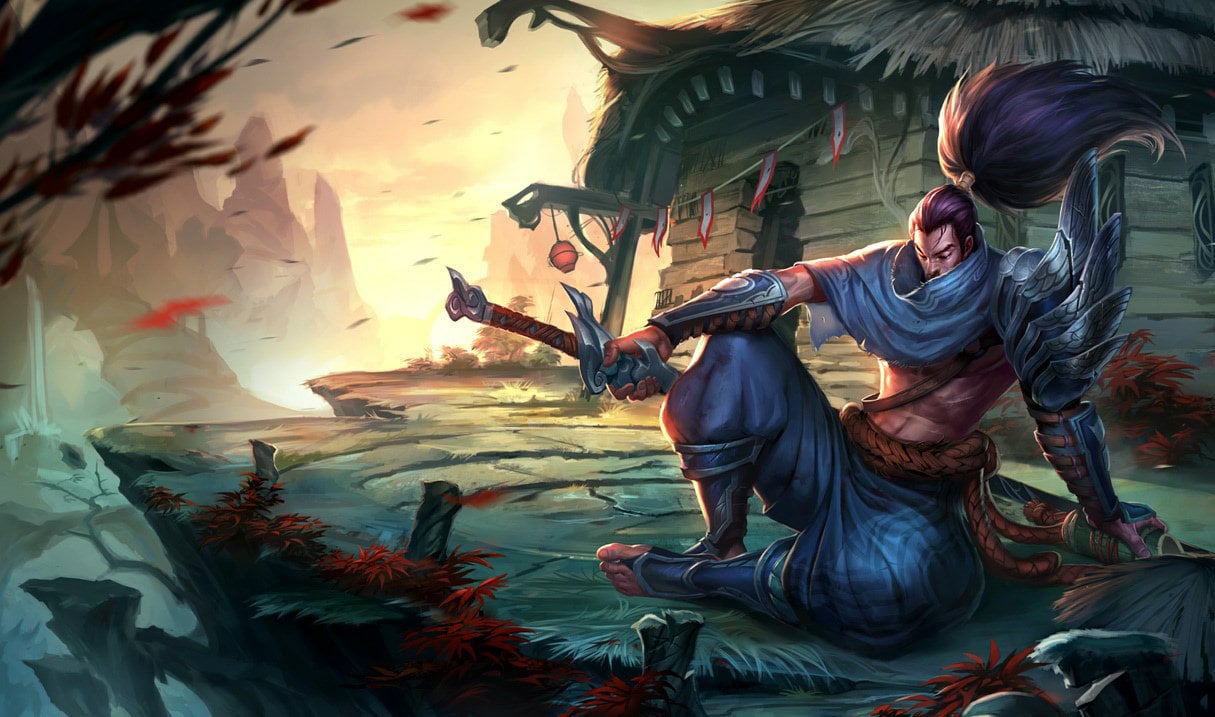 While it’s possible to win a League of Legends match solo, you won’t be able to carry your teammates in every game. A certain level of communication will be needed to harness the full potential of your team.

You won’t be able to use voice chat with your teammates unless you’re queuing together for a match, but the game’s written chatbox and pings are more than enough to communicate with your team. Most players use these tools in peace and respect each player’s boundaries to increase their winning odds since a happy team will always perform the best.

It’s not all sunshine and rainbows, though, and some players can be a bit of a handful. Toxic players who snap under pressure can end up occupying the chat in a somewhat disruptive fashion, causing your team to lose its focus. Most League players make the dire mistake of replying in similar scenarios, and they suddenly find themselves in pointless arguments.

Sometimes players can even abuse the in-game pinging system, but you don’t have to stand for any of that. Riot Games gives players the option to mute others. The feature ensures you can stay focused on your game and spare yourself the heated flames since no one enjoys getting flamed.

Here’s how you can mute players in League.

It’s possible to mute everyone in your game with a single command line, but it may not always be the best idea. You may actually miss out on valuable information that your non-disruptive teammates are providing by muting everyone. This can affect your gameplay negatively and cause you to play a desynchronized game from your team.

Muting players during the picking stage

There isn’t a visual switch during the picking stage, and sometimes you may run into players trying to push your buttons from the start.

You can quickly mute anyone by using the “/mute” command without the quotation marks. You’ll need to leave a space after typing it and also enter the player’s name that you want to mute. If you can’t seem to get their name due to funny-looking characters, you can copy and paste it from the chatbox. Each player’s name gets pasted to the chatbox as they enter the lobby.

Muting players during a match

You don’t have to mute both ways of communication if they’re only disruptive in the chat, and you can also revoke their muted status during any stage of the game.

How to mute everyone in League with a single command?

Some players enjoy the silence that comes from solitude. You may want to focus only on your game, and there’s nothing wrong with that. Using the first two methods above to mute everyone would at least take more than 30 seconds, and doing that every single game may start getting old.

“/mute all” and “/fullmute” without the quotation marks will allow you to mute everyone in your game for the remainder of your game session. If you’re planning on using this command quite often, you can create yourself a macro through your gaming mouse or keyboard, which can type the command for you. This should save you from the hassle of typing every game.

How to unmute players in League?

If you’ve muted your teammates through the in-game scoreboard, then you’ll need to click those chat bubble and smiley-face icons once again to remove their muted status. You’ll once again become able to see what they’re saying, but the same process will be slightly more complicated if you’re in the picking stage.

Sometimes you may realize you’re in a game with a friend after muting everyone in the game, and waiting to get into the match to un-mute them can look less than ideal. There isn’t a dedicated “unmute” command in League, but you can use the same commands you used to mute them to take it back.

This means that if you were to mute the entire lobby with “/mute all” you would need to use “/mute InstertNicknameHere” to revoke someone’s mute.

Can you mute players permanently in League?

Sometimes a player may be so toxic that you may not hear a word they have to say for the entirety of your League career. If that’s the case, a simple mute won’t cut it since you won’t know whether they’ll be in your team again unless you memorize their name.

If you’re looking to mark a player for life so you can always know when you’re playing them or against them, you’ll need to ignore them. Ignoring can be done during the after-game screen, or you can also use the “/ignore” command.

Once an ignored player joins your team during the picking stage, you’ll get a chat notification warning you that a player you ignored before is on your team. These players will be automatically muted upon entering the same game as you, but you won’t receive the same notification if the ignored player is on the enemy team.

You could find out by checking the scoreboard as soon as you load into the game, however. If there’s anyone on the enemy team who’s pre-muted, it means they’re someone you added to your ignore list on a prior occasion. While this means nothing on paper, you can continue to play with the comfort of knowing that there’s a disruptive time bomb ticking for you enemy, which you can potentially reduce its timer by ganking them a couple of times.

How to mute players in League’s voice chat? 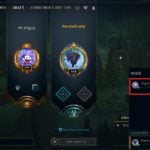 League allows its players to use the in-game voice chat solution when they’re in a party. This feature will enable you to communicate with your teammates who you’re queueing together. While you can’t talk to your random teammates who get drafted in your team upon accepting a game through voice chat, it’s still possible to run into disruptive players if you enjoy joining open parties.

You’ll be automatically connected to the voice chat if you have the option enabled, and you can always mute anyone you’d like in your party with a couple of clicks.

Click on the microphone icon on the bottom right side of your screen, which will bring a list of players who are in your party alongside their volume levels. Clicking on the speaker icon next to a player’s name will mute their voice, but you’ll still be able to read their texts and see their pings unless you follow the above methods as well.

You’ll also need to follow a similar procedure to mute them while you’re in a match as well. Look for the microphone icon that will be close to your skill-bar, bringing the same list of names that you’d see inside the launcher.

Clicking on the speaker icon here will be the key to mute anyone’s voice communications, and you can quickly unmute anyone by pressing the button once again. You can also use this menu to adjust the volumes of any player in your party.

You can alternatively leave League voice by clicking on the small “X” icon next to your name through the same interface.

How to disable automatic log-in to League’s voice chat? 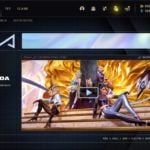 League’s voice chat is an excellent tool to increase the level of coordination among teammates. Connecting to it automatically every time you join a game may not be the most optimal way, though. Even if you’re planning on joining the voice chat, an instant log-in can catch you off-guard and cause your teammates to hear the 10-hour loop of the Nyan Cat song you may have rolling in the background.

In addition to being a privacy measure, you may also not prefer turning on the voice chat to focus on your own game. To turn off the automatic log-in option, you’ll need to click on the cog icon that’ll be on the top right corner of your League launcher.

Once inside, look for the Voice section from the right panel, and remove the tick next to the “Join the voice channel automatically” option.

If you’d like to keep the feature but mute your microphone upon joining a lobby, you can activate the “Mute me when I connect to League voice.” feature.