The LEC is back and it’s looking better than ever. 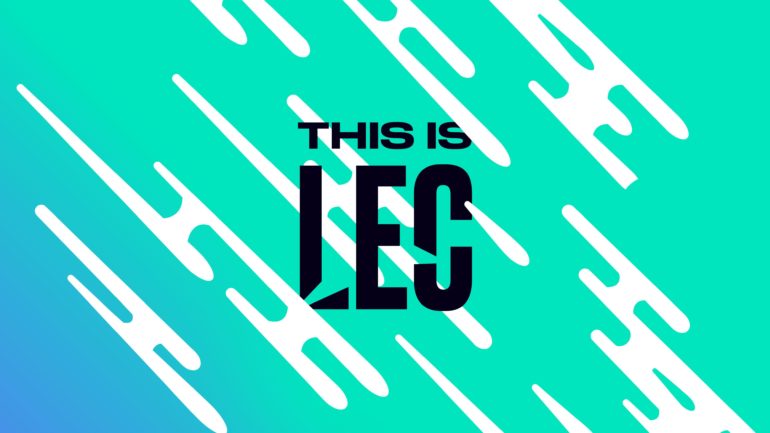 For the second year running, Europe proved its worth on the international stage and advanced to the finals of the League of Legends World Championship. The heavy hopes and dreams of the region were put on the shoulders of G2 Esports. But in the end, they lost to the LPL’s FunPlus Phoenix in dramatic fashion.

It’s a new year, though, and the LEC is making its return this month. Europe is looking to make the comeback once again and prove it’s a worthy contender. South Korea fell to its wrath, but China is yet to take a beating.

To prepare for its international onslaught, the LEC is set to receive a couple of changes for 2020. Here’s how the new LEC format works.

During the regular season, 10 teams will face off against one another in a double round-robin, best-of-one format with the eventual top-six teams moving on to the playoffs. Championship Points will be awarded differently in each split.

In the spring, teams will earn Championship Points based on their performance in the playoffs, similar to 2019. The first-place team will receive 90 points, second place gets 70, third earns 50, fourth gets 30, fifth earns 20, and sixth walks away with 10.

For the summer season, though, Championship Points will be awarded based solely on the team’s performance in the regular season. The points will then be used to seed the top-six teams into the summer playoffs. The first-place team in the regular season will receive 140 points, second place earns 100, third gets 70, fourth earns 50, fifth gets 30, and the sixth-place team ends up with 20.

This means the European slots at Worlds 2020 will be determined by performance in the summer playoffs. The teams with the higher standing in the regular season will have an easier path to Worlds.

As a result of the changes to Championship Points, the regional qualifier will be scrapped this year.

In the playoffs, each match will be played as a best-of-five series. In the winners bracket, the top team from the regular season will then have the choice of taking on either the third-best or fouth-best team. The remaining team will then play against the second-best team in the second best-of-five of the playoffs. In the losers bracket, the fifth-best team will then take on the sixth-best squad.

In the second week of the playoffs, the lowest of the seeds to lose from the first and second matches will play against the winner of the third match.

In the third week of the playoffs, the winner of the sixth match will take on the loser of the fifth match. The winner will then advance to the finals.

It’s a little confusing, but it’s a lot more straightforward than it sounds. The image above should help.