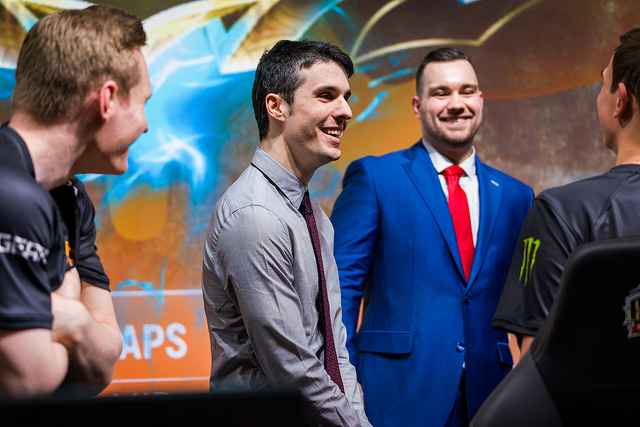 For the past two splits G2 vs. Fnatic has been a highlight match-up, with Europe’s current repeat champion up against the champion of the past.

G2 has dominated the EU LCS for the past two years, and Fnatic has challenged them but been unable to win a title in that time. With G2 changing all but one member of their roster, and Fnatic changing just one, Fnatic have a real shot to reclaim their title. Meanwhile, G2 will need to gel as a new roster if they hope to continue their EU dominance this split. The biggest difference will be how the teams approach the game strategically.

In split’s past, G2 looked to coach Joey “YoungBuck” Steltenpool to design the game plan for the team and support Alfonso “mithy” Aguirre Rodriguez to help execute that in-game, but both members have left the organization. G2 has a new coach in Fabian “GrabbZ” Lohmann and Fnatic now have Youngbuck.

Fnatic bringing in YoungBuck to be the Team Director, while keeping Dylan Falcao as the team’s Head Coach, was an important decision. Together they will likely hope to continue their strategic excellence in a new split. Meanwhile, with an entirely new meta, GrabbZ has the chance to prove himself strategically after his time at Team Roccat.

The match-up to watch for this game will be in the mid lane. Some have thought that Luka “Perkz” Perkovic is Europe’s best mid laner, and he has the championships to help prove his case. Rasmus “Caps” Winther is coming off of his rookie year in the EU LCS where he was hyped up and given the nickname “Baby Faker.” While Caps showed moments of brilliance that made fans believe the hype, he was not consistent enough to retain that nickname.

This year Perkz can truly prove himself as Europe’s best mid laner with a new-look team, while Caps looks to remain consistent and prove he is the future of the EU LCS. Both players will be hoping to join the long list European mid lane greats, and this match may give an advantage to whoever wins.

The game could go either way after both teams got off to a 1-1 start in the first week of play. Fnatic won a dominant game against Splyce but lost to H2K—who no one expects to do much this split due to having an all-new team and losing their star coach Neil “pr0lly” Hammad to the 100 Thieves of the NA LCS. G2 also won big against Misfits, then fell to a surprise Team Roccat. We expect Fnatic to take this match-up as they looked stronger last week and G2 is still finding their identity as a new roster.