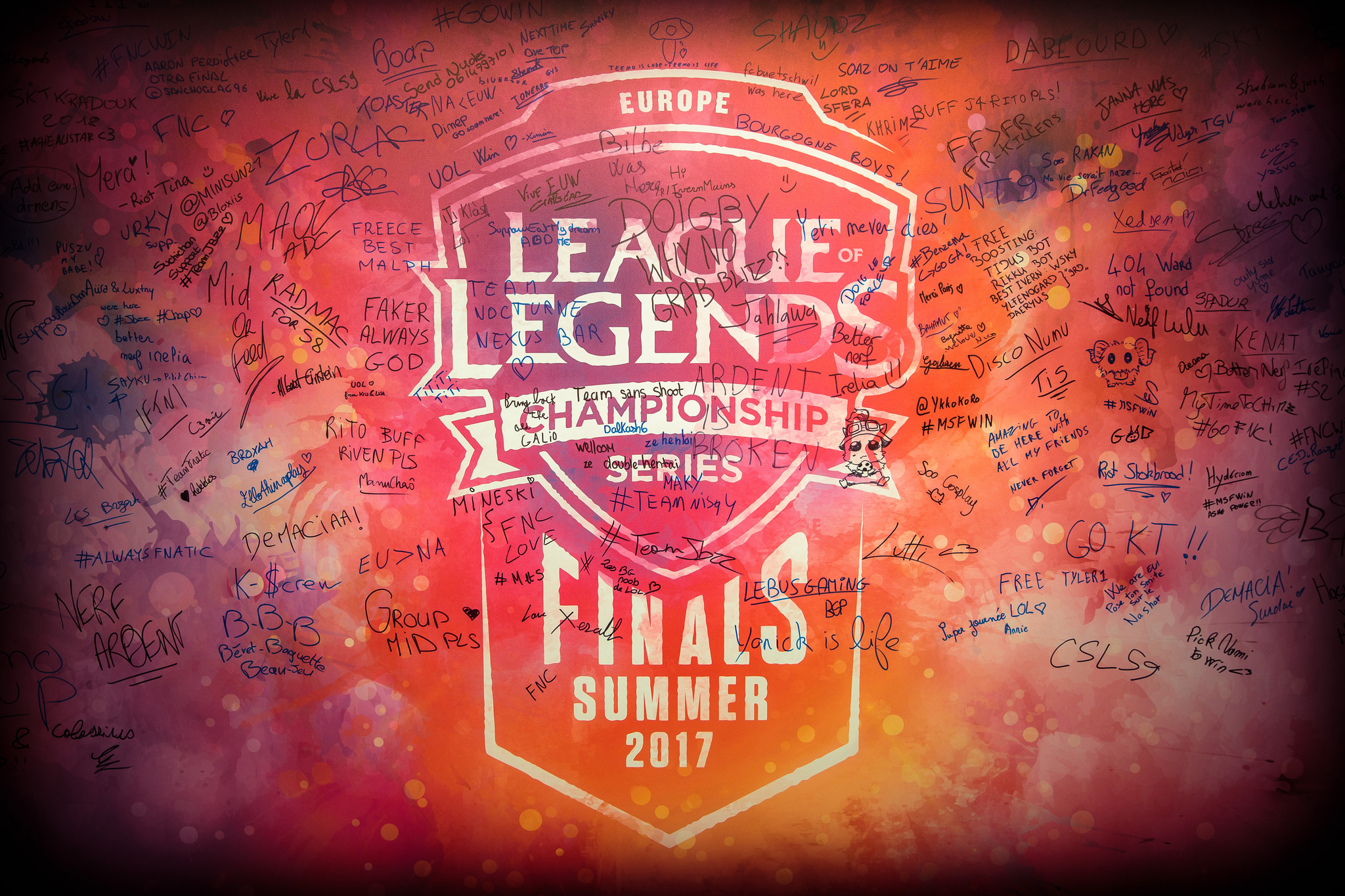 The last time there was a void in the EU LCS, it wasn’t a storied franchise like Fnatic, Origen, or H2K that filled it.

Instead it was an rebooted team, G2 Esports, that took the crown in the spring of 2016. After the exciting 2015 season, major players like Heo “Huni” Seong-hoon and Kim “Reignover” Yeu-jin left the region, leaving things in disarray. It was the perfect time for G2 to swoop in and crown themselves the title of Kings of Europe.

Now, after relative stability at the top of Europe for the last two years, things are changing again. Stars are once again leaving for NA, leaving the door open for new names to emerge. But this time, G2 may not be the ones to reap the glory. The most dominant team Europe’s ever seen was also a victim of roster upheaval and will head into 2018 with four new players.

Who got the best of the offseason and is ready to take on G2’s title? We took a look at all 10 EU LCS rosters to find out.

Despite falling out of the LCS in their debut split in 2016, Schalke have become a poster child for traditional sports sides getting involved in esports. Instead of panicking at the loss in value in their investment into League, S04 redoubled their efforts, suffered through some unlucky results in the Challenger Series, and made it back to LCS the old fashioned way.

Back in the LCS, they’ve assembled a roster that, on paper, looks legit. Both solo laners are strong and should provide plenty of pressure. Upset was the star of their promotion series last year, and Vander is an LCS vet. This is a snowball roster that needs to win lane. The question is whether they can make it all fit.

Best Case: Nobody can beat them in lane and they become the latest EU team to go from Challenger to the LCS finals.

Worst Case: The pieces don’t fit, the carries are forced to overextend without support from Pride (formerly known as Pridestalker), and the team fails to make playoffs.

Unlike most of their peers, Fnatic largely stood pat in the offseason, retaining the majority of their roster outside of the support position. That makes sense for a team that made it to the quarterfinals at Worlds but suffered from inconsistent support play.

They’ll have an advantage over the other teams at the start due to that familiarity, but there is a concern about their ability to grow. Fnatic issues last season were blatantly obvious, yet the team was unable to truly fix how they played out the lane phase—or any phase, really. That quarterfinals performance came off the back of an easy group and some disastrous throws by their opponents.

Coach Dylan Falco has good results on his resume, but has yet to prove that he can adjust strategically and really make his mark on a team’s macro play. That’s where new Team Director Joey “YoungBuck” Steltenpool, formerly of G2, comes in. G2’s play style has been one of the best in all of Europe, which explains their success over the last couple years. If YoungBuck can help Falco incorporate a similar system, look out.

Best Case: Fnatic are crowned the new champions as nobody can keep up with them. They figure out a flexible playstyle and Broxah and Caps take big jumps forward.

G2 lost a lot this offseason, especially with the departures of Jesper “Zven” Svenningsen and Alfonso “Mithy” Rodriguez to TSM. But not all is lost. They made big improvements at the top lane and jungle positions. And remember—when they first started winning in 2016, they didn’t have Zven and Mithy yet.

That said, the most concerning loss for this team is of coach Joey “YoungBuck” Steltenpool to Fnatic. GrabbZ’ pedigree is not nearly as strong. 2018 is a prove-it moment to see if he can lead a team of stars back to the title.

Best Case: The team doesn’t miss a beat and makes it five-straight atop the EU LCS.

Giants were glad just be back in the LCS for 2018 following a brief jaunt in the Challenger Series. They shouldn’t get too comfortable, however, because this is a pretty weak roster on paper. Anything higher than eighth would be fine for this Frankenstein roster.

Best Case: Managing to secure another split in the LCS.

Worst Case: They end up back from whence they came—Challenger.

Unlike other top teams that reloaded with veteran talent, H2K went the less-traveled route with a young team of unproven players. For an organization that’s publicly been uneasy on its involvement in the LCS, this smacks of cost-cutting in a bid to wait out the year until Riot Games develops a more permanent structure for the LCS.

Veteran, one of the most well-known analysts from the region, will get a chance to see if his stuff works on the big stage. He gets a couple carryovers from the Schalke roster he led out of Challenger in Caedrel and Smittyj. If Veteran is able to get everyone to play the way he wants, there’s hope.

Worst Case: Back to the promotion tournament for the former Schalke boys.

Misfits were the Cinderella team of 2017, taking SK Telecom T1 to five thrilling games in the Worlds quarterfinals. They did it with a strong game plan that took advantage of SKT’s weaknesses to engage supports and strong top lane play.

After bringing back the majority of the squad, this team isn’t going anywhere. But can they pull off the magic two years in a row? They’ll continue to play top to bot with this roster.

Best Case: There is a championship team here. Their ability to adapt in best-of-fives leads them to the EU LCS title.

Worst Case: The glass slipper no longer fits and Misfits lose in the first round of playoffs.

There’s some spunk to this team that’s been so close before. But we haven’t seen anything that would point to long-term success.

Best Case: They get into the playoffs as one of the lower seeds.

Worst Case: They fall to the bottom of the league table.

This is an interesting team. For a long time, Splyce’s strong tactics allowed them to punch above their weigh. Now, they’ve upgraded in talent and brought in an intriguing coach in Peter Dun. Dun led Brazilian side INTZ-eSports for a long time, and was one of the hottest coaches in the CBLoL.

Expect a more aggressive Xerxe who can do more with his laners. Xerxe managed to keep pace with losing lanes last year—imagine what he can do with priority.

Best Case: This is another squad with championship potential. For now, we’ll say that getting back to the finals would be a big step.

Worst Case: Four new players around Kobbe is too much change and they fail to make it out of the first round of playoffs.

The Unicorns have long been a fan-favorite for their splashy colors, bold style, and strong play. But the team seemed to reach a peak in 2017 while teams around them learned how to macro better and avoid UOL’s preference for headstrong and predictable teamfights.

The team suffered big losses in the offseason though, and on paper there’s less talent than last year, and that could spell trouble for a team so reliant on talent.

Best Case: Kold (formerly Trashy) teaches the team how to read the map and they make the playoff semifinals.

Vitality added a series of unknowns around Cabochard. Not that having established players like Nukeduck and Steelback—now on Schalke and Giants respectively—mattered in the past. Every year is a fight for survival for a team that’s somehow been in the LCS for a while. The hope is that YamatoCannon can bring results in his second year with the team. This could be a farm-til-late type of team that drags opponents through the muck even in losses.

Worst Case: They fall into the Challenger Series.