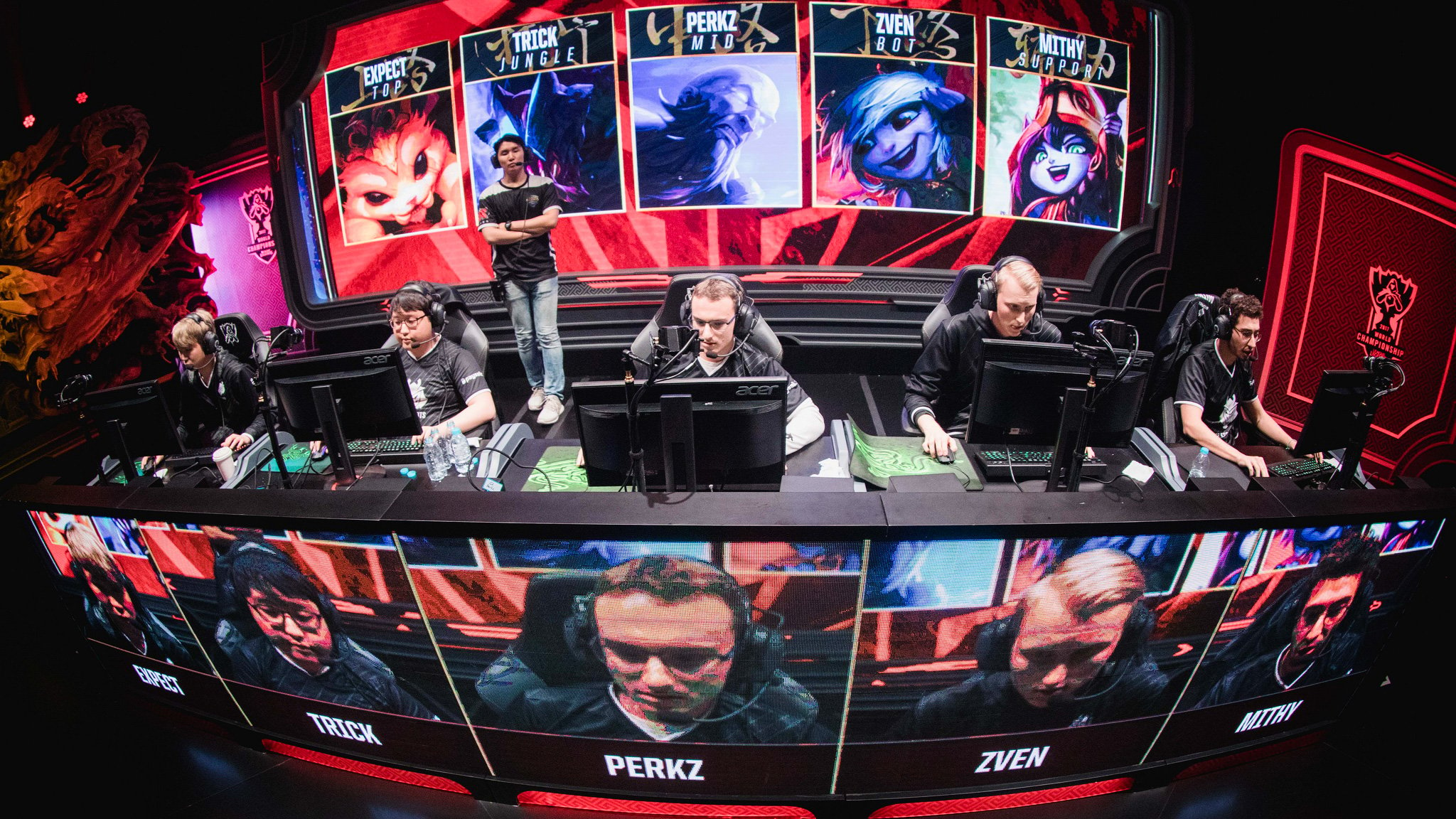 After a horrific start to Worlds, the death knells came out for EU LCS teams.

But then, things started to turn around. Misfits found a win against TSM to end the week on a high note. Then, in a totally unexpected turn, Fnatic went 5-1 last night, surviving two elimination tiebreakers to break through to the group stage.

Tonight, it’s G2’s turn. The kings of Europe have been extremely inconsistent at international tournaments, and they do face a deficit. But after Fnatic came back from 0-3, it seems like anything is possible.

What can G2 do to replicate Fnatic’s magic and advance to the knockout round?

The first thing they have to be wary of is to not underestimate anybody, especially Turkish wildcards 1907 Fenerbahçe. As we saw last night from GIGABYTE Marines, and even last year from INTZ and Albus NoX, the wildcards are here to play.

GIGABYTE have been the most fun team to watch at Worlds, and it hasn’t been particularly close. From pocket picks to insanely dangerous strategies, their games are chaotic, unpredictable, and entertaining as hell.

G2 are known for being precisely the opposite. They’ve ruled Europe these past few years by playing an extremely boring farm-until-late strategy that relies on superior macro to grind out wins. That’s their job against Fenerbahçe—respect their opponents and make the game as boring as possible. If fans are falling asleep in the stands and on stream, G2 will likely be winning.

But it’s not enough

The problem comes when G2 has to play the other teams in the group, notably Samsung Galaxy. Royal Never Give Up, sitting at 3-0 and playing like the best team in the group, may be out of reach. That means G2 will have to defeat an LCK squad—and get some luck—to make it out of the group. And even if that happens, they’ll likely have to play Samsung again in a tiebreaker to secure second place.

The first thing G2 need to fix is their draft. In their first game against Samsung, they gave away too many power picks that Samsung are comfortable with. Cho’Gath, Gragas, Taliyah, and Varus all went Samsung’s way. They got a winning matchup in Xayah, but could not keep up with the rest of Samsung’s composition. Their one innovation, Ivern in the jungle, fell right on his face.

Even with the bad start, G2 had opportunities, especially in the duo lane. That’s one of their strongest matchups, and ADC Jesper “Zven” Svenningsen got a kill on Park “Ruler” Jae-hyuk that set the Samsung player behind. But it wouldn’t end up mattering, as Ruler’s Relic Shield start meant his support got an early Ardent Censer, while G2 support Alfonso “Mithy” Rodriguez surprisingly went with Alistar.

The rest of the game was death by a thousand cuts. G2 didn’t make any huge mistakes or throw any teamfights. Instead, they continued to play passively, slowly ceding the map an inch at a time. That style works in the EU LCS, but it won’t cut it against a team well versed in macro and vision control like Samsung.

The good news is that G2 quickly corrected this mistake. They got a solid win off Fenerbahçe by putting top laner Ki “Expect” Dae-han on Trundle, a tank chomper. They were doing okay against Royal until they started feeding Jian “Uzi” Zi-hao’s Twitch. It doesn’t matter what state the game is in—a fed Twitch is a win condition in himself, and Uzi sprayed and prayed his way to victory.

G2 can learn from that. They need to punish Zven’s leads and roam with him to set up plays. Expect’s Trundle is a nice counter, but he’s just that—a counter. Putting priority on top lane is not a sustainable strategy in the Ardent Censer meta. Snowballing Zven is the way forward.

Instead, G2 should look to leave Expect on an island and focus around Zven. Expect will likely struggle against Samsung’s Lee “CuVee” Seong-jin, Samsung’s best player. But that’s a sacrifice G2 have to make in order to win elsewhere.

Samsung beat G2 because they were more together. They controlled the map as a team and fought in tight bunches, relying on tanks to peel for carries. It’s League 101—learning to teamfight as brothers.

If G2 can replicate that, maybe we’ll see more European magic tonight. G2 kick off their second week at Worlds against Royal tonight at 12am ET/11pm CT.