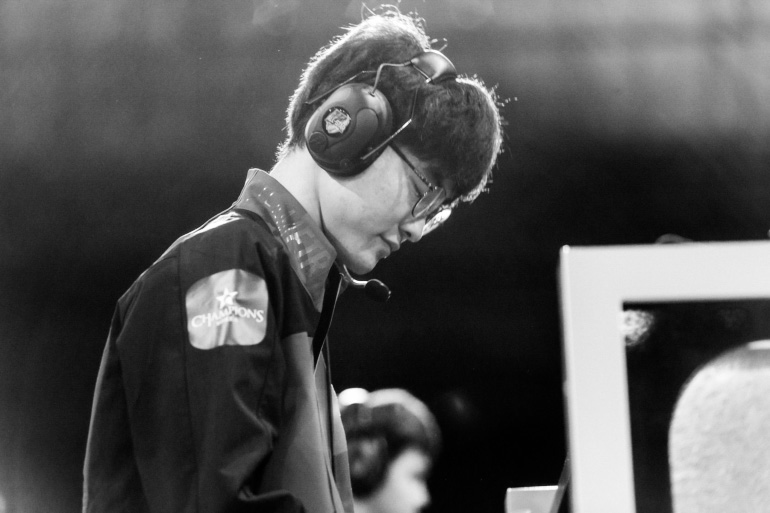 For fans worried that T1 mid laner Lee “Faker” Sang-hyeok was shopping around for other teams, your fears may be quelled.

Faker has extended his contract with T1 until 2021, according to the League of Legends Global Contract Database. The news was rumored yesterday, but as of today, it’s officially in Riot’s database. T1 hasn’t announced the contract extension yet.

Some fans believed that the Michael Jordan of esports would move on from T1 after a promising Worlds 2019 run ended in disappointment. But the star mid laner remains loyal to the team that picked him up in 2013, where they went on to win their first of three World Championships later that year.

T1 had some relative success in the 2019 season. Despite finishing in fourth place in the LCK Summer Split with an 11-7 record, the team cemented their victory over Griffin in the finals. T1 also beat Griffin in the Spring Split finals and took home the gold at Rift Rivals 2019 between the LCK, LPL, LMS, and VCS.

And Faker performed well at Worlds. He dominated on champions like Ryze and Tristana and maintained an overall 3.76 KDA. Fans wanted this year to be the mid laner’s shot at redemption after watching Samsung Galaxy hoist the Summoner’s Cup over their heads in a stunning 2017 upset. But European juggernauts G2 Esports were able to take out T1 in the most-watched esports match of all time.

The future of teammates Kim “Khan” Dong-ha and Kim “Clid” Taemin is a bit cloudy, however. The two, along with coach Kim “kkOma” Jeong-gyun, are being allowed to explore free agency. But Faker’s return to the organization bodes well for a potential T1 2020 World Championship run.