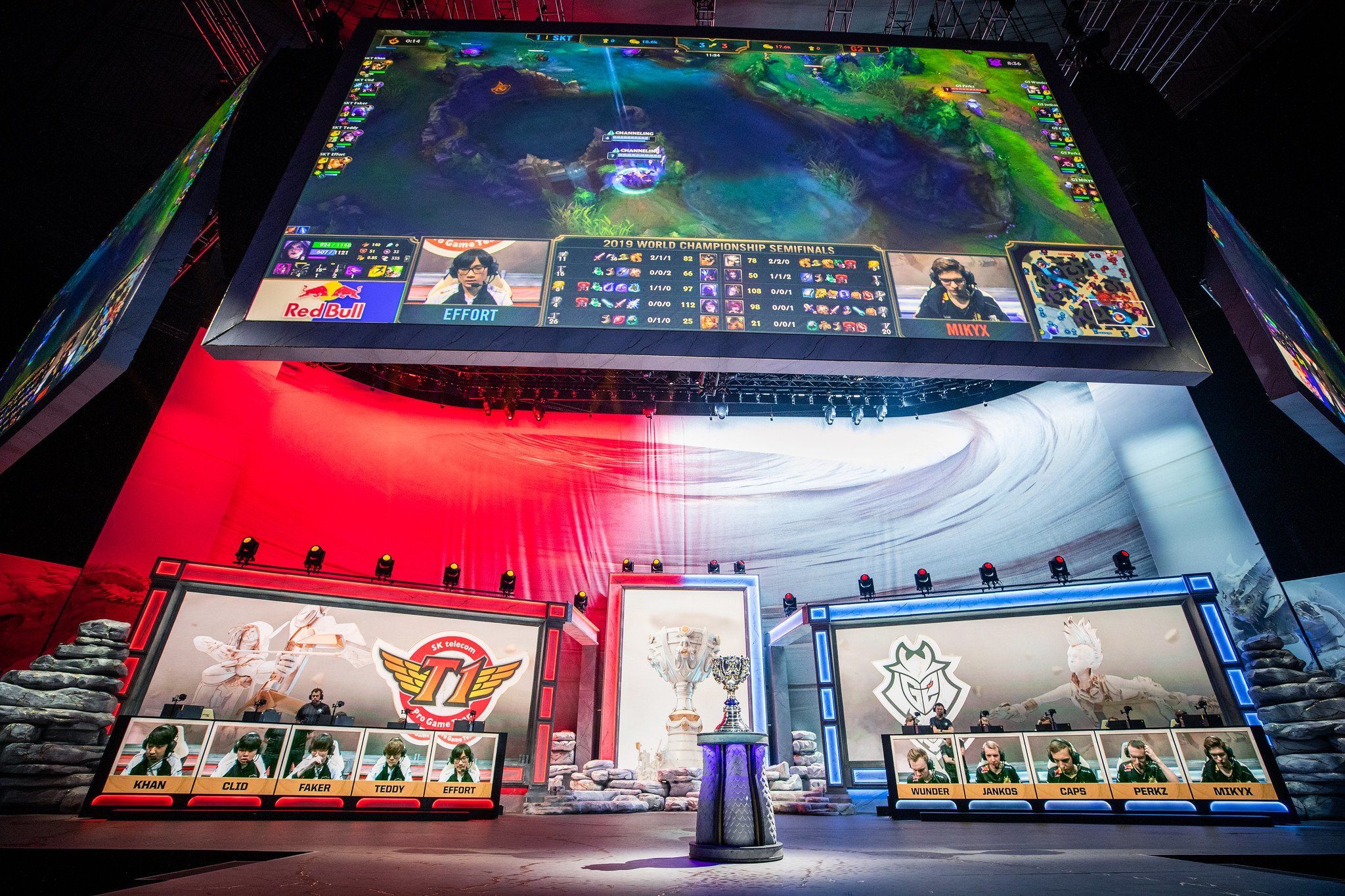 G2 Esports took down SK Telecom T1 today to lock down a spot in the League of Legends World Championship finals. But the European team’s victory over the three-time world champions isn’t the only accomplishment to celebrate. The series logged just under four million peak viewers, excluding Chinese viewers, to claim the title of the most-watched game of any esports event, according to the analytical service Esports Charts.

The G2 vs. SKT matchup reached 3,985,787 peak viewers for its fourth and final game across multiple platforms such as Twitch, YouTube, Facebook, AfreecaTV, Garena Live, and Naver. YouTube held the highest peak viewer count out of all the platforms, with just under two million viewers tuning in on the site to watch.

This also completely smashed the previous record set by Epic Games’ Fortnite World Cup, which brought in just over two million concurrent viewers in July. With fans from South Korea, North America, and the home crowd of Europe all supporting their respective teams, this Worlds semifinals match was expected to break some big records.

This series between G2 and SKT might have been one of the best in League‘s history; it was a battle between the unstoppable force of Korea’s perennial champions and the best team the West has ever seen. In the end, however, G2 came out on top, showcasing some of the best gameplay fans and analysts have seen in a long while.

We will now wait for the finals match between G2 and China’s FunPlus Phoenix, which will take place on Sunday, Nov. 10. We might be witnessing history in the making—if G2 manages to win, they will have won every major tournament this year, from both the 2019 LEC Spring and Summer splits, MSI 2019, and finally: Worlds 2019.