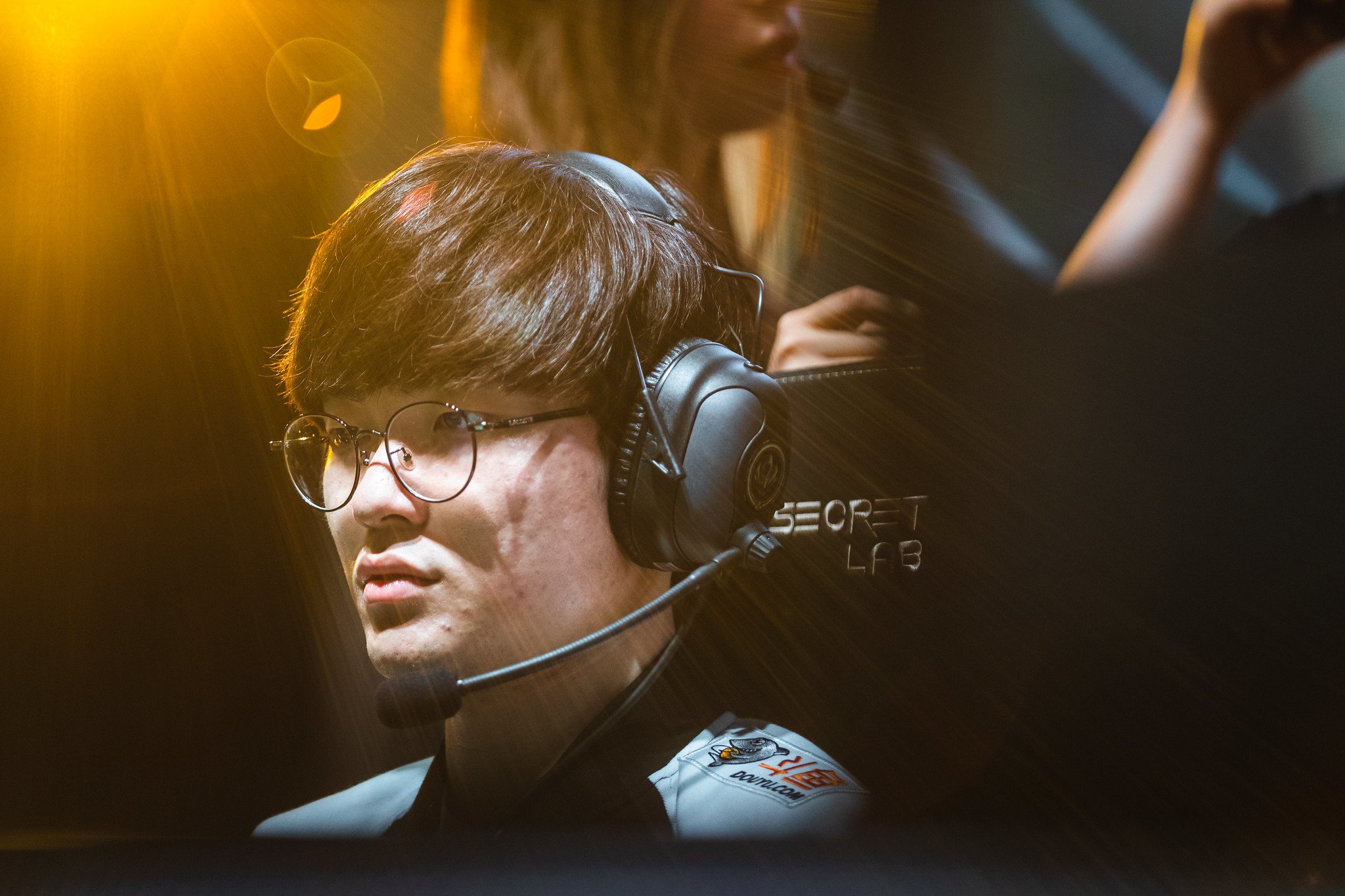 The confetti started to fall and the cheers grew loud at the Bird’s Nest stadium in Beijing when League of Legends‘ 2017 world champions were crowned. Samsung Galaxy had finally done it—they’d beaten SK Telecom T1 and were hoisting the Summoner’s Cup above their head.

But Lee “Faker” Sang-hyeok sat in the soundproof player booth with his head in his hands, crying. The rest of his team was stunned into silence, wearing blank stares of disbelief.

As SKT left the main stage, Faker gave the trophy one last, longing look. We’d never seen him like this before. At that moment, Faker was no longer a god. He was no longer the Unkillable Demon King. He was simply a man who watched his dreams get stolen away with a single Varus ultimate.

Even with the loss, many still considered Faker to be the greatest player in the world. His legacy couldn’t be stained because of one failed tournament. As Christopher “PapaSmithy” Smith once said, he has “earned that right for all his great performances for many years.” But does Faker know that?

“I am cursed with a mentality of competitiveness,” Michael Jordan once said. Like Jordan, Faker is the greatest to ever play his sport. And this relentless competitiveness is the curse of all top players, whether it’s basketball or League. Similar to Jordan and Kobe Bryant, Faker will sacrifice everything to win, especially for the championship he’s been craving since 2017.

In the past, Faker was the man on SKT. This isn’t to say that his teammates were bad, but everyone knew that this team only played as well as he did. And Faker always played well. But as League skewed toward a more team-centric style, SKT could no longer rely on just Faker. Last year was SKT’s worst yet. The team lacked real firepower in four of its five roles. This was also only the second year in which Faker missed the World Championship.

In 2019, people wondered whether Faker would decide to leave SKT to find success elsewhere. But who really wanted that? Seeing Faker without the winged logo of SKT would’ve just felt wrong. The slate was wiped clean by the team’s management, though, and every role was replaced—except, of course, the mid lane.

Now, Faker has a plethora of talent that can take the wheel if necessary. Kim “Clid” Tae-min, for example, might be the most important player for SKT and could even be the best jungler in the world. He activates his laners in the most efficient way possible and absolutely dominated Griffin’s Lee “Tarzan” Seung-yong in the 2019 LCK Summer Finals.

Meanwhile, Park “Teddy” Jin-seong is the team’s late-game insurance policy with some of the best teamfighting we’ve seen from an AD carry. His ability to thrive—even without a ton of resources or attention—is what makes SKT’s mid-to-late game skirmishes so deadly.

There are threats coming at you from all angles. The Unkillable Demon King has returned and he’s bringing some heavy hitters to the table. He doesn’t need to put the team on his back anymore—and that, of course, makes them that much more lethal.

There are plenty of teams vying to stunt the SKT redemption story. G2 Esports are looking to secure Europe’s first championship since season one. FunPlus Phoenix aim to place China back on top of the world. Griffin want revenge for their two straight losses in the LCK playoffs. And a multitude of teams are jockeying for positions in between.

But yet, we still have that feeling in our chest—the same feeling that every single team in the tournament will probably have this October. It’s the feeling of impending doom when SKT take the stage.

Ultimately, Faker has been reborn. And not through some grand entrance, but through the ashes of his past failures. Faker isn’t hungry for this championship, he’s starving for it. You could see it in his tear-filled eyes when he peered back at Samsung Galaxy while they lifted the trophy in 2017.

He may not be headlining the news with flashy plays or pentakills. But when Faker is needed, he shows up. At MSI 2019, he was the best player in a losing effort against G2 and, even then, they took Europe’s top seed to a grueling five games. SKT have to keep adapting and innovating to keep up with the rest of the world, but coach Kim “kkOma” Jeong-gyun will be helping them every step of the way.

Faker has felt the bitter sting of defeat once, but you can bet that he’ll never want to experience that again. This is his chance to secure his legacy and take back what was lost. This is his time to prove that he’s still the best player in the world.