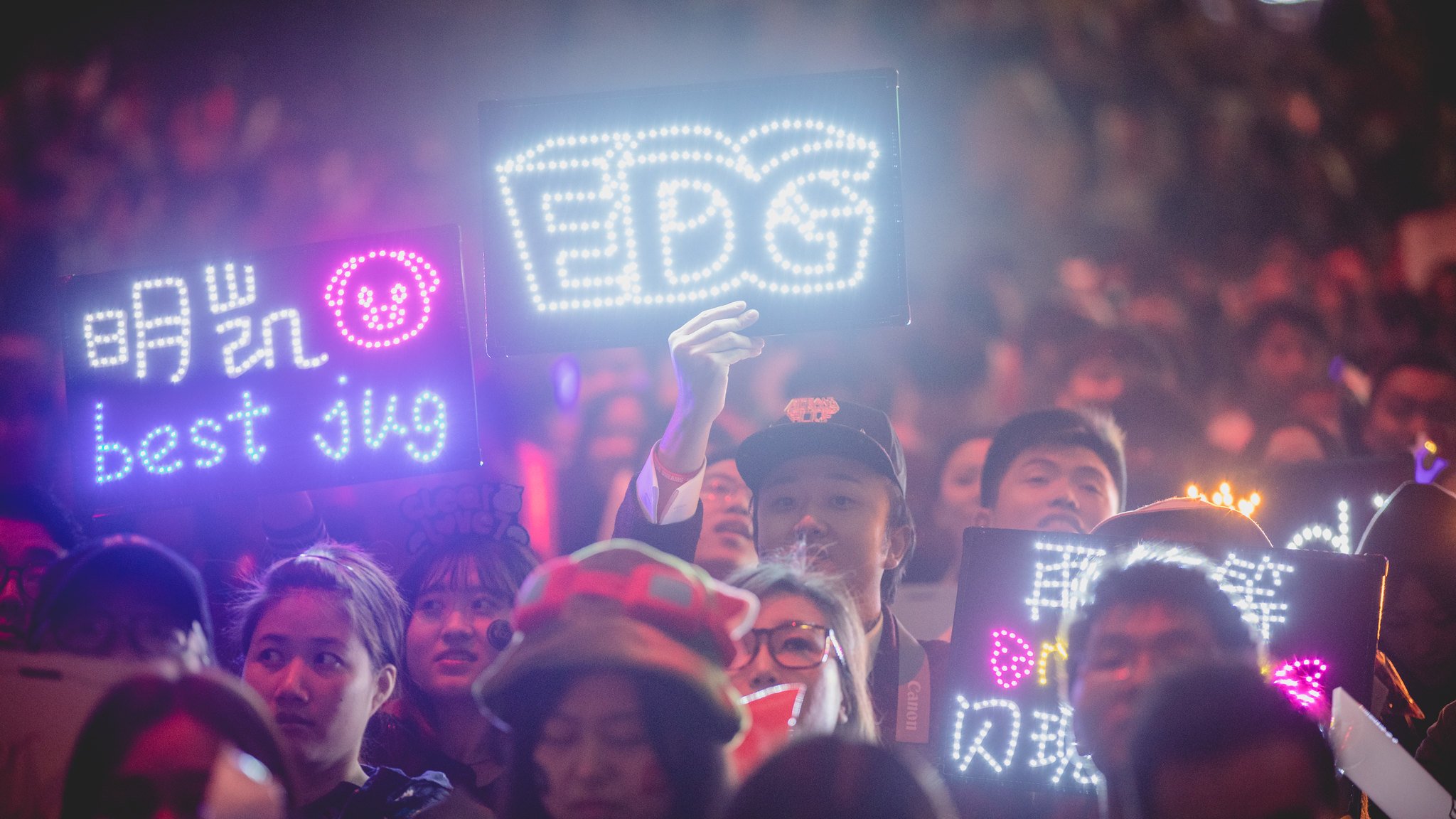 The modern era of League of Legends esports began in 2013 when Riot Games started exerting more control over the competitive scene by establishing a regional league structure that persists today.

But from an international competition standpoint, little changed. Worlds was the biggest tournament, but other events like IEM were less consistent in the way they were organized. So in 2015, Riot sought to rectify that through the establishment of a modern international schedule featuring two major tournaments: the Mid-Season Invitational and the end-of-season World Championship.

If 2015 was the first real year of international League play as we know it, then China’s EDward Gaming were the first champion. EDG stormed to a dramatic five-set win in the MSI 2015 final, earning the first international trophy of the modern era. That moment was supposed to mark the start of a new competitive era with EDG at the forefront.

That second part never happened. EDG never made another international final. What was supposed to be glory for China turned into years of disappointments for all LPL representatives. Now, four years later, the EDG era has finally ended since they’re missing out on Worlds for the first time since 2014.

Over the last six years, EDG have given us great moments and legendary players, but also more heartache than most fans—outside of maybe those loyal to kt Rolster—can fathom. It’s easy to dwell on their shortcomings as we look back on their historic run. That’s the easy way out. EDG should be remembered as a fun team that defied expectations to bring life to the game. They may be gone for a while, but you can see shades of their style in the play of many teams at Worlds 2019.

By 2013, League’s competitive scene had more or less crystallized. The randomness of 2012—which included the most infamous match in League history—had dissipated in Riot’s more organized regional league structure.

One region that seemed to stand out was China. After seeing Taipei Assassin win Worlds in 2012, it seemed like Chinese-speaking teams were going to rise to the top echelons of the game to battle it out with the Koreans. And indeed, one team did that—Royal Club went into the season three Worlds finals as favorites vs. SK Telecom T1 before the legendary Korean side came out on top.

But then things fell apart in 2014. Sure, Royal Club made it to the Worlds final yet again, but they only beat fellow LPL squads, including EDG, to get there. They were regarded by few as real contenders against Samsung White, their finals foes who had to go through sister team Samsung Blue to get there. ADC Jian “Uzi” Zi-hao got Royal a game, but that was all he could do while White steamrolled his team to capture the Summoner’s Cup.

Major changes happened in the LPL in response to Worlds 2014 and EDG were at the forefront of the wave. They added Korean ADC Kim “Deft” Hyuk-kyu from Samsung Blue and world champ mid laner Heo “PawN” Won-seok from White. It was the perfect marriage of two primary Samsung carries, and for one tournament, it all worked beautifully.

A day in the sun

A few weeks into the 2015 campaign, the last piece for EDG fell into place when support Tian “Meiko” Ye ascended to the starting roster. The team was now a perfect mix of Chinese and Korean talent. Meik teamed with jungler Ming “Clearlove” Kai to form the strategic backbone of the team. Deft and PawN served as the carries. Chinese top laner Chen “Mouse” Yu-hao just had to survive in the top lane.

That roster won the 2015 LPL Spring final during an off split for Royal. It was the first in a long series of domestic successes for EDG. Their style—fast and bloody—perfectly suits the region. They love to posture around mid lane and first blood is often achieved before five minutes. In fact, over time, a lot of the way they play has manifested in the style of others, from IG’s mid lane skirmishing to G2’s penchant for taking risks. You don’t know heading into an EDG game if they’ll win, but you do know that they’ll be fun to watch.

At MSI 2015, fun to watch also turned into highly successful. The group stage at MSI was a breeze—the team only dropped its match vs. SKT. But then SKT struggled with map control in their semifinal match with Fnatic and EDG smelled blood. Five maps later in the final, China finally had its international crown.

Many people expected that to be just the start of a new generation of Chinese dominance. But that didn’t happen. In the group stage at Worlds, EDG lost both games to SKT and didn’t look great in either one. Nobody was really surprised when they were beaten 3-0 in the quarterfinals by a Fnatic side that went undefeated in the EU LCS that summer.

How we remember them

EDG’s persistent failures at Worlds over the last few years have come to define them. Time after time, they’d come in with high hopes only to see them crushed in brutal ways. In 2016, they went on an absolute rampage through the LPL, accruing a 16-0 record that included only five game losses and taking down RNG 3-0 in the final. Then they lost their first Worlds game not to a great Korean or European team, but to international squad INTZ.

When Mouse withdrew from that competition due to a family emergency, their thin hopes at advancing past the quarterfinals were formally crushed. The next year, it was even worse: They threw away one of the most dominating leads we’ve ever seen against SKT and failed to even get out of the group stage.

Last year, with no pressure to really do anything, they faded out of the competition once again in the quarterfinals. Other teams who showcased their playstyle, like eventual champions IG, simply did it better. It’s ironic that the LPL team that finally won Worlds did so while adapting a distinctly EDG-flavored style. This year, EDG wasn’t a factor in either LPL split, accruing a pair of 9-6 finishes that were good enough to give them a playoff shot, but nothing more.

How should we remember this team that’s given us so many highlights from China but so many disappointments in other settings? How should we remember a player like Clearlove, who was once probably the best jungler in the game, but couldn’t keep his carries safe when it mattered? They have that one MSI championship from all those years ago, but is that title enough?

Or do we have to remember them at all? As we’ve pointed out, you can see shades of their play everywhere. In a lot of ways, what EDG represented—fast games with bloody outcomes—are alive and well. They may be gone from this year’s World Championship, but their legacy lives on right in front of our eyes.