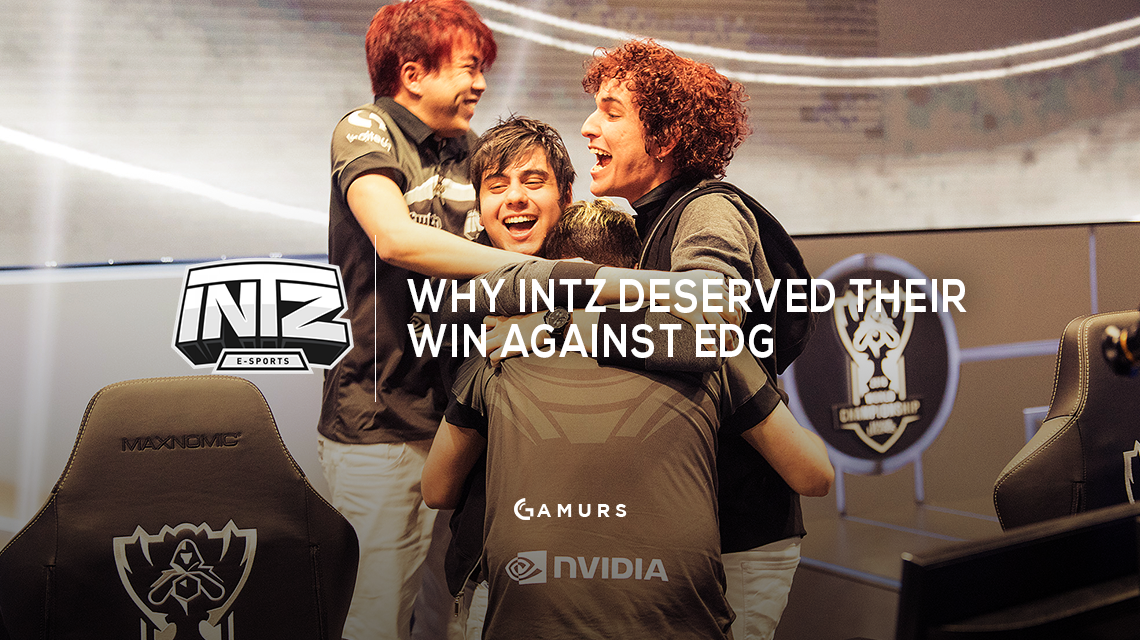 A wise man once said, “The thing about going against your idol is that you know everything about them and they know nothing about you,” and that much was true in this now legendary matchup between EDward Gaming and INTZ e-Sports. This classic matchup now allows us to look back at Worlds 2015 with the famous run of Origen, another team that no one thought would get very far.

Coming into Worlds, many (including myself) had a habit of passing on the International Wildcard teams, believing they wouldn’t win any games at all in the groups and becoming near enough outcasts of the competition. But if yesterday’s win gives us anything to think about from many surprise victories coming out of the woodwork, Worlds seems to have found its excitement again, where the idea that all 16 teams have a viable chance of winning the Summoners Cup holds true.

It feels like EDG became too complacent against this INTZ side. Expecting to take an easy game, EDG was making minimal mistakes that felt like they hadn’t given INTZ the respect they deserved during an international game, whereas INTZ was giving EDG a lot of respect throughout the game in order to pull ahead. They were able to provide such pressure on the LPL top seed, and at the end of the day, they had nothing to lose; they were cast aside as the team to fail. Without that pressure, INTZ was able to dominate on every minor play, leaping on EDG Mouse up top, who seemed to be lacking his usual form.

I have to give credit to INTZ Revolta. He was a machine and was working hard on Lee Sin, a champ we haven’t seen since International WildCard qualifiers for MSI. I would have loved to see what was going on in Abaxial’s, coach of INTZ, mind before, during and after this game, after what I feel was a great team effort to make this upset happen. He said it himself that “this group is about as good as a draw as we could have hoped for” in a previous interview with him, and it seems like his statement could be true.

INTZ Yang was also an absolute monster. His entire performance was an incredible spectacle that few expected against the LPL number one seed; it was their game to lose for the majority of the game.

How far do you feel INTZ will go? Let us know at @GAMURScom and don’t forget to check out our Road to Worlds series to see how INTZ got to Worlds in the first place here.