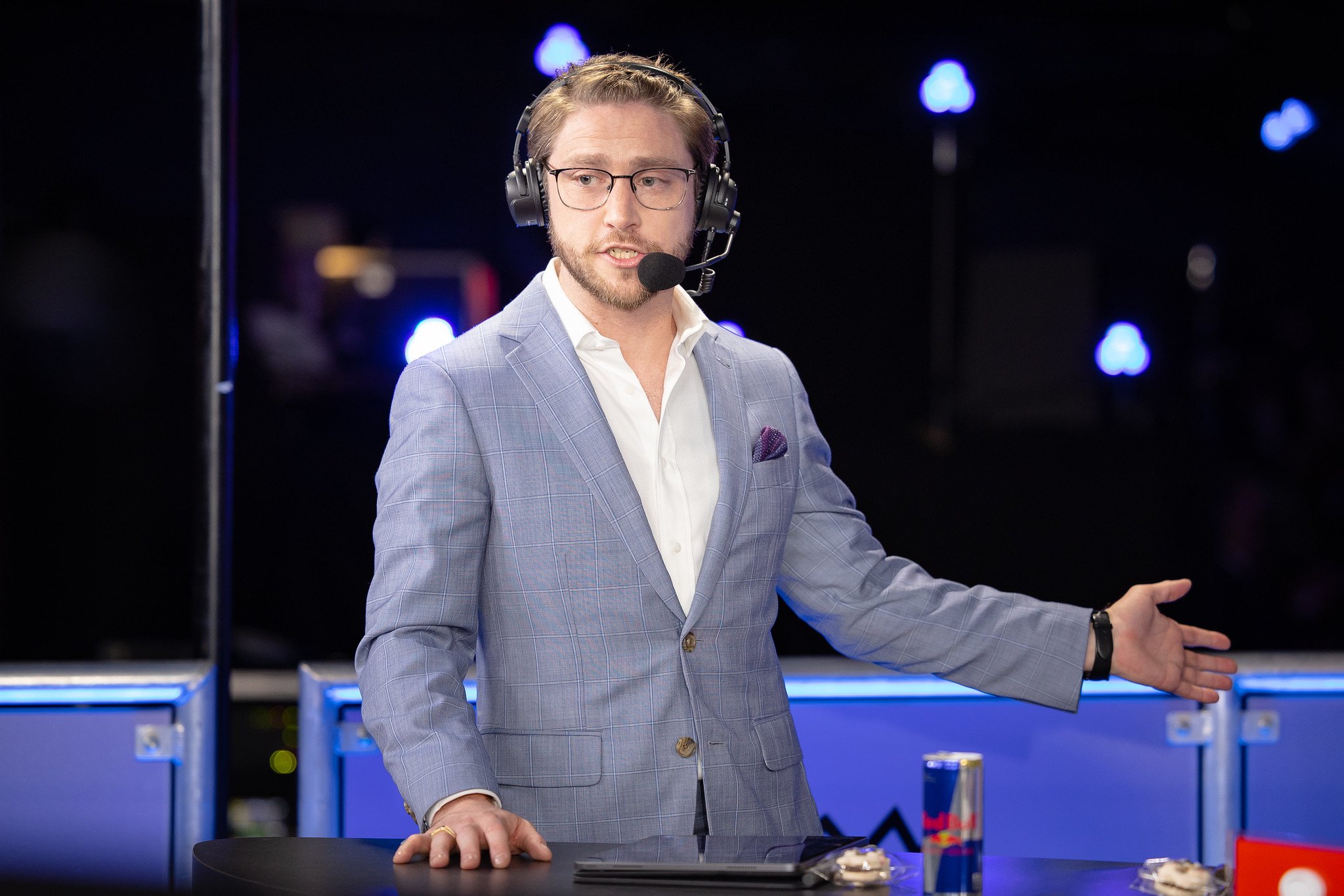 Following much fan outrage and hysteria, former LCS desk host James “Dash” Patterson will be sticking around the LCS broadcast in a new role for the 2023 season, the league confirmed earlier today.

This season, Dash will host an all-new roadshow for the LCS that follows players outside the arena and will look to get a glimpse into their personalities outside of what fans usually see from them on game days.

“We’re unleashing Dash from the desk to lead his own excursion show with LCS players, coaxing unseen personality quirks from our pros as they travel outside the arena,” the LCS said in its update post today.

Earlier in the LCS offseason, news of Dash’s departure from the hosting role shocked the North American League community since he had served as the LCS’ host for nearly a decade. An update from Dash earlier this month said that “the new direction of the LCS doesn’t have a need for a consistent host,” and moving forward, he’ll be in a lighter role than what fans are used to.

Related: Riot didn’t try to negotiate with Dash at all before cutting his role

The focal point of today’s update from the league, apart from news regarding Dash and the league’s reaffirming that the season’s games will start two hours later than originally planned on matchdays, was that the Spring and Summer Split finals will both be played in venues on the East Coast of the U.S. Raleigh, North Carolina and Newark, New Jersey (which was originally planned to host the 2021 Summer Split finals before complications with COVID forced a last-minute relocation) will serve as the host cities for the Spring and Summer finals, respectively, this season.

Beyond the anticipated outside-the-arena content that Dash could produce with players on the streets of Santa Monica, California, where the LCS’ regular season games are played, opportunities to explore those two cities could arise later in the year.

The LCS season is set to start next Thursday, Jan. 26.