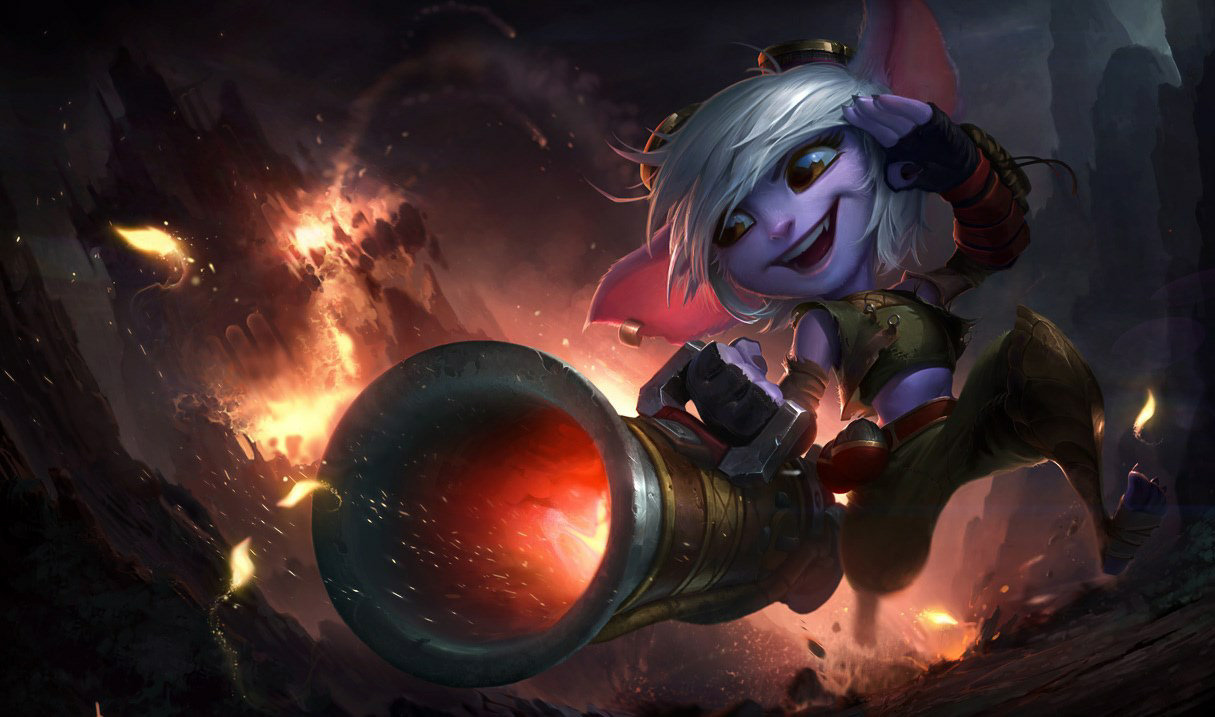 In 2019, League of Legends fans were able to vote on which Tristana skin they wanted in the game next. Although the eventual winner was Little Demon Tristana, Riot Games splash artist Horace Hsu drew up a splash art concept for another one of the available options in a fun “what if” type of scenario.

Hsu created an out-of-this-world splash art for Galactic Gunner Tristana, which was a reimagining of the popular yordle as another character in the Steel Valkyries universe.

Her backstory hints at her being a mercenary sent out to find two stolen exo-suits, which are in both Bullet Angel Kai’Sa and Gun Goddess Miss Fortune’s possession. As a result, there probably would have been a ton of snarky interactions between the champions and their respective skins.

The splash is well-detailed, as expected from an artist of Hsu’s caliber. After all, he also drew up the art for multiple popular champion skins, such as Spirit Blossom Kindred, Space Groove Lulu, Blood Moon Sivir, Shan Hai Scrolls Neeko, and the 2019 April Fools’ Day splash featuring Corgi Corki.

In the art, Tristana is armed with a giant purple blaster, as well as purple clothing and armor. She’s also sporting white hair, some protective goggles on her head, and is flanked by cute little alien blobs that have blasters of their own. The Yordle Gunner has similar attributes to Little Demon Tristana with large, sharp ears and fangs.

It’s a shame that this skin most likely won’t see the light of day on Summoner’s Rift, but it’s fun to see what could have been if the community had chosen the cosmetic over Little Demon. Many fans might be curious to see if Hsu ever decides to create concept art for the third and final choice of the vote, Sugar Rush Tristana.