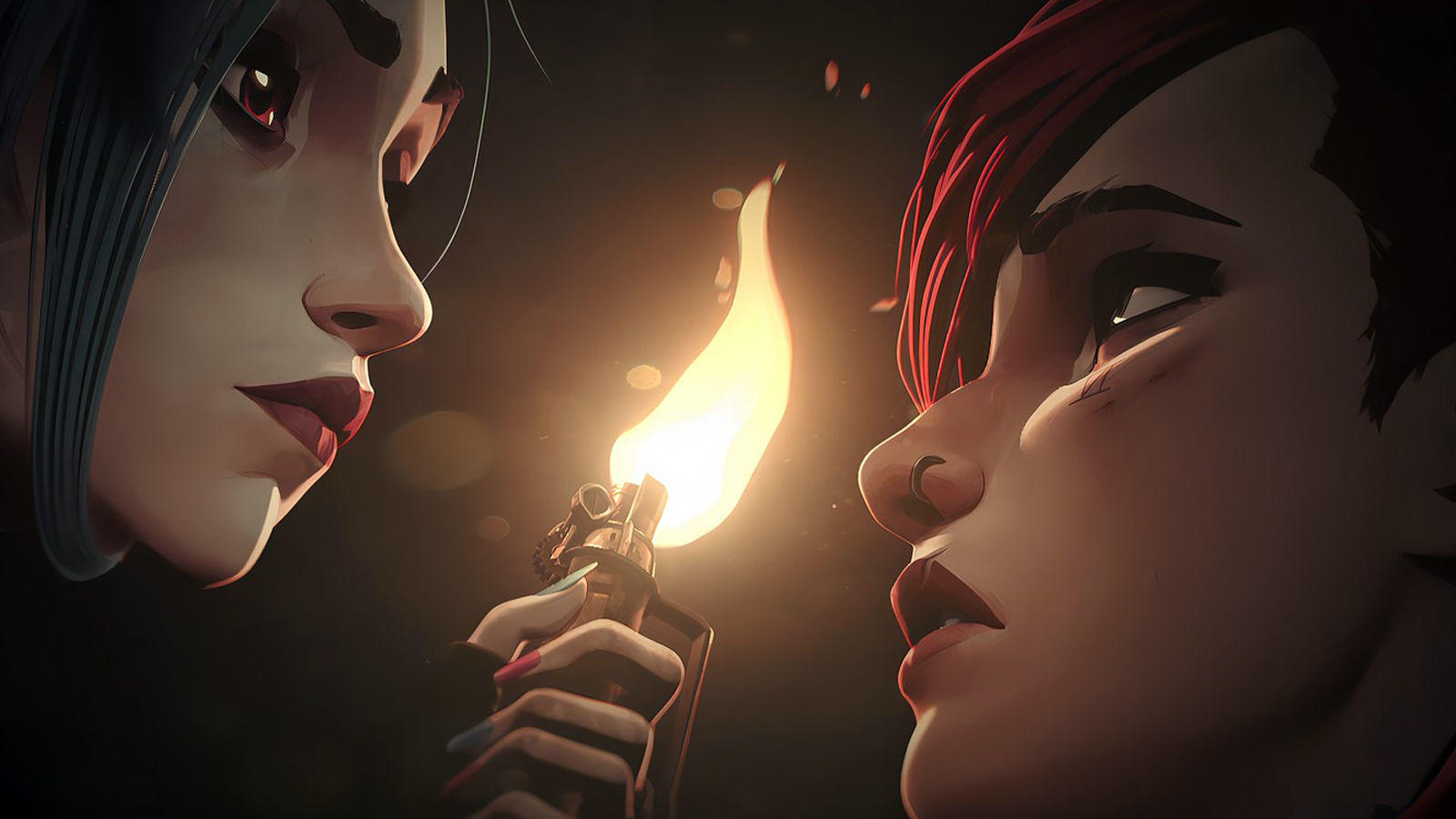 Photo via Netflix for Riot Games

Arcane was specifically nominated for the sixth episode of the first season, titled “When These Walls Come Tumbling Down.” Fans should remember this climactic turning point of the second act as the episode that included a now-signature sequence in which Jinx lights a blue flare before a standoff with the Firelights.

This year, Arcane went up against Bob’s Burgers, Rick and Morty, Marvel’s What If…?, and The Simpsons. Since 2016, Arcane has been the second show to win the award without being in that group of nominees.

Related: Everything we know about Arcane season 2

Throughout the past month, Riot has been releasing episodes in a five-part docuseries on YouTube called Arcane: Bridging the Rift. The series dives into the behind-the-scenes efforts on the show, detailing Arcane’s birth as a project and its development process over the last six to seven years.

The second season of Arcane has not yet been given an official release date but has been confirmed to be in the works. While it shouldn’t take another six years for a second season to release, it was confirmed by Riot Games CEO Nicolo Laurent that it wouldn’t be coming in 2022.