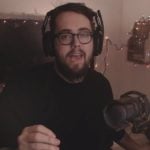 Brett “Dakotaz” Hoffman is a household name in the Fortnite community. He started his streaming career in 2012 with Infestation: Survivor Stories, one of the earliest titles of the survival genre. He later moved onto H1Z1 and then PUBG, which helped him slowly build himself an audience with his high-quality gameplay and jovial personality.

His YouTube and Twitch channels quickly started picking up steam with the release of Fortnite in 2017, and he later joined Team SoloMid as a content creator.

While Dakotaz may not be a professional player, he’s still a top-tier Fortnite player who aims for a high-place finish in every match he joins. If you intend to play or stream close to his standards, then improving your setup with some of the finest gaming equipment in the market can help you take a leap in terms of gaming quality.

A gaming mouse is a crucial part of any competitive gamer’s setup. Compared to cheaper mice, ones designed for gaming have a lower response time and better sensors to ensure that your actions transition into the games you play instantly.

Dakotaz uses Logitech’s G502 Hero gaming mouse, which is the modern version of the cult-classic MX518. The G502 features the same ergonomic model as the MX518 alongside a better cover for gripping. It has the HERO sensor, which is Logitech’s most accurate sensor that can go up to 16,000 DPI. The mouse takes customization to another level since, on top of its 11 programmable buttons, it also comes with adjustable weights. These weights allow players to make the mouse just right for themselves.

Though gaming mice nowadays feature highly advanced sensors that can glide on any surface, wood and glass tend to wear down your mouse’s feet alongside causing tracking issues.

Dakotaz uses a custom Team SoloMid edition of the Logitech G640 gaming mouse pad. It’s one of the larger mousepads in the market, measuring at 0.12 by 18.11 by 15.75 inches / 3 x 460 x 400 millimeters. If you own a Logitech mouse, getting a mousepad from them is an ideal choice as well. Considering the company uses the same cloth surface on G640 to test out all of its mice, you’ll have a refined gaming experience.

Your mouse will do the fragging most of the time while your keyboard handles the transitions between your spells and guns. Even milliseconds can make a difference in a skirmish where you may need to switch to your pistol or cast a spell to escape. Mechanical keyboards’ low response time and special switches, designed for gaming, make them a great ally to have in competitive games.

Dakotaz uses Logitech’s G Pro mechanical keyboard. It comes with Logitech’s Romer-G switches, which were engineered to provide a similar gaming experience as the MX Reds while being more responsive and quieter. The tenkeyless design of the keyboard makes it an excellent choice for gamers running out of desk space and low DPI mouse users. The compactness also comes in handy if you travel a lot for LAN parties or tournaments.

Competitive gaming is a business where you’ll need to utilize all of your senses, including hearing. Though most gamers think that a pair of low budget earbuds may do the trick, they may not cut it if you want to stay on top of the leaderboards. A gaming headset makes it easier to distinguish the direction of the sounds around you which will always help you prepare for the worst.

Dakotaz uses Logitech G Pro’s gaming headset. It does a great job of amplifying sounds like footsteps in the game while making sure that you don’t get distracted by any outside noises with its up-to-16 decibels noise cancellation. It comes with two different earpads being leatherette and microsuede to ensure a comfortable fit for everyone.

A decent gaming headset wouldn’t be complete without a top tier microphone, however. The G Pro headset has a cardioid microphone with a frequency of 100 Hz to 10 kHz. Though it’s nothing studio-grade, it should be more than enough for crispy clear Discord and Skype calls. 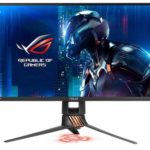 At a specific price point, all monitors start looking the same in terms of visual quality. Image grade isn’t what gaming monitors are after, though. Their lower response time and high refresh rates ensure a smooth gaming experience without any delays.

Dakotaz uses the ASUS ROG Swift PG258Q, a 1920×1080 monitor with a response rate of one millisecond. This monitor, combined with a 240 Hz refresh rate, allows Dakotaz to see faster than his opponents and stay on top of his game.

Though a high refresh rate is essential in competitive games where even milliseconds can matter, you’ll need to match the refresh rate in terms of frame-per-second (FPS) to take full advantage of your monitor, and it requires a powerful PC.

A powerful graphics card is an integral part of any gaming setup if you aim to achieve high frames. Though it’s possible to find multiple variants of the same graphics card from different manufacturers, the performance you’ll get should be more or less the same.

Dakotaz uses NVIDIA GeForce RTX 2080 TI, one of the most powerful GPUs of the Turing architecture generation. With 11GB of VRAM in its arsenal and its core clock speed of 1360 MHz, the 2080 TI never runs out of resources to keep your game as fluid as possible.

It’s also possible to overclock 2080 TI clock speed up to 1635 MHz which makes it even more future proof than it already is. While overclocking has a reputation for lowering your peripherals’ lifespan, you should be more than fine if you have enough cooling in your rig.

More games started using CPUs’ resources over the past decade. These games often are referred to as CPU-intensive, and pairing a robust GPU with a subpar CPU would leave you to struggle in terms of game performance.

Dakotaz uses Intel’s I7-7800X six-core processor. Though the CPU is a couple of generations behind now, it comes with a core clock speed of 3.5 GHz and can be boosted up to 4.0 GHz. This alone allows the I7-7800X to go toe-to-toe with the most powerful members of the newer generations.

While the new can always be tempting, snatching a powerful CPU for yourself from past generations will almost always be cheaper than going for more recent options.

A studio-grade microphone can be overkill unless you’re a streamer. Though microphones attached to gaming headsets are more than for voice communications, static and background noises may become annoying for viewers.

Dakotaz uses Heil’s PR40 that has a frequency response of 28 Hz to 18 kHz. Combined with its 600 ohms of impedance, this microphone gives the impression that Dakotaz’s streaming from a professional studio. The cardioid microphone also has a retro look, which can be a nice element to have if you enjoy doing karaoke streams.

Getting yourself a studio-level microphone, even if you aren’t a streamer, can be a great way to impress others. The quality of a microphone like Heil PR40 is easily distinguishable from any headset microphones, which lead to compliments to your audio quality.

All the equipment above would go to waste without a comfortable chair since you’d need to get up regularly due to aches from bad posture. A good gaming seat allows you to feel as natural as possible while ensuring proper posture.

Dakotaz uses Vertagear’s Racing Series SL2000 Team SoloMid edition, which features the team’s logo and colors. The stylish chair is coated with PVC leather and has one of the most straightforward installation processes in the market. It assures its durability with a steel frame and a reinforced base, which should make it quite hard to break. It also comes with additional accessories like a memory foam headrest pillows and lumbar support cushions that make it easier to adjust your sitting position.