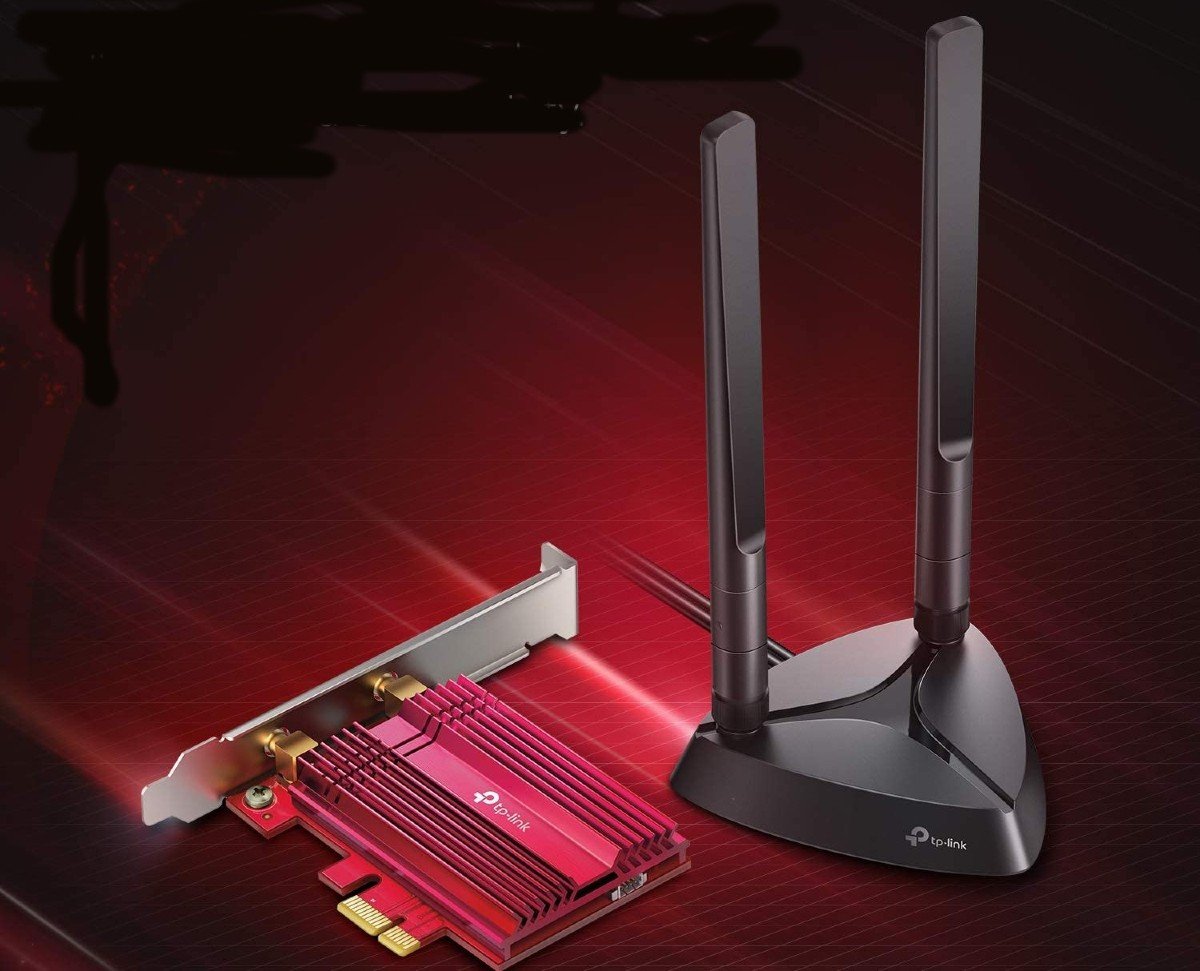 Some desktop PCs have poor connectivity options because they don’t have onboard Wi-Fi, or the Wi-Fi adapter isn’t compatible with the latest Wi-Fi speeds. Sometimes the onboard card gets damaged, and it’s easier to get a PCIe card than replace the whole motherboard.

Modern Wi-Fi cards have dual-band capability to work on 2.4GHz and 5GHz bands while extending the PC’s Wi-Fi range. These cards push fast Wi-Fi speeds to keep up with the latest games, and some include Bluetooth connectivity.

Most of the cards on this list are compatible with Wi-Fi 6 ( 802.11ax), which offers Multi-User-Multiple-Input Multiple-Output (MU-MIMO) capability and Orthogonal Frequency-Division Multiple Access (OFDMA). These technologies improve connectivity, especially when there are many devices on the network.

While Wi-Fi 6 is widely used on modern devices, Wi-Fi 6E is already on the way. Wi-Fi 6E has all the capabilities of Wi-Fi 6, but it opens up the faster 6GHz network band. Although there aren’t many devices currently using Wi-Fi 6E, the new standard is expected to take off and open up faster speeds to users.

TP-Link’s Archer TX3000E is a dual-band Wi-Fi 6 card that fits into most desktop PCs. It operates on the 2.4GHz and 5GHz bands and features Bluetooth 5 capability.

The main benefit of this Wi-Fi card is the high speeds it achieves. This card hits speeds of up to 2.4Gbps on the 5GHz band and up to 574Mbps on the 2.4GHz band. Bluetooth 5.0 capability is included on the Archer TX3000E and reaches up to 2Mbps.

Some Wi-Fi cards make no effort to look good and are all about functionality. The Archer TX3000E bucks this trend by having an eye-catching design, and the red heat sink may appeal to those who like to show off their build. Instead of having antennas connected directly to the card, the Archer TX3000E has two multi-directional antennas that sit on a triangular magnetized base. The base connects to the PC via cables. This setup gives users the option to move the antenna around for better reception or mount it on their PC.

The Asus AX3000 was the first commercially available Wi-Fi 6 card, and it shares many characteristics of the Archer TX3000E, like fast speeds and Bluetooth 5 capability.

Asus and TP-Link took a similar approach to designing these Wi-Fi cards. The AX3000 matches the Archer TX3000E by having a large heatsink on the card and dual antennas on a triangular base. The only differences are that the heatsink on the AX3000 is black instead of red, and the base for the antennas has a cutout in the center.

Users who don’t need the fastest speeds and want to spend less may consider the TP-Link Archer T5E. This TP-Link card works on the 2.4GHz and 5GHz bands and features Bluetooth capability.

Compared to the other Wi-Fi cards mentioned so far, the Archer T5E has slightly slower speeds. It has a maximum speed of 300Mbps on the 2.4GHz band and hits up to 867Mbps on the 5GHz band. The Archer T5E also has slower Bluetooth 4.2 speeds of 1.2Mbps.

The slower speeds of the Archer T5E inhibit its abilities and might be a disadvantage to some users. The card might be all right for some competitive games, but it struggles with larger game installation files and updates.

Ubit’s AC 1200Mbps Bluetooth WiFi Card isn’t designed for the best speeds or performance. It’s designed to provide a low-cost option for users on a limited budget. In this respect, it succeeds at providing a viable option for gamers who need connectivity at the lowest price possible.

Despite its lower price, the Ubit card has similar speeds to the Archer T5E. Ubit and TP-Link’s cards have maximum speeds of 867Mbps on the 5GHz band and 300Mbps on the 2.4GHz band. Both cards also have Bluetooth 4.2 with a 1Mbps speed.

Like the Archer T5E, the Ubit card has a basic design. There’s no heatsink, and the two antennas mount directly onto the card.

It’s hard to complain about the shortcomings of this Wi-Fi card considering the price. It matches the Archer T5E regarding performance, but it costs much less because Ubit isn’t a well-known brand, and the quality of the card might not be on the same level.

The latest Wi-Fi 6E standard hasn’t caught on yet, but companies have already started producing compatible devices. Fenvi’s Wifi-6 E AX210 card is one of the first available cards to cater to the new standard, but there aren’t many devices to support it. This card uses Intel’s latest AX210 to deliver some of the fastest Wi-Fi speeds possible.

While there aren’t many compatible routers and modems, the Fenvi AX210 card makes sense for users looking for a certain degree of future-proofing. Since this card has tri-band capability to work on the 2.4GHz, 5GHz, and 6GHz bands, it’s backward compatible with older devices.

Despite the incredible performance, the Fenvi is hamstrung by the lack of compatible devices. As a result, it can’t operate at its full potential because the Wi-Fi ecosystem hasn’t caught up and is still getting used to Wi-Fi 6. However, the Fenvi AX210 remains a viable option because of its competitive price and backward compatibility.