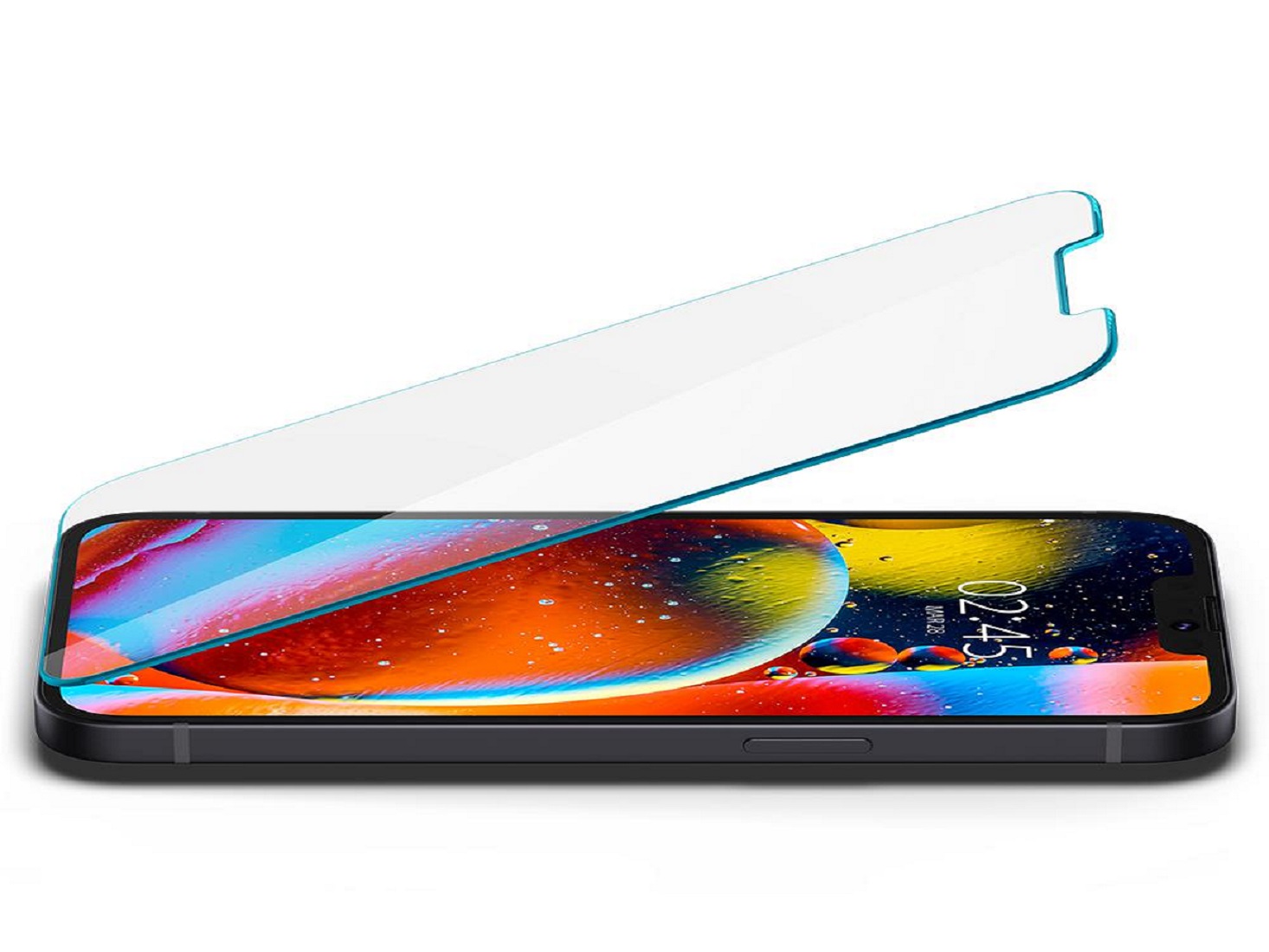 Apple’s newly-released iPhone 13 range has one of the toughest screens of any phone on the market. It uses Corning’s Ceramic Shield material and is stronger than the company’s famed Gorilla Glass. While the screen is sturdy and somewhat resistant to scratches, it can easily crack if the iPhone 13 drops.

Screen protectors can protect the iPhone from damage and save users from high repair costs. They are also inexpensive, especially when compared to the price of the iPhone. Many screen protectors are made from tempered glass, while others are a thin plastic film that sticks to the screen. Both types have their pros and cons.

Spigen’s Glas.tR EZ Fit is a tempered glass screen protector with 9H hardness. This rating refers to how much scratch resistance the protector has when tested against the hardest pencil, the 9H. It’s not to be confused with level nine on the Mohs hardness scale used to measure the hardness of minerals.

Spigen also gives the Glas.tR EZ Fit a fingerprint-resistant oleophobic coating. Oleophobic is another word for oil repellent, and while it does an excellent job of preventing fingerprints, it eventually wears out.

Some tempered glass covers are challenging to install and can get misaligned easily. The Glas.tR EZ Fit comes with a handy tool to make the installation much easier. The auto-alignment kit is a tray containing the screen protector. It fits onto the iPhone, and users press it down to get the protector to fit onto the screen.

This screen protector is rugged and fingerprint resistant. It’s also easy to install compared to many rivals. Users also get additional value because it comes with two in a pack for an affordable price. The Glas.tR EZ Fit is easy to install and gives users outstanding protection for their iPhone screen.

Zagg’s Glass XTR is a reinforced screen protector with many features. It’s made from tempered glass coated in a material called D30. D3O is known for its shock absorption and adds another layer of protection.

The Glass XTR protects the iPhone 13 from damage and protects the user’s eyes from dangerous blue light. Like the Glass XTR, it comes with a tray for easy installation. While this screen protector is the most expensive on this list, it also has the most features. Despite its high price, it’s still a worthwhile investment for users wanting all the additional features.

Users who value their privacy in public might consider the Xiwxi Tempered Glass Protector. It’s a tempered glass screen protector with a dark tint to prevent others from looking at the screen. Users directly in front of the screen can see it, but people at more than a 25-degree angle won’t be able to see anything.

Like the Glas.tR EZ, the Xiwxi screen protector offers 9H hardness, making it shatterproof and shockproof. This protector can survive a six-foot (1.8-meter) drop onto a hard surface, according to Xiwxi, though it’s not advisable to put it to the test.

Having so many features makes the Xiwxi an ideal, privacy-minded choice for iPhone 13 users. It prevents unwanted attention from other people, and it’s tough enough to protect the iPhone’s screen. The included cleaning kit and low price are bonuses that add to its value.

The Pro Max Armorite matches the Glas.tR EZ by including a fingerprint-resistant top layer and a frame for easy installation. It also comes with a cleaning kit like the Xiwxi screen protector.

While the Pro Max Armorite doesn’t have as many features as some of its rivals on this list, it has a reputation for toughness. Although it comes in a pack of two, it’s still pricey compared to the Xiwxi and Glas.tR EZ Fit options offering similar protection.

The Supershieldz Anti-Glare Screen Protector is ideal for users who prefer a low-profile screen protector. Instead of tempered glass, it’s made from PET film. PET is a type of polyester that is used for anything from clothing to containers and screen protectors.

This option offers less protection than the other screen protectors listed here. It is thinner and protects against scratches and dust, but it’s not the best for hard knocks and drops. On the other hand, it comes with built-in glare reduction and fingerprint resistance to help compensate for its lesser durability.

One of the biggest advantages of the Supershieldz screen protector is its affordable price. It comes as a pack of six and still costs less than any alternative on this list.

While the Supershieldz screen protector offers minimal drop protection, it still works against scratches. It’s worth it for budget-conscious buyers who only need basic protection, but most users are better off with a sturdier option.