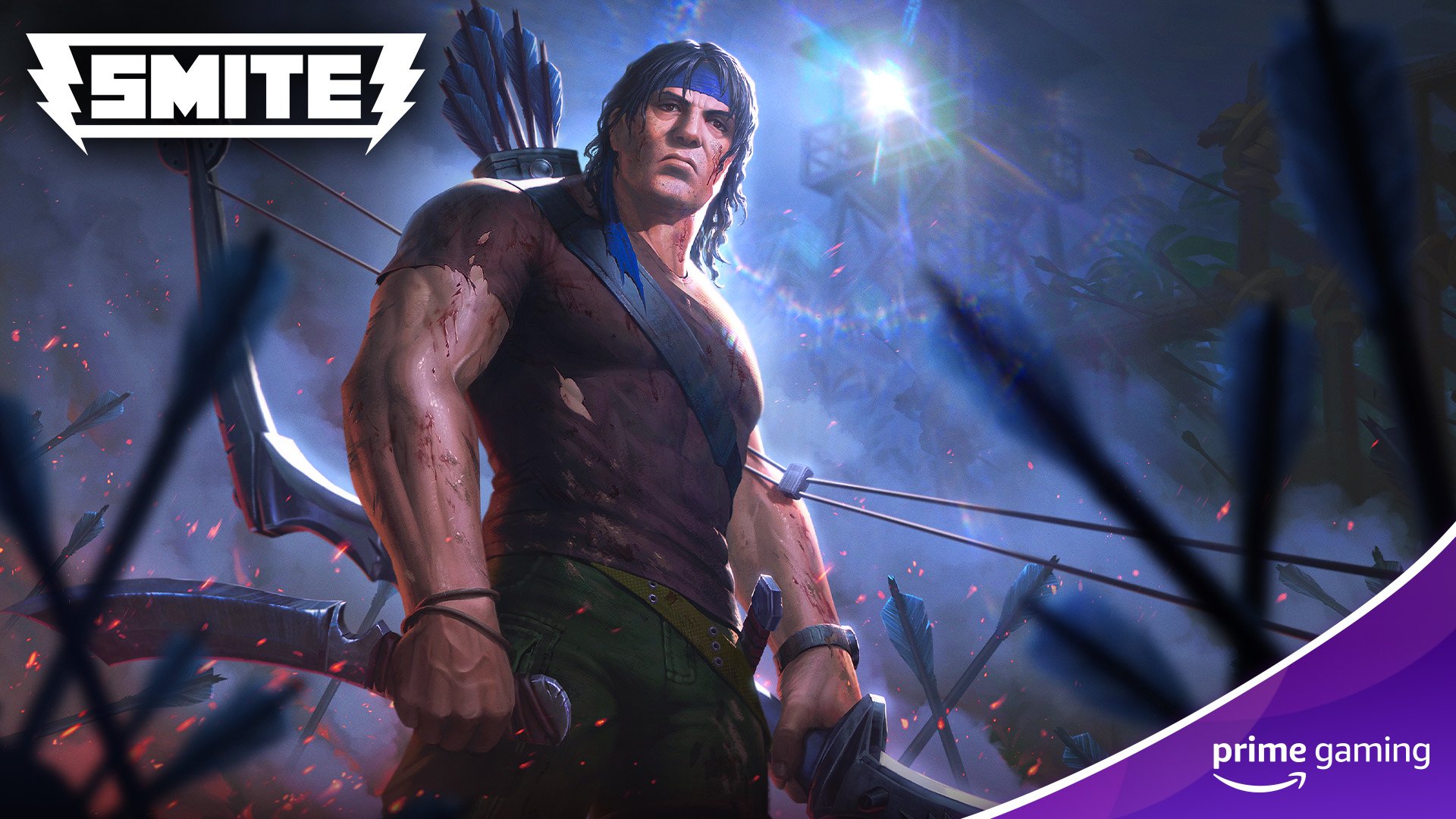 If you’ve ever wanted to dive into the Battleground of the Gods as American hero John Rambo, now is the time.

Right now, thanks to Prime Gaming, you can snag Rambo Ullr for free in Smite.

Ullr is part of the Norse pantheon and is a god Smite players are likely familiar with since he’s been around since 2014. Wielding a bow and dual axes, Ullr is a hybrid Ranged/Physical Hunter. As anyone who is familiar with the Rambo films can confirm, Ullr seems like the perfect candidate for a Rambo skin.

As you can see in the above splash art, Rambo has his own bow and replaces Ullr’s axes with daggers. If you want to claim the Rambo Ullr skin, you’ll first need to head over to the official Smite Prime Gaming page. Once there, you’ll see a box that shows Rambo Ullr and says “Claim Now.”

After you click Claim Now, you’ll be prompted to link your Amazon Prime and Hi-Rez accounts. If you’ve claimed a skin with Prime Gaming before, you shouldn’t need to worry about linking your accounts again. Once you’ve followed the on-screen instructions for account linking, you’re good to head into Smite to take on the role of Rambo.