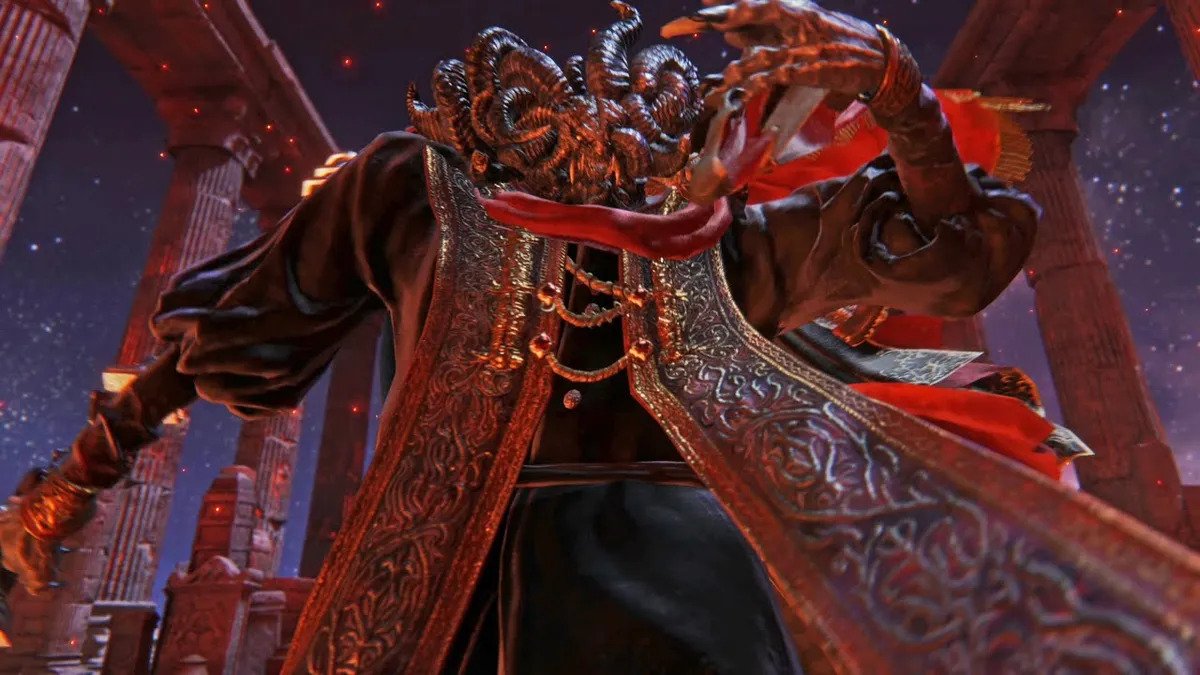 Elden Ring is the most ambitious FromSoftware title to date, with the creators having dropped their linear, interconnected map layouts in favor of a more open world. Due to this, many players not familiar with huge maps may end up missing a lot of content more careful players who enjoy exploring may end up finding.

One such thing introduced in this game was the addition of vertical layers to ground areas. An example of this would be the Siofra River sharing the same map location as East Limgrave, except it exists in a more secluded, underground area that can only be accessed via a lift. All of these underground areas hold a lot of secrets just waiting to be explored, including certain bosses exclusively available underground.

One of these bosses is Mohg, Lord of Blood.

Not to be confused with Mohg, the Omen (which is a story for another day), Mohg, Lord of Blood is the progenitor of the Mohgwyn dynasty and the current ruler of Mohgwyn Palace. This place is one of the underground locations that is not accessible until much later in the game.

Being an end-game boss, Mohg is no pushover. This manipulator of blood and creator of Blood Magic can be encountered atop Mohgwyn Palace after clearing a lake of blood and running through the caves underneath the palace itself. Upon reaching the end, there is a Site of Grace near a platform that when elevated, leads to the Mohg battle arena at the top of a Shrine.

Spawning out of a pool of blood left behind by his half-brother Miquella, Mohg assaults the player with a plethora of Blood magic sorceries. He mixes it up with physical attacks from his staff to keep the Tarnished guessing as to what he will do next. He also coats his weapon in Bloodflame, lighting it up and exploding after the slash. His second phase hemorrhages players three times in quick succession, needing rapid healing to survive through the burst.

So how does the Tarnished get to Mohgwyn Palace in the first place?

There are two ways to get to Mohgwyn Palace. One of them can be accessed much earlier in the game:

Of these two methods, the latter can be accessed quite early on in the game, right after reaching Liurnia of the Lakes, in fact. But getting to Mohgwyn Palace at that stage in the game is not recommended for newer players purely because of the high level of challenge that an end-game area provides.