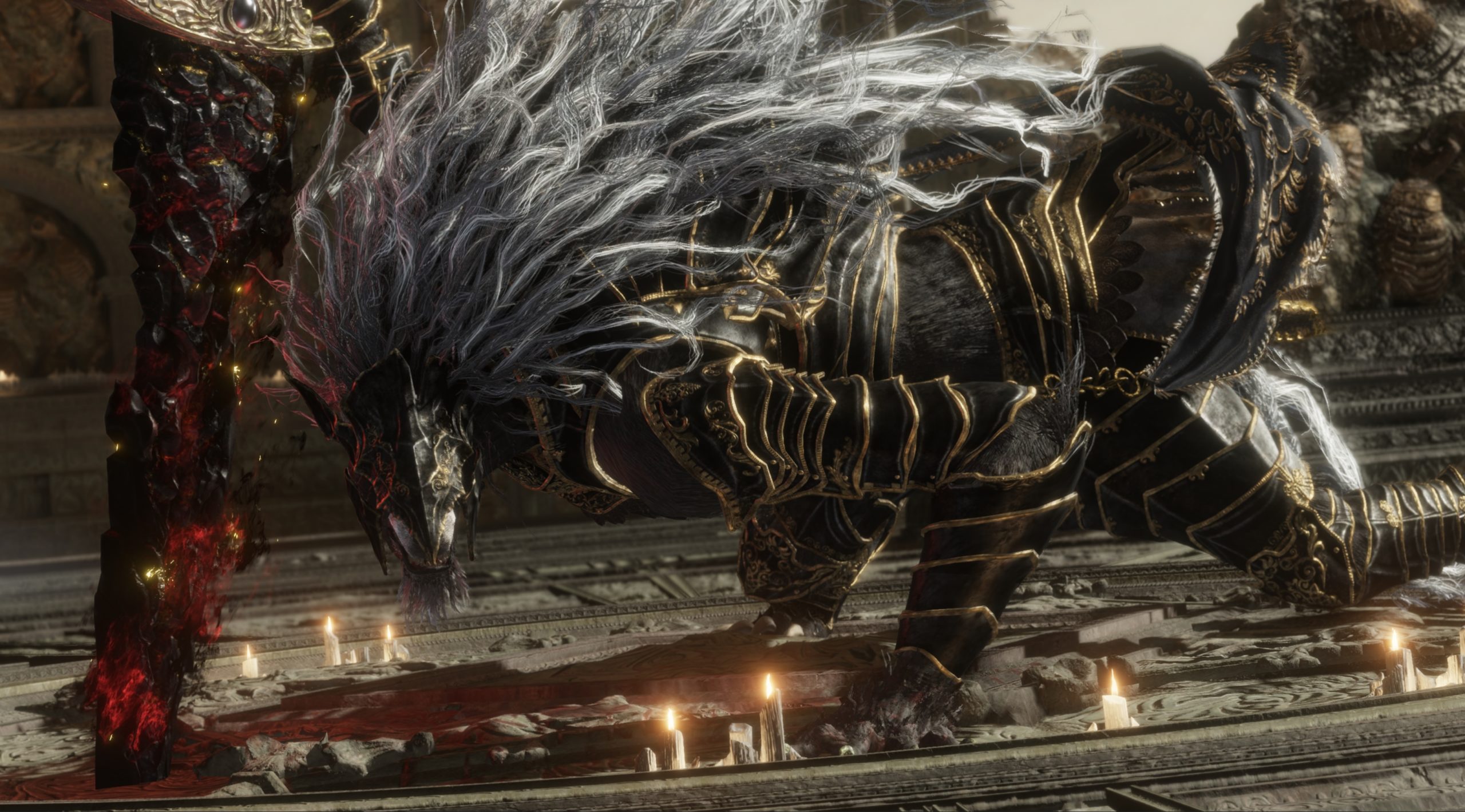 Malekith, the Black Blade is one of the final bosses players need to fight to reach the end credits of Elden Ring. This boss is located at Crumbling Farum Azula, which is only accessible after reaching the Mountaintop of Giants, defeating the Fire Giant, and setting the Erdtree ablaze. While Melina will help players with the fire-setting, she won’t help them navigate Crumbling Farum Azula and reach Malekith to advance the game.

It might take some time, but once Malekith is reached, players can keep returning as many times as needed to defeat the boss. Players might need to get used to the route it takes to return to Malekith, though, since the fight is one of the toughest in all of Elden Ring.

The route to reach Malekith isn’t clear whatsoever. Players will start out at the beginning of Crumbling Farum Azula and have to make their way across treacherous terrain and fight difficult bosses to reach Malekith.

To start, players will need to reach the Dragon Temple Altar Site of Grace. This is where the Godskin Duo is fought, which is a fierce battle in its own right. At this Site of Grace, players need to head out the north door of the room and then left and down to the lower platform. From here, go down the steps and take a right. Keep heading straight and then jump down again to another platform.

On this platform, bear right and keep descending to the next platform, which will be a flat arch that leads down to where some statues are. Go along the corridor with the statues until a staircase appears on the righthand side. Be careful, though, since there’s an enemy that patrols this area. Ascend the stairs but stop in the middle of them. Look over the lefthand side of the stairs and there will be small platforms that can be jumped onto.

Jump onto the platforms from the stairs and head all the way down, bearing left to go to the little strip with two fires lit on it. Go through the door at the end of this strip and keep heading straight. Here, players will find a Crucible Knight in the center of a circular area, which they can simply pass if they want. Players need to go straight past the Crucible Knight, onto the floating stairs, and then down to the lower platform on the right side. This will lead to a Site of Grace.

Descend the platforms and take a right past the bladed-falcon enemies. Go along the roof and then jump down to the left. Jump down to the left again to reach a road with a dragon at the end of it. From the dragon’s location, take a right up the road, and then take another right up a small path. Go straight past an enemy and down onto the broken gazebos that lead to the other side of the path. Head into the watery room on the right side to find multiple enemies inside. Players can skip these enemies and go to the right and out the other side.

This leads to another staircase on the lefthand side, which players can go up to find a lift. Ride the lift up and players will reach another Site of Grace. This is the last Site of Grace before Malekith. At the Site of Grace, head up the stairs to find a road. Players can either go left or right from their location. If they go left, they’ll explore more of Crumbling Farum Azula. If they go right, they’ll reach Malekith’s boss arena.

Of course, this is easier said than done since the Draconic Tree Sentinel has a mountain of health and a horse that can chase players down. If players defeat the boss, they can then head into Malekith’s arena unimpeded and attempt to take down the boss.

If Malekith gets the better of players, though, they will return to the Site of Grace at the bottom of the stairs and have to run up the road again. But the Draconic Tree Sentinel will not spawn back in, so once players slay the boss, they’re dead for good.