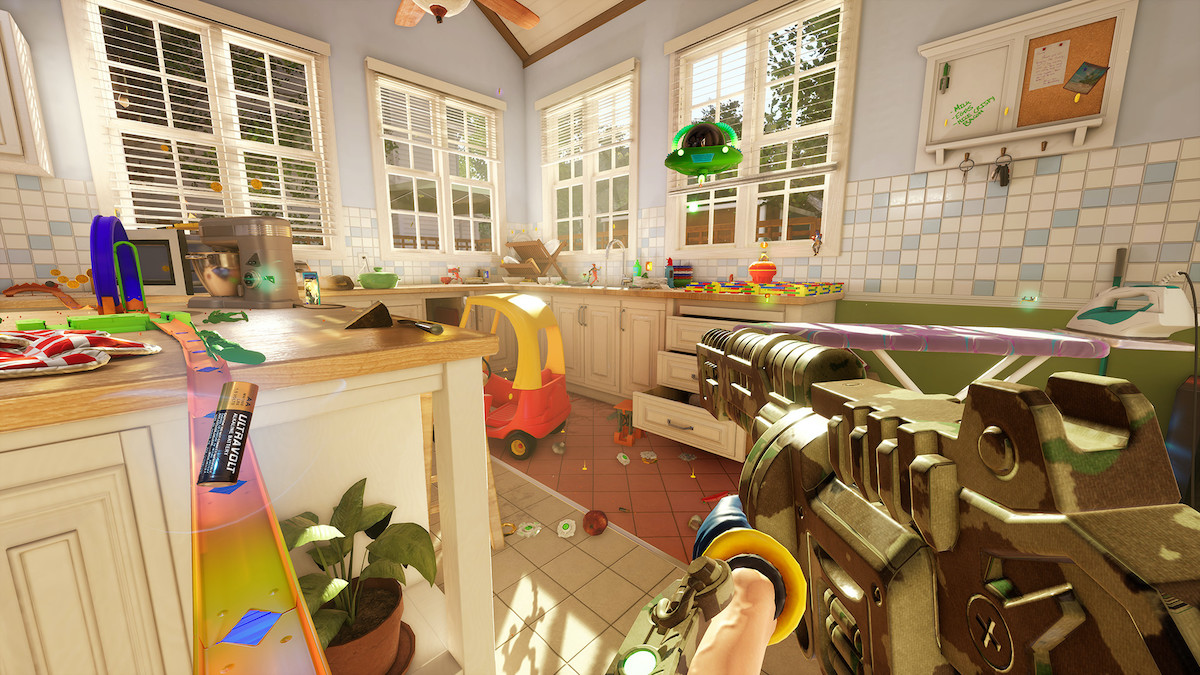 Hypercharge is a wave-based first/third-person indie shooter game. Developed by Digital Cybercherries, players will get to defend the Hypercore as action figures.

The game takes inspiration from productions like Toy Story and Small Soldiers where toys come to life. The maps in the game feature bedrooms, bathrooms, toy stores, and garages. Though you can take on the levels as a solo player, the game puts a great emphasis on co-op gameplay with a four-player co-op multiplayer mode.

While defending the Hypercore on any map, you’ll get to improve your weapons with attachments and charge your shields/defenses with batteries.

What platforms is Hypercharge available on?

Hypercharge is currently available on Steam, Nintendo Switch, and Xbox. The game recently started rolling out on Xbox, and players can sign up to play here.

Hypercharge retails for $17 on both Steam and Nintendo Switch. Depending on your region, you may be subject to regional pricing on Steam. Fans can follow Hypercharge’s Twitter account to keep up with the latest developments regarding the game and new gameplay videos.

Though the game currently focuses on game modes that require players to defend objectives, it’s also looking to implement a PvP game mode in the future. Hypercharge is likely to improve and add more features to the game as more players join its ranks.