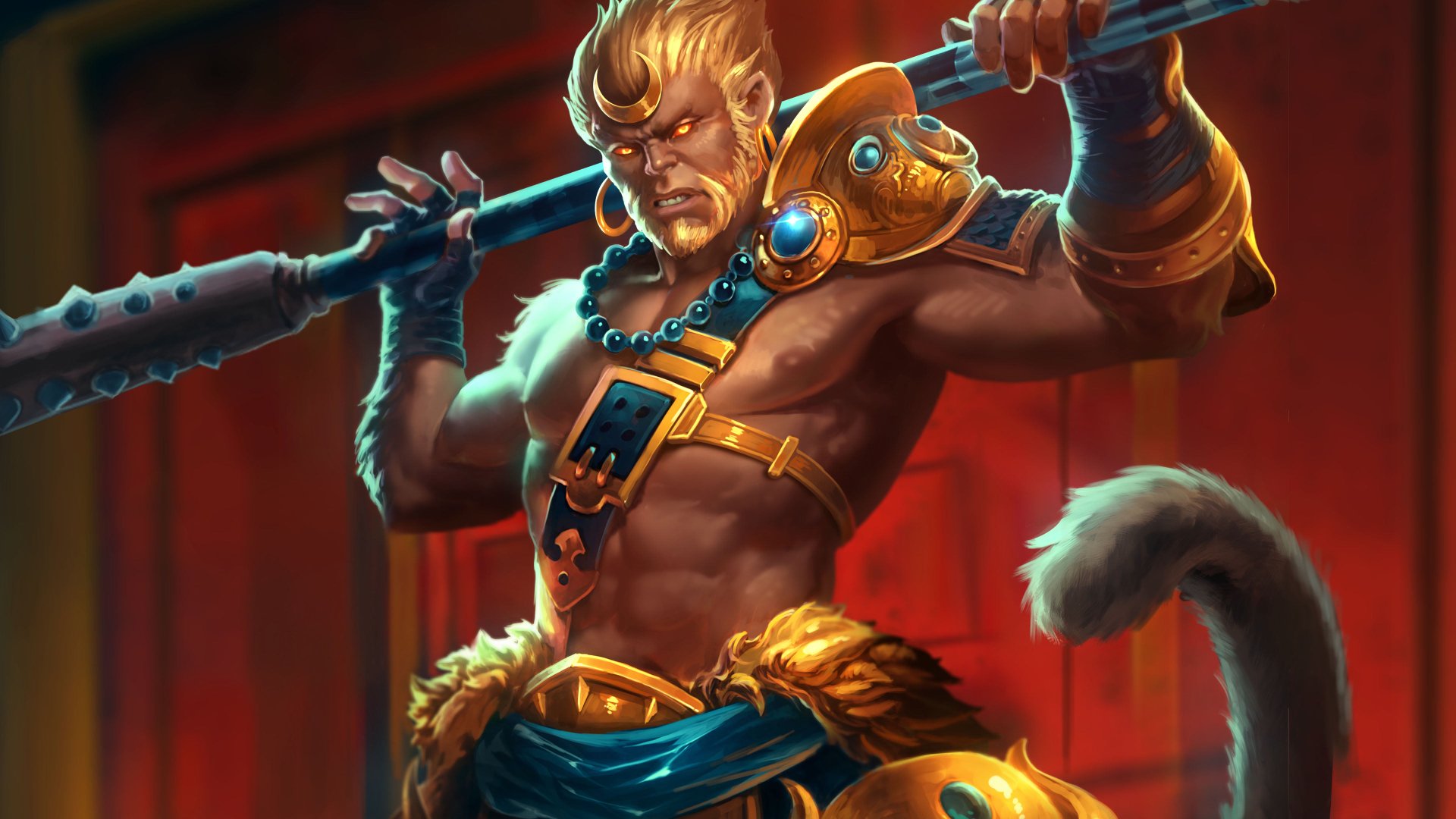 Sun Wukong is a well-rounded god who provides plenty of damage to his team in Smite instead of building tanky like other warriors. He excels at roams and invades and shouldn’t be focusing on the lane as much as other warriors, who like to trade often with their laning opponent.

He has a couple of weaknesses, including a weak early game and low damage against tanky champions. But if you can overcome the first, you can focus on killing vulnerable targets and your carries will take care of the tankier ones. You are very mobile and should easily be able to unleash havoc in teamfights by disrupting your opponent’s backline.

Here is the best Sun Wukong build in Smite.

Skill order: R>Q>W>E. You want to max The Magic Cudgel (Q) first because it allows you to clear waves while also dealing damage to opposing gods. The ability also deals increased damage to jungle camps, making you a great invader. Afterward, max Master’s Will (W) for the additional damage and lastly 72 Transformations (E) since its utility is lower compared to the other two abilities.

Start with Bluestone Pendant, Healing Potion, and Chalice of Healing. With this start, you’ll have great sustain during the laning phase, giving you enough time to scale into the mid game and also invade the opposing jungle. You should be able to easily take camps with your Q and go back to lane to pick up more farm with these healing potions.

The core items you want to purchase are Arondight, Bluestone Brooch, and Soul Eater in most of your games. They will provide a good source of physical power alongside various powerful effects to take down opponents easier.

Arondight will make you more powerful after you finish casting your ultimate by giving you 30 percent movement speed towards enemy gods, allowing you to easily cut their escape.

Bluestone Brooch is overall a great item, giving you physical power, health, health-per-five, mana-per-five, and a strong passive, enhancing your abilities with additional damage against enemies.

Soul Eater is a scaling item that might seem expensive at the start, but once fully stacked will make you capable of taking over games alone.

For your late game, there are plenty of viable options. But you need to adjust your build depending on the game situation. Great items to acquire are Shifter’s Shield, Ancile, and Void Shield.

Shifter’s Shield is a tanky item, giving a good amount of physical power and protection. Additionally, it gives you 30 physical power above 75 percent health and if you drop below that amount, you get 40 magical and physical protection instead, making it an overall powerful and adaptive item.

Ancile is a great item against casters since you’ll get physical power, magic protection, cooldown reduction, and a powerful area-of-effect silence on a 30-second cooldown. Whenever you get hit by an ability in teamfights, you can quickly silence entire teams if they’re stacked up, rendering them useless for a small period of time.

Void Shield is a great tanky item that also gives you a good chunk of physical power and a debuff to ignore armors of nearby gods by 15 percent. For the cost of only 2,600 gold, you’ll get 150 health, 20 physical power, and 60 physical protection.

Early on, you want to go to the speed buff camp and take it down, before heading to the mini harpy camp. With these camps down, head to lane with Blink Rune to avoid losing experience and gold. During the laning phase, farm up safely and slowly scale into the mid game, but avoid fighting the opposing god. It’s worth giving up some farm early on to avoid snowballing your enemy. Even if you go even during the laning phase, the utility you bring to your team will be huge.

As the game goes on and you slowly get your core items, aim to group up and take objectives with your team. Keep up an aggressive playstyle by invading the opposing jungler and taking away their camps. Towards the late game, look at what your opponent is building and adjust your build and game plan accordingly. Look for good ultimate angles to hit the entire enemy team, which can help your win teamfights.