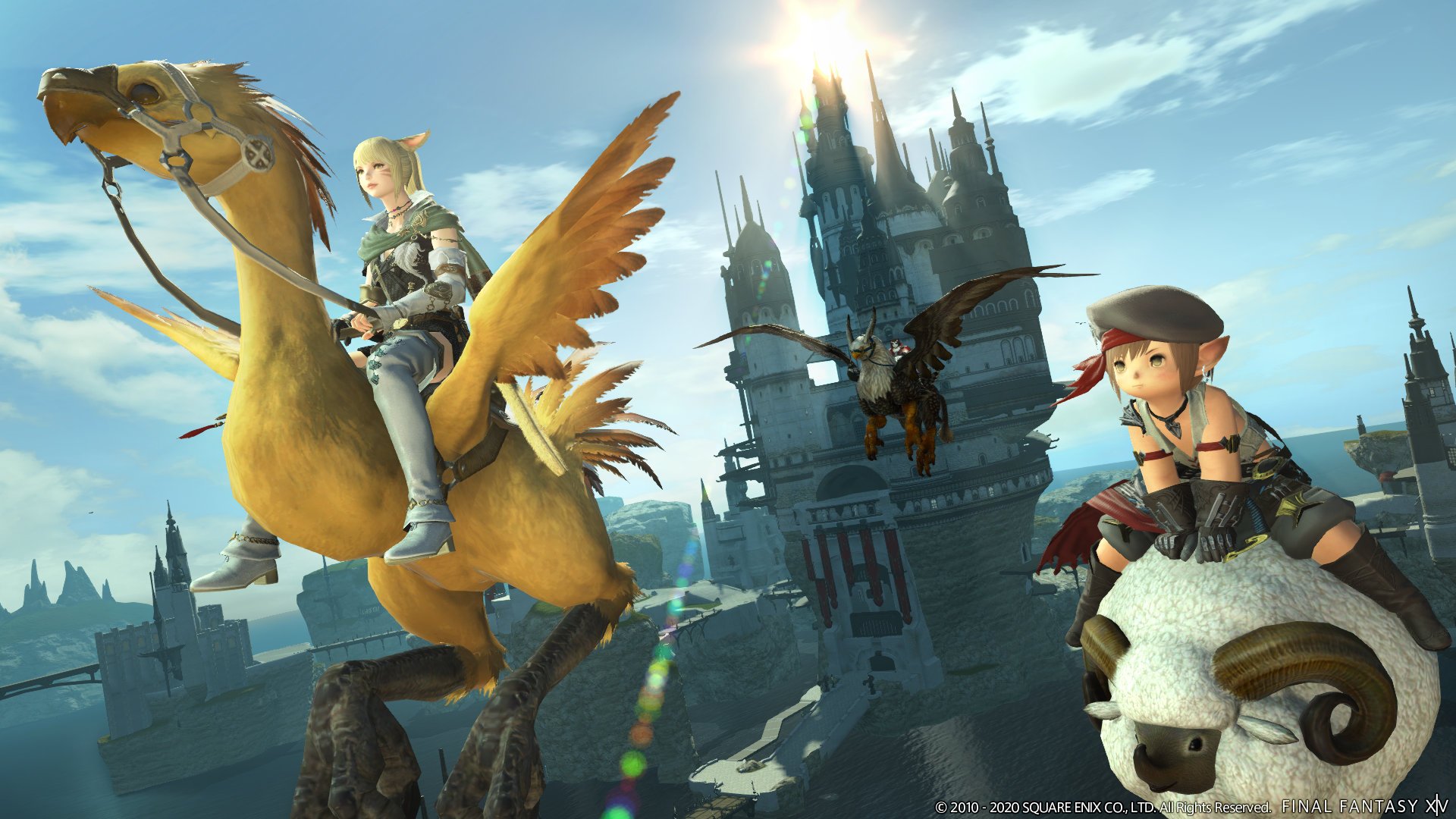 Final Fantasy is one of the longest-running and most successful series in the history of video games. Unlike many other franchises, Square Enix’s property has undergone several genre shifts over the years, branching out from its JRPG roots into the realms of action-RPG, MMO, and even real-time strategy. One of the great things about Final Fantasy is that fans never know where it will go next. Games are frequently completely separate from their numbered predecessor, featuring new characters and new worlds to explore.

What connects the games, besides the usual chocobo and moogle mascots, is each one’s attempt to tell a dramatic fantasy story. The ones that hit that narrative mark are often the best games in the franchise, a high bar for a series with so many entries.

Note: Final Fantasy numbering conventions are strange, so we’ll be using the most common designator for each of these games. Many of the earlier titles were originally released with a different number.

Final Fantasy IV is the first of the numbered series games that had a strong central narrative. It features the same high fantasy and political intrigue of the first three games, but it intertwines those conventions with a strong cast of both playable characters and NPCs. It’s easier to care more about these characters than the self-inserts that were common in the previous titles.

The story follows Cecil, a disgraced guard captain, and his dragoon friend Kain as they set off to prevent the big bad from stealing the world’s crystals. Along the way, they meet plenty of unique characters who join and leave the party at different times, which makes the player constantly adjust their strategy as they face increasingly tougher foes. Despite its age, Final Fantasy IV holds up well, and is absolutely worth playing today.

Final Fantasy VI isn’t just one of the best Final Fantasy games. It’s one of the best RPGs of all time. This turn-based masterpiece, which has been remastered and re-released on a variety of platforms, set the standard for what an RPG could achieve, and cemented Square Enix’s reputation as a creator of incredible role-playing games.

The game features one of gaming’s best villains, the love-to-hate-him clown mage Kefka, and a similar Active Time Battle system to Chrono Trigger‘s that made the combat feel seamless and engaging. Final Fantasy VI‘s story is also darker than previous games in the series, and explores some incredibly engaging and mature narrative territory. It’s an example of impeccable story delivery and tight gameplay that still stands as a pillar in the RPG world today.

In contrast to Final Fantasy VI‘s somber and serious story, Final Fantasy VII isn’t afraid to laugh at itself and take things a little less seriously. The original game is the best-selling Final Fantasy title of all time, and the remake sold an astonishing 3.5 million copies in three days. Besides the spiky hair and the giant swords, the game doesn’t look much like the previous titles in the series, but that didn’t do anything to stifle its popularity.

Final Fantasy VII‘s story centers on the tale of Cloud Strife, a mercenary working in the city of Midgar. Midgar’s power comes from the electricity generated by the Shinra Power Company, a nefarious organization that committed many atrocities in order to secure a hold on power over the entire world. Shinra’s generation of power is destroying the planet, which Cloud and his companions fight to save. Despite the seriousness of the plot, the game also has its silly moments. Anyone who believes video games aren’t political or don’t deal with real-world issues should give this excellent RPG a try.

While Final Fantasy VII diverged slightly from the series’ JRPG roots, Final Fantasy X remained firmly in turn-based territory with the Conditional Turn-Based Battle system. It also features some of the most recognizable screenshots in gaming, including this famous image of main characters Tidus and Yuna submerged in a pond.

Like many Final Fantasy games before it, Final Fantasy X had a phenomenal story, a strong cast of characters, and beautiful cut-scenes. The story was still about a group of kids saving the world, but somehow Square Enix made that same concept feel fresh. The combat was sharp and engaging, and the beautifully rendered 3D environments were a first for the series. Another first for the series was Final Fantasy X-2, the franchise’s first direct sequel, which was also critically acclaimed.

The Final Fantasy series branched out significantly after the more traditional X. In the years after its release, fans got Final Fantasy XI, the company’s first attempt at an MMO, Final Fantasy XII: Revenant Wings, a real-time strategy sequel to XII, and the more action-oriented Final Fantasy XIII. Unlike the vast majority of previous series entries, XIII‘s story is actually not that great; instead, its combat is the real star of the show.

The game features the Command Synergy Battle system, a derivative of the Active Time Battle system that was Square Enix’s bread and butter for so long. The player must chain actions while keeping an eye on available energy and protecting party members, making for a fast, engaging method of combat. As long as you don’t try to make sense of the incomprehensible story, Final Fantasy XIII is a rollicking good time. It received two direct sequels in the form of Final Fantasy XIII-2 and Lightning Returns: Final Fantasy XIII.

This is the Final Fantasy that players are probably most familiar with at the moment. It’s hard to believe now in the face of its unbelievable success, but Final Fantasy XIV was originally considered a failure. After a major overhaul and fresh marketing from Square Enix, this MMO drew in thousands and thousands of players, making it one of the most talked-about games on the planet.

While Final Fantasy XIV does have a story that players can follow, its main draws are the stories players make themselves with their friends. MMOs are all about exploration and resource management, both of which go hand-in-hand with the series’ RPG roots. The huge amount of customization and the popular large-scale raids have also been huge draws for players. XIV is arguably responsible for revitalizing the series and giving it a fresh, multiplayer coat of paint, and for that, we’re grateful.