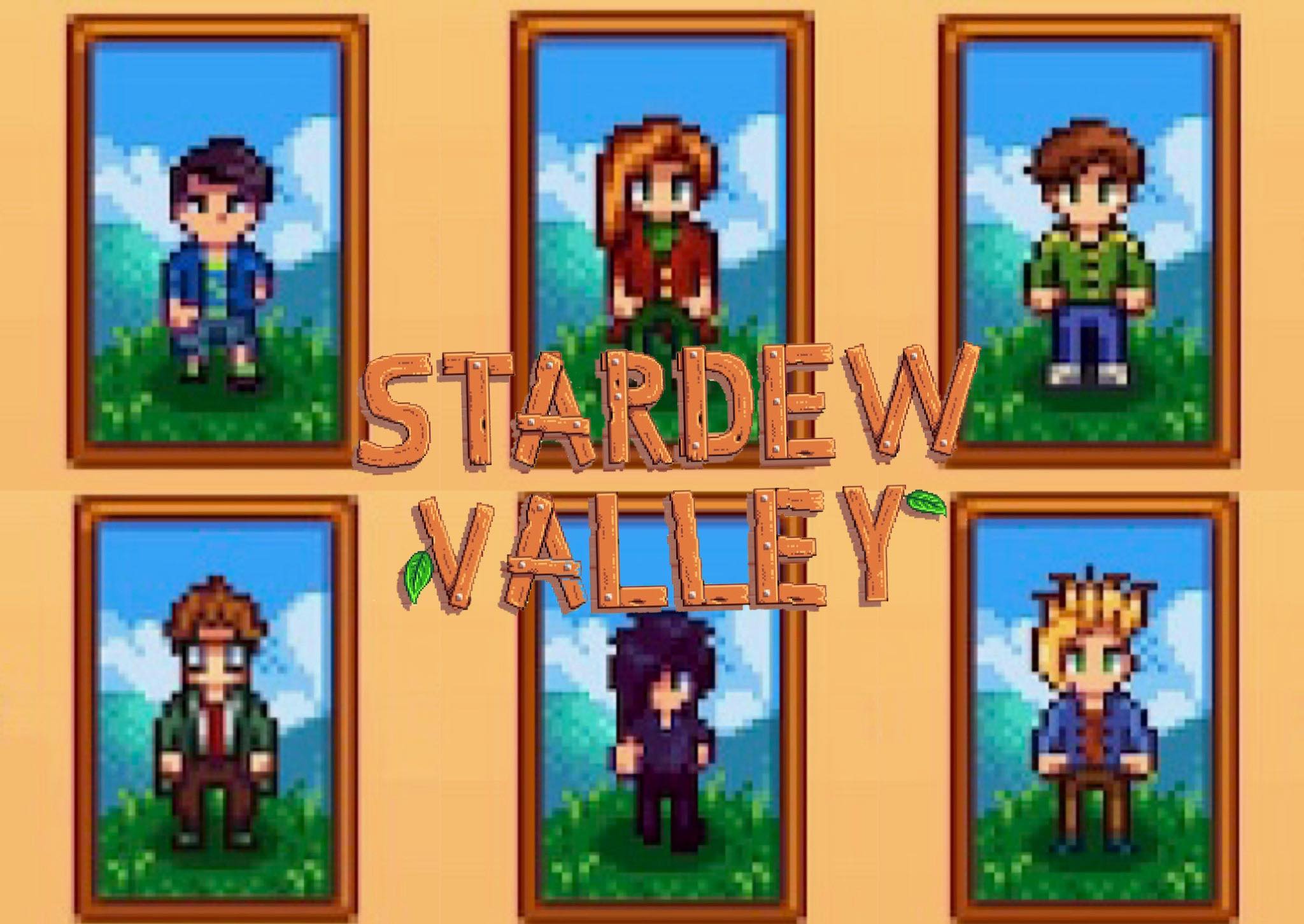 Concerned Ape’s masterpiece Stardew Valley has long been praised for its rich storyline, complex characters, and engaging gameplay. It is a wonderful game with limitless options that players will find themselves getting lost in.

Related: How to change your appearance in Stardew Valley

If you’re looking to choose between the six bachelors, there are many factors to consider. Their personalities, behaviors, professions, and how they behave and treat players during married life are among the most important ones.

Here are all the possible bachelors in Stardew Valley, of which there are six, ranked from worst to best based on these various important factors.

When players first meet Shane, they will probably be immediately off-put by his standoffish rudeness and intense drinking habits. But those who spend time getting to know him by leveling up their friendship with him will find that he is a complex character who hides his true self behind these habits. If you’re looking for a complex, dramatic, oftentimes frustrating relationship, then Shane is the one for you.

His story progression across the course of players getting to know him is engaging as players get to witness his growth. Shane has perhaps one of the most complex storylines of any character in Stardew Valley, which allows players plenty of time to get to know him.

But the reason that he ranks lowest of all the bachelors on our list is that if players choose to marry him, they will find indicators that he slips back into his old bad habits around their house and through his dialogue. Thus, to see Shane the happiest and healthiest, players need to choose to not marry him. Otherwise, he will revert back to his toxic habits.

Players who do choose to marry Shane will find that he adds a messy man cave room to the farmhouse littered with beer cans and trash. He will also add a chicken coop in the space outside the farmhouse and will regularly visit it to interact with his chicken.

If Shane stayed at the final growth stage he reaches at a high friendship level, he would likely rank much higher on this list. Sadly, this is not the case, and players who want to see Shane blossom should stay away from marriage with this bachelor.

The sporty gridball enthusiast comes off a bit arrogant at first but warms up to players fairly quickly. If you’re looking for a confident and athletic guy, Alex is the one for you.

In the early stages, Alex is mostly just your average jock and regularly comes off as a walking stereotype. Alex is also pretty egotistical and spends most of his dialogue with players praising himself.

But players who do take the time to get to know Alex will learn that he has complicated family issues and a sweet heart beneath his outward self-obsessed mask. His behavior and attitude significantly improve as players get to know him, which makes him a decent pick for players willing to put in the work. Alex is by no means a bad guy, but he is certainly a complex one who players will need lots of patience to marry.

If players choose to marry Alex, he will add a sporty, workout-centric room to the farmhouse. He will also use the outside back garden space for his weights and can regularly be found outside lifting them.

The skateboarding musician is all around very friendly and upbeat. If you’re looking for a kind, cheerful guy, then Sam is the one for you.

Sam is a bit rebellious and reckless but ultimately is quite kind. He is also one of the only residents of Stardew Valley who is nice to players right from their very first meeting.

Players who choose to marry Sam will find that he adds a room with musical equipment, books, a computer, and posters to the farmhouse. This room is quite reminiscent of the bedroom he had before players married him. Sam will also add a half-pipe near the farmhouse that he will oftentimes visit to practice his skateboarding tricks.

One downside of Sam is that in comparison to some of the other bachelors, he lacks a bit of depth. His story is mostly focused on his band rather than him as an individual, which may leave some players feeling like they don’t really know much about him beyond his hobbies. He sometimes feels not very memorable or unique, but his consistent kindness and good-natured attitude still make him a solid pick.

Stardew Valley’s local doctor Harvey is quite goofy and loveable. He’s a bit shy and awkward but in an endearing way and he has the kindest heart of any of the bachelors. If you’re looking for a mature, intelligent, stable, incredibly kind-hearted bachelor, Harvey is the one for you.

Players who get to know Harvey will find that they never have a bad moment with him. He is just as kind to everyone else in town as he is to players and he genuinely cares about everything and everyone. He does work a lot so getting to know him beyond his profession can be difficult, but Harvey is definitely worth the work and patience required.

If players choose to marry Harvey, he will add a medical, scientist-style room to the farmhouse. He will also set up a garden near the space outside the house and will regularly visit it to read.

Harvey also continues to work after marrying players. Players who marry him will find that he travels to the clinic on Tuesdays and Thursdays for work but spends the rest of the days around the farm helping out or relaxing.

The brooding, loner, freelance computer programmer is one of the best bachelors in Stardew Valley. Although Sebastian is generally introverted and shy, his personality blossoms over time, and players who take the time to get to know him will find that he is very caring, mature, and thoughtful. If you’re looking for a realistic relationship between two polar opposites who learn to respect and admire one another for their differences, Sebastian is the one for you.

To truly get to know Sebastian, players must practice patience to get past his beginning antisocial tendencies. He is very introspective and philosophical but will gradually open up over time. Of all the bachelors presented in Stardew Valley, Sebastian is one of the most relatable and realistic.

Sebastian is also a bit geeky and players will even have a chance to play a game that resembles Dungeons & Dragons alongside him. He’s quite interested in playing games and reading comics or otherwise engaging with such content that delves into the world of fantasy and science fiction. He is also the drummer in Sam’s band and regularly hangs out with him.

Players who choose to marry Sebastian will find that he adds a computer and gaming-centric room to the farmhouse for him to continue his work and hobbies. The small area behind the farmhouse will become home to Sebastian’s motorcycle, which he will occasionally visit to work on.

What makes Sebastian one of the best bachelors in Stardew Valley is the relationship players can form with him. A computer programmer and a farmer seem like polar opposites and yet both Sebastian and the player learn to love, respect, and understand one another.

The best bachelor in all of Stardew Valley is the romantic novelist Elliot. He is exceptionally sentimental, amorous, and eloquent. If you’re looking for the perfect prince charming type of guy, Elliot is the one for you.

He’s kind, romantic, and all-around pretty perfect. Elliot will always share exactly how he feels and does so in beautifully poetic ways. He is all around a perfect gentleman sure to charm players through and through.

Elliot is an aspiring author who dreams of writing something brilliant. His love for writing translates to how passionate and loving he is toward players.

Players who marry Elliot will find that he never loses his romantic charm. Additionally, he is one of the few who seems to keep at his profession while also helping around the farm as he regularly tells players about his writing plans and woes. His consistent and continuous dedication to his dream is admirable.

If players choose to marry Elliot, he will add a classy, elegant library room to the farmhouse. He will use the outdoor space by the house to create a garden that he will regularly visit and hang out in while reading.

Although he is many players’ first choice, some argue that his personality is a little too perfect. But Elliot is truly passionate and his lack of flaws is not a bad thing but rather makes him perfect husband material. When you are choosing who to marry and spend the rest of your gameplay days within Stardew Valley, prince charming is easily the best choice.