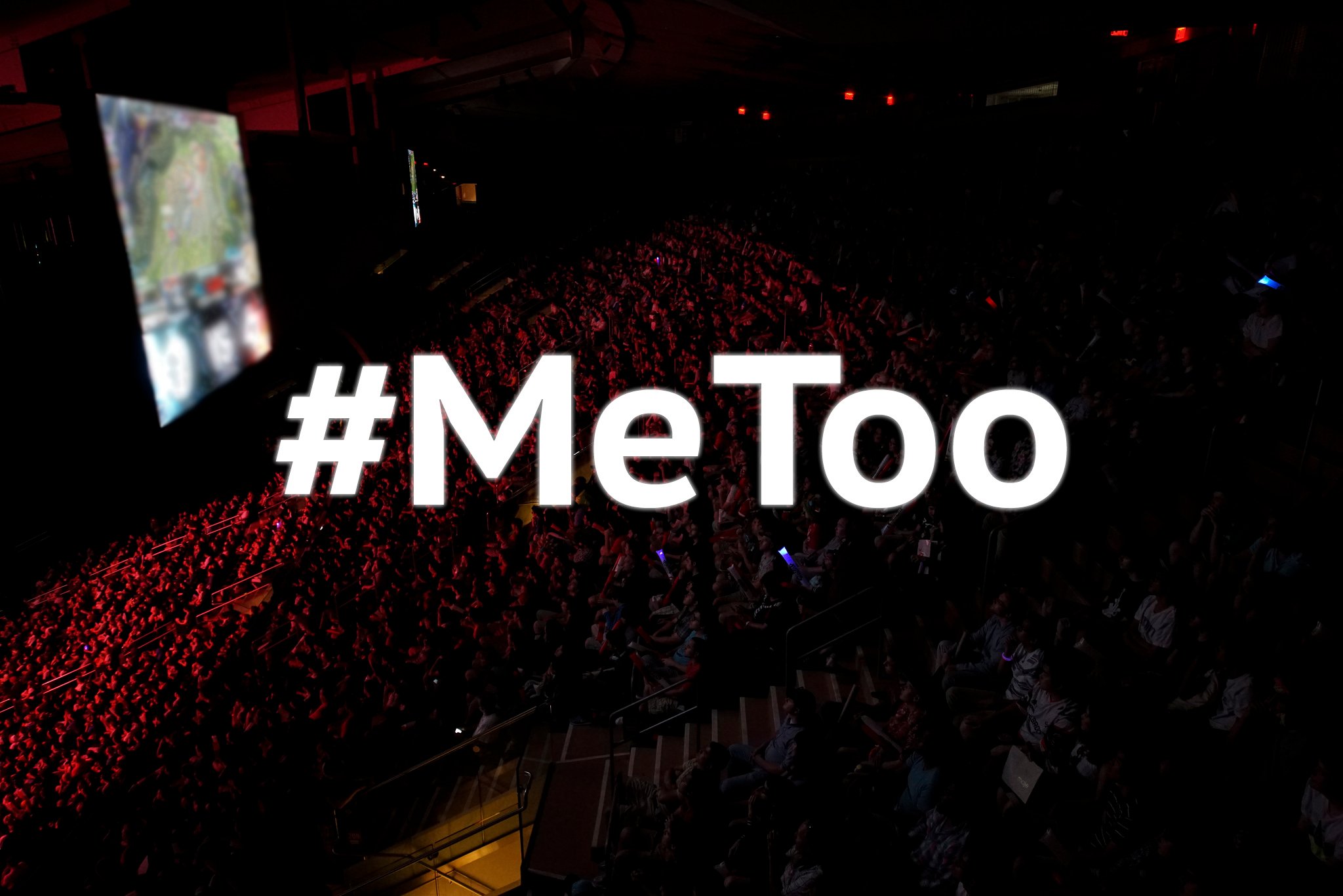 The night was balmy, and the streets mostly empty. It was, after all, quite late. I’d had a long day covering a convention and networking at after parties—I was exhausted. All I wanted was to get to my hotel and rest.

“Oh, I didn’t know you were single,” the esports organization owner, who just happened to be walking in the same direction as me, said nonchalantly. “Otherwise I would have made a move on you.”

This wasn’t the first inappropriate thing he’d done. Every other time I saw him at an event (which was a lot—he owned one of the biggest brands in esports) he would continually touch my waist, lower back, and butt. Apparently the only reason he didn’t do it at this event was because he thought I was in a relationship this time around.

It’s hard not to reflect on your own experiences of sexual harassment when every social media platform is flooded with women (and some men) posting #MeToo to show how prevalent the issue is globally. And while it all started with The New York Times’ exposé on film executive Harvey Weinstein, the campaign has exposed how prevalent the problem is everywhere. And that includes esports. So why aren’t the ladies of esports coming forward in droves?

The problem lies, most likely, with just how deep sexual harassment runs in esports. It’s everyone from owners of well-known organizations, to team managers, pro players in every game, casters, even esports staff at game developers and publishers, and esports journalists. It’s the norm. Many women in the industry have shared their experiences of sexual harassment from men in esports with me, and we’ve almost become desensitized to it.

Sexual harassment is also an issue in the livestreaming community. While I haven’t had any personal experiences with broadcasters, I know of many women who were harassed by both Twitch and YouTube streamers alike—some of whom are the most popular streamers on their respective platforms.

Off the top of my head I can recall 10 different men at all levels of the industry that have sexually harassed me in some way, and I’ve only been covering esports for just over two years now. There have been many more incidents, from the various faceless gropings at after parties, the inappropriate passing comments, or the sexual messages on social media—but there have been so many that I’ve become used to it, these are just the few that stuck with me.

Speaking out about these issues is the only way the industry will change. So that’s what I’m here to do. While I won’t give names, I want to share my personal experiences to show just how rampant it is, and hopefully help people feel more comfortable about coming forward with their own stories.

Before I go into my personal experiences, let me lay out sexual harassment for you (just in case you’re not aware). It can include “unwelcome sexual advances, requests for sexual favors, and other verbal or physical harassment of a sexual nature,” according to the U.S. Equal Employment Opportunity Commission.

So sexual harassment is more than just unwanted physical attention—it’s a wide range of behaviors that make women feel uncomfortable. Take, for instance, my experiences with rumors.

Let’s start with the professional Heroes of the Storm player who told his teammates and manager that he’d slept with me (he hadn’t). I found out about it much later through mutual friends.

Another rumor could have had an impact on my job itself. This time it was a much younger employee, who told our coworkers that we were dating (we weren’t). My coworkers only told me after he’d left the company, and while they didn’t believe him, it still hurt that someone could be so naive about the consequences of their actions. It is never ok to say things like this, especially when it can affect someone’s job.

And then there are the more direct and hostile interactions, from inappropriate propositions to unwanted physical contact.

One of my first interactions with the esports industry included a team manager telling me he wanted to have sex with me. He then messaged me later to say that if I acted “weird” around him the next day he would unfollow me on Twitter.

A recent experience included an esports lawyer telling me he wanted to make out with me. He specified that he didn’t want to have sex, just wanted to kiss.

Then there was the esports video producer who confessed his love for me, and told me that if he wasn’t married he’d try to get with me. Then got upset when I told him he wasn’t my type.

My most recent experience was an employee making public, inappropriate comments about me, both on social media and our general Slack channel.

What makes all of this so bad? None of the men seemed to think they were being inappropriate, or sexually harassing me in any way. And none of them have apologized for their actions. I still talk to many of these men, some of them are my friends, and some I have to interact with for work. Part of the problem is that we often don’t address the issue when it’s happening. We need to learn to speak up. That’s what started the #MeToo campaign, actress Alyssa Milano asked women to start tweeting with the hashtag to show the magnitude of the problem. And the responses have been overwhelming, across every industry in many countries around the world.

This needs to stop. The industry needs to change. While women speaking out about their past experiences, and directly when it happens, will help, we also need the men of the industry to do their part. Wise up, guys. And start treating women with more respect.