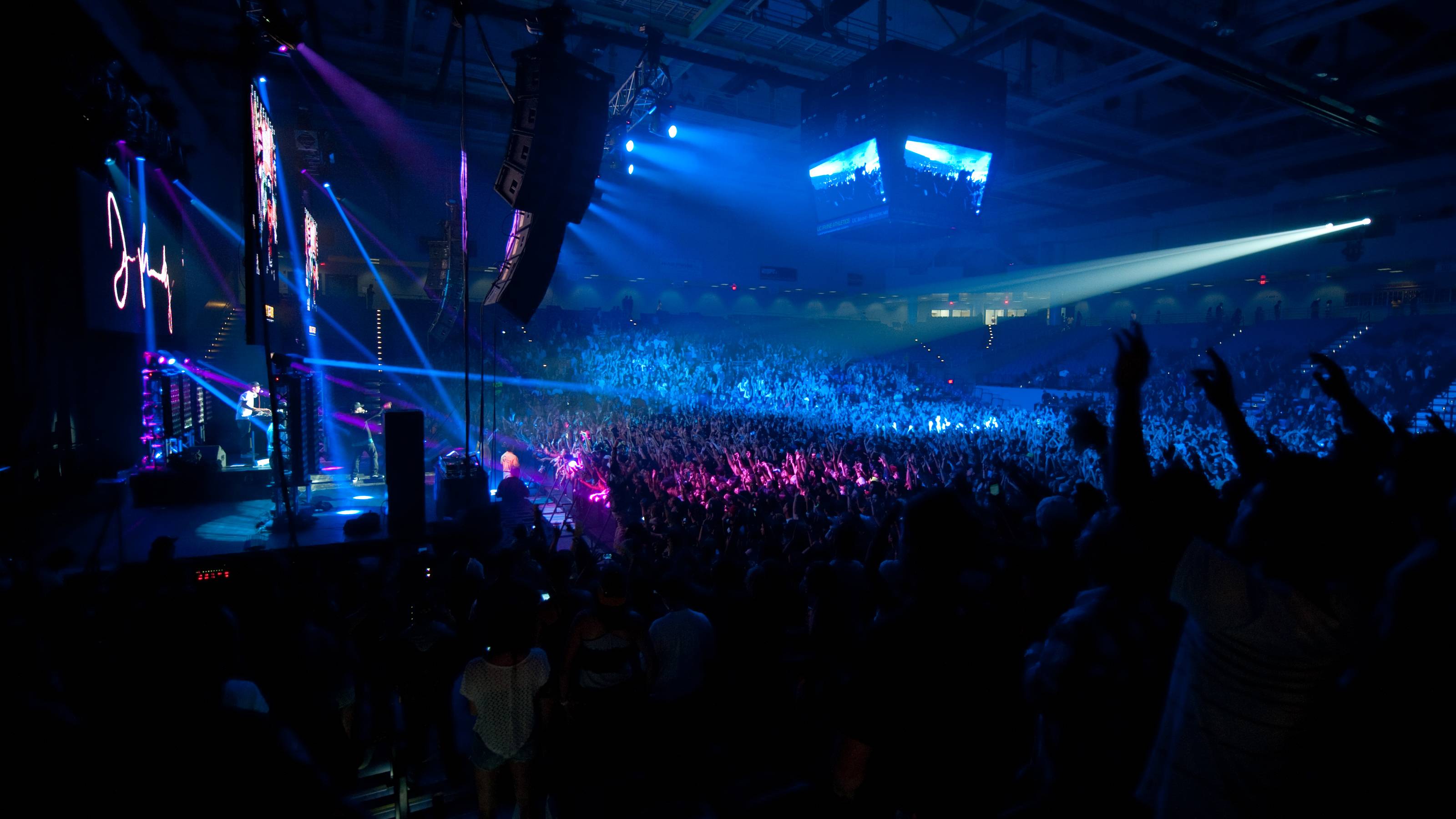 The North American LAN scene has always been a bit backwards. In Europe, everybody knows the biggest LAN is DreamHack—and with a current record of 9,444 connected computers (and 25,000 visitors), that’s unlikely to change anytime soon. DreamHack’s goal is simple: to be a digital festival of all things electronic.

In the U.S., however, LANs tend to be more focused on a single game or location, such as QuakeCon, where gamers gather to play its namesake game, or PDXLAN, held in Portland, OR. One event organizer, however, is vowing to do what nobody has yet—make a “Dreamhack for North America.”

The organization is called Press Start, an obvious reference to gamers everywhere. Press Start is a conglomeration of four different esports organizations from Southern California— SoCal eSports, High School Starleague, The Association of Gamers at UCI, and Triton Gaming of UCSD—who have been throwing events for years, and represents a concentrated effort to build something brand new to North America.

“The idea for Press Start began about four years ago. Esports was a fledgling but growing movement, and I decided I wanted to do my part to develop my local community in Southern California. The end goal: A circuit gaming event moving first around Southern California, then traveling throughout North America.”

The key difference between Press Start and almost every other LAN in the U.S. is that it plans on traveling around the country, and will stay flexible to provide attractions that any gamer or technophile might be interested in.

For example, the first Press Start LAN, Press Start: Irvine 2015, launching this weekend, will feature a Super Smash Brothers Melee tournament with a $10,000 prize pool. With more than 200 players already signed up to play, it already represents one of the largest SSBM tournaments ever.

And then there’s the non-competitive activities. Press Start has lots of DreamHack mainstays already planned, such as cosplay contests, artist displays, and gaming celebrity meet-and-greets. It also plans to have more than 10 different booths representing some of the top tech companies in the industry.

The future plans, however, are much grander than all that. Finn describes DreamHack as a “true festival, including large scale esports tournaments, concerts, an expo hall, and an art festival.” He says the inaugural event in “is our first step.”

“It took QuakeCon 4 years to reach 3,000 BYOC (Bring-Your-Own-Computer) seats from the 500 seats they hosted in 1999. It took DreamHack 17 years to reach almost 10,000 unique seats. We hope to reach 5,000 BYOC seats within 5 years, and at that point be the largest Gaming Festival in North America.”

Finn explains that the real drive behind Press Start is passion for gaming. Every member of the organization is a volunteer, even him, but that hasn’t stopped it from throwing events over the last few years, including a viewing party for the League of Legends World Finals last year that attracted over 1,800 people, making it the largest viewing party in the world. Press Start is also reaching out charitably, and is currently operating a fundraiser for CHOC Hospital.

This kind of experience gives Press Start a leg up over many other organizers looking to get into throwing events of this size. It also gives it inroads to sponsors, of which they already have an impressive amount, including MSI, Newegg, and Twitch.

For now, Press Start is starting small, and the LAN this weekend will only have 810 seats. And Finn isn’t too worried about filling them. “We knew the audience of gamers were here, ready and waiting for an event like Press Start… we’re proud that we can finally present all our hard work. “