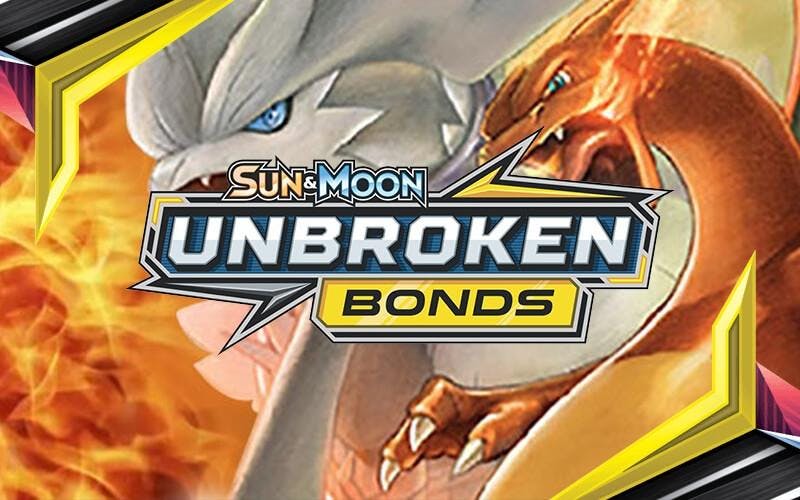 The Pokémon Unbroken Bonds TCG expansion set is nearly upon us, bringing with it a whole host of different cards to strengthen your deck.

Related: Everything you need to know about the Unbroken Bonds Pokémon TCG Set

The set contains over 200 cards, so some are always going to be more valuable than others. While kids will be happy to get their hands on that holo Lucario card, the competitive players and collectors will definitely be keeping their eyes open for some of the better cards in the set.

With that in mind, here is a handful of cards you should definitely look out for next time you open a booster back from the expansion set. They’re guaranteed to be some of the cards all players will want to get their hands on.

Any of the Tag Team cards

There are a massive amount of Tag Team cards including in the Unbroken Bonds set that can change the shift of any battle depending on the type of deck you have. They are powerful new cards that were added with the “Team Up” set and are some of the rarest to find.

Keep your eye out for any of them when you open a booster pack. They could be something either you or another trainer are after.

Red’s Challenge is a Supporter Card that allows you to search your deck for any card and add it to your hand, so long as you discard two other cards from your hand first.

It is the ideal card to use to get that match-winning card you need while sending cards to the discard pile that could either be retrieved back anyway or is un-needed.

Another Support card that can give you some extra fire power is Samson Oak. Using it, you can draw two cards from your deck while also having the option to draw two more cards if both players’ active Pokémon are the same type.

In a mirror match, this gives you an extra card draw—but be careful. The same card could be hiding in your opponent’s deck somewhere.

An ideal searcher card, Janine lets you look at the top four cards of your deck and put two cards from the four into your hand while shuffling the rest back into your deck.

It’s the ideal combo card that can be used in tandem with other effects to make the most out of any strategy. Of course, the next four cards in your deck might be useless, but at least that gives you an extra shuffle option to potentially get something better in your next draw phase.

The epitome of a “dick move” Koga’s Trap will force any of your opponents Active Pokémon to become Confused and Poisoned at the same time.

If an opponent’s boss Pokémon is causing you grief, this card could be the ideal way to stall or deal damage to it and potentially knock it out in the process. Of course, there’s still a chance that it could be healed, but it still offers some hope in a dire moment of the game.