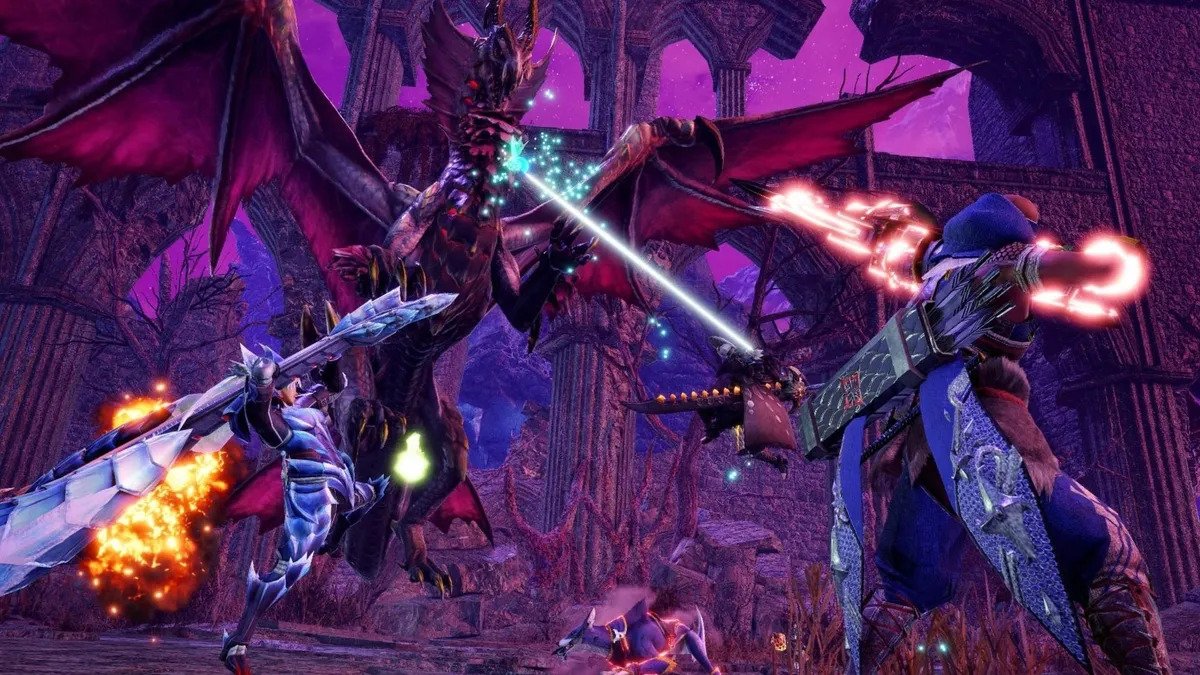 Monster Hunter Rise: Sunbreak brings new mechanics and features to the base game, Monster Hunter Rise. One aspect of the game that was brought directly from Monster Hunter World was all of their 14 weapons. Even though most of the weapons remain largely unchanged in Rise, a lot of them were tweaked with buffs and nerfs when Sunbreak was first released.

Due to these recent changes, we have curated a list of all of the 14 weapons ranked in a tier list going from worst to best weapons, from the D-tier all the way up to the S-tier. The placement of these weapons is entirely subjective and based on a combination of player experience and recent changes.

By game design, no weapon is objectively bad and players can finish the entire game with any weapon of their choosing. This list’s purpose is to (hopefully) make that journey easier for new players.

The Gunlance is an iconic weapon of the franchise. Gunlance players are equipped with a lance comprising of a hidden cannon and a shield for defense. Overall, this weapon and its counterpart, the Lance, are great defensive picks and should technically do well in this game too. But the expansion has only made monsters faster and these weapons are still as slow.

Their mobility issues are somewhat mitigated by the new Wirebug movement features, but having a lack of dodging ability and limited mobility otherwise really hurts the weapon’s effectiveness. The new Bullet Barrage ability is its saving grace, however, providing a burst of damage otherwise unheard of in previous iterations of the game.

The Lance suffers from most of the same flaws that the Gunlance does, except it does not have an equipped cannon embedded inside it. Both of these weapons mostly play the same and they have a very high skill ceiling, making them somewhat unfriendly to newer players. The slower playstyle of the Lance feels very out-of-place compared to faster choices later in this list.

One caveat of the Lance is that it still deals some of the highest damage in the game. If only it was easier to use, it would have held a higher rank in this list. Lance veterans would still feel right at home with this weapon and it provides a good challenge for newer players who opt to use it.

You’d think that in a game that focuses so much on its new mobility features, the Insect Glaive would feel right at home. The problem here is that too much of something can be a bad thing because the Wirebug features can do everything the Insect Glaive can do, and better.

That being said, the weapon is still very much as strong as it used to be, with some late-game choices being much stronger than Insect Glaives have been in the past. But in a game where most weapons can be just as mobile, the uniqueness of this weapon has been lost in the shuffle.

Hammer is quite possibly the easiest weapon to master in the franchise. The weapon has been made even easier to play in Sunbreak, but the slow nature of the weapon makes it quite situational compared to other faster weapons in this list.

The Hammer’s biggest strength lies in its ability to stun-lock monsters by repeatedly hitting them on their heads. This technique works great against armored targets too. The biggest issue here is the fact that while most weapons got buffed in Sunbreak, the Hammer stayed the same, keeping it at the C-tier.

Hunting Horn is another Monster Hunter franchise classic weapon. While the damage output of this weapon can be questionable in Sunbreak despite the buffs, the weapon’s true value lies in its buffs. The utility of a Hunting Horn wielder is not something to be overlooked, especially in party play.

With buffs ranging from increased regen to increased damage and defenses, there is nothing that a Hunting Horn cannot provide that a team cannot utilize. Most of this utility shines in multiplayer, however, and the slow and unreliable nature of this weapon in single-player is what drags it down a few tiers.

The Charge Blade is another iconic Monster Hunter series weapon with a complex playstyle. This is the main reason the weapon is in the B-tier while its cousin, the Switch Axe is higher up. In Sunbreak, the Charge Blade was buffed and its combos were simplified but not simplified enough for newer players to pick up and play.

The skill cap for this weapon is arguably the highest of all weapons on this list so it makes mastering this weapon extremely rewarding as it is capable of taking down even the toughest monsters with relative ease.

Quite possibly the fastest weapon in this list, the Dual Blades are capable of dishing out heavy damage in a short span of time. The high attack speed also makes it valuable to add an elemental blight effect to the weapon, since it would proc very often. As such, it makes sense to have different types of Dual Blades ready for different monster types.

Sword and Shield is the staple Monster Hunter beginner weapon. It will always be the middle-tier weapon due to its simplistic playstyle and good scaling, combined with a good mix of damage output. The main issue with this weapon is that the playstyle might be a little boring and repetitive, while the balanced stats make it so that not much variation can be had with this weapon.

The Great Sword has always been a popular pick since the early days of Monster Hunter. Its often slow and methodical playstyle might be daunting to new players, due to the long windup time between attacks. If not timed right, this can leave players open to attacks when they would be able to dodge otherwise.

The payoff for mastering such a weapon is dishing out some of the highest damage numbers in the game while the new Strongarm Style allows players to consistently stick to the monsters they want to kill.

If you thought the Great Sword was popular, say hello to its anime-loving cousin. The Long Sword has always been known as that anime samurai weapon because of its flashy attacks and stances. While it is much easier to learn than the Great Sword, it still has a relatively high skill cap, making it a very effective weapon in the long run.

The weapon is entirely based upon proper utilization of the Spirit Gauge, which once mastered allows players to make short work of even the toughest monsters.

The Switch Axe is in a good place in Sunbreak. While not being as complicated as its counterpart, the Charge Blade, it is still quite difficult to master. It provides a great balance between offense and defense by being able to switch between its axe form and sword form. This also allows for the most versatile offensive barrages of any weapon.

The new Elemental Burst Counter only emphasizes this playstyle even more. What’s stopping it from being S-tier is its initial complexity, but that wears off quickly with some practice.

With mobility and dodging being the key components in hunts, it is no surprise that all of the S-tier weapons are ranged options. Ranged weapons were always strong in the base Monster Hunter Rise and the Bow is a prime example. While launching powerful attacks from a safe distance, the quick windups and releases allow for great dodging windows as well.

The Wirebugs just make it easier to position yourself better to get good shots in with the Bow while dodging otherwise fatal attacks. A great Bow user has the potential to take on the highest tier of hunts with a chance of not taking any damage at all.

The Heavy Bowgun was always a solid A-tier pick in most other games. It was the low mobility holding back the true potential of this weapon. Wirebugs were the savior for this weapon, elevating it to the S-tier by allowing for great positioning and quick dodges, letting Heavy Bowgun users be in the right place at the right time to shell their opponents.

With the diverse array of ammo available in this game, the Heavy Bowgun shreds all kinds of enemies. Special praise goes to the Armor Piercing ammo because it is capable of damaging even the toughest monsters with ease.

The Wirebugs again come in clutch here, making Light Bowgun users even more mobile and, like any other ranged weapon, giving them exceptional positioning while taking little to no damage. Just remember to keep upgrading your weapons.