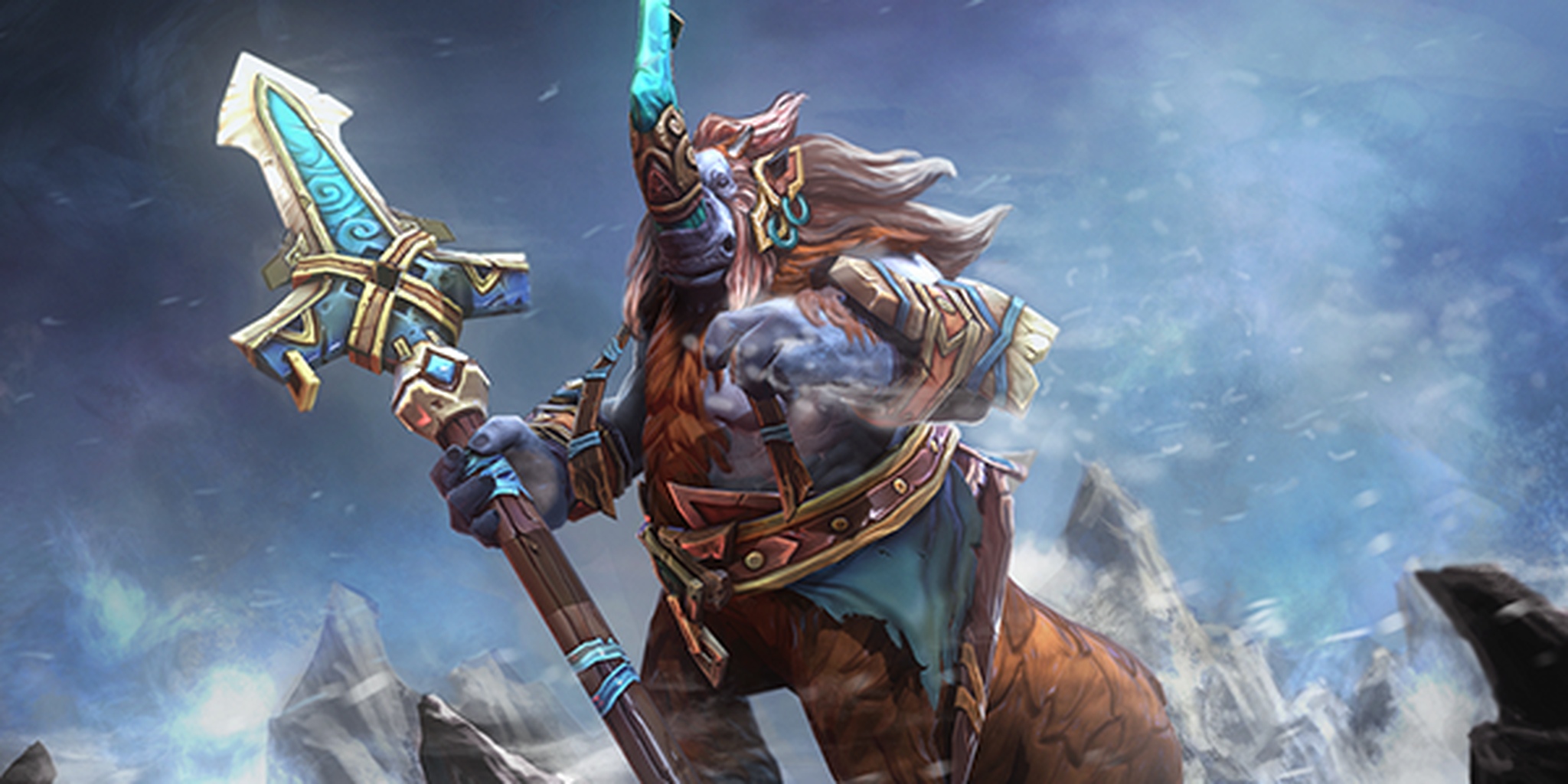 Dota is not a game for the faint of heart. Fickle mechanics can leave even professional players looking foolish. Not this time.

Turtoi “Ar1se” Ionut, former stand-in for Team Tinker, demonstrates the opposite side of that coin with a Magnus play that’s nothing short of mind-boggling. Creative, quick, and smooth, you really have to see it for yourself:

Not bad for a mid laner without a team to call home. For those unfamiliar with Dota here’s a brief rundown of the feat.

On either end of the river that divides the Dire side of the map from the Radiant side, runes spawn that either double your damage, speed you up, grant you gold, or create copies of your hero. Ionut starts off the combo by grabbing one of the latter and heading toward the enemy base.

Ionut also has an item called a Blink Dagger, which allows him to instantly teleport from one place to another. Normally, Magnus combines this item with a spell called Reverse Polarity, which gathers every nearby enemy hero, stuns them, and damages them. Magnus’s finishes this combo with a spell called Skewer that forces everyone in front of the horned hero in the direction he is facing.

But this combo requires a great deal of risk. After all, you never know who’s waiting on the other end of your blink.

So, not wanting to throw his life away carelessly, Ionut creates two copies of himself, uses an item called a Force Staff, which pushes illusions, creeps, and heroes in the direction they are facing, and pops the illusion across the wall to scout for enemies.

He then blinks in, gathers half the team, and delivers them into the waiting arms of some very gracious teammates.

He makes it look easy, but that’s the beauty of the thing. Yes, basketball players routinely deposit a ball directly into a hoop, but actually executing the action takes years of training and conditioning. Needless to say, Ionut’s planning, execution, and poise are exactly the characteristics that place Dota’s finest among the elite esports competitors in the world.