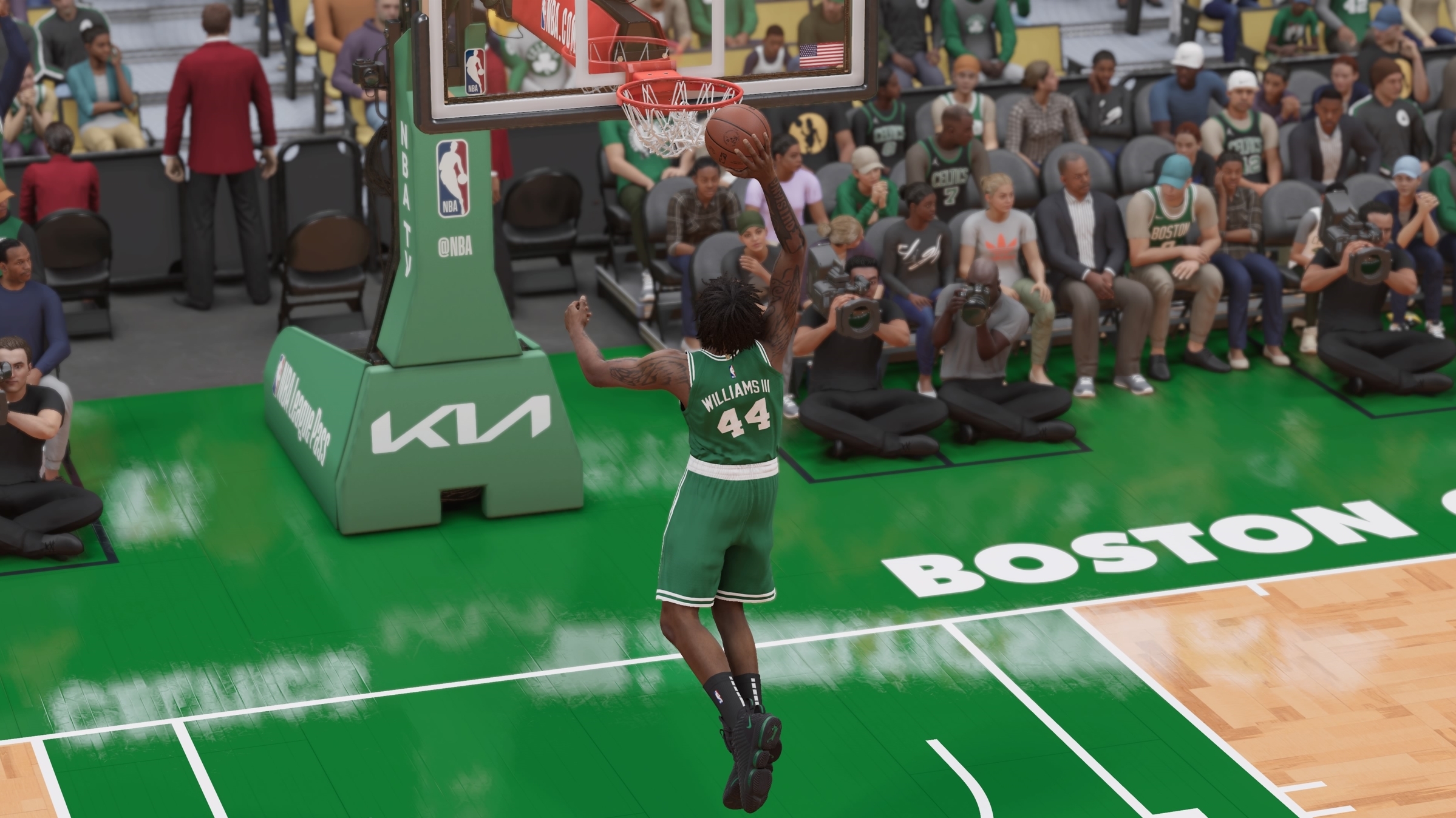 Dunking is one of the most enjoyable aspects of any NBA 2K title. The ability to add an exclamation to a basket is among the best feelings in basketball, and that doesn’t change in a virtual setting. In NBA 2K23, there are several new dunking mechanics compared to years past, including the ability to hang on the rim after a dunk.

In addition to hanging on the rim, players can also perform a variety of other moves while dunking. This includes doing a flashy dunk, a one-handed dunk, and a weak hand dunk, among others. However, players have gravitated towards the hanging on the rim mechanic, as that’s one of the best ways to add emphasis to a dunk.

In this guide, we’ll show players exactly what they need to do to hang on the rim after a dunk in NBA 2K23.

Hanging on the rim after a dunk in NBA 2K23

In order to start this process, players need to know how to dunk in the first place. To dunk in NBA 2K23, players need to press R2 on PlayStation or RT on Xbox while controlling the player with the ball near the basket.

Once the button is held, move the right trigger up and hold it there. This will perform a simple two-handed dunk that most players in 2K23 will be able to perform.

In order to add some flair and hang on the rim after you’ve completed a dunk, you need to flick down on the right trigger and then hold it there instead of moving it up. Basically, you need to move the right trigger down twice. This will make your controlled player still perform the dunk, but they will hang on the rim afterward instead of simply finishing the dunk and running back up the court.

Once your player has started to hang on the rim, it’s up to you how long they stay there. You will need to be careful, though, as staying on the rim for long enough will earn your player a technical foul, sending the other team to the free throw line for free shots and possession of the ball.

If done for just the right amount of time, though, your player will not be called for a technical foul and instead will get fired up. You may want to practice the button technique to hang on the rim before trying it in a competitive environment.