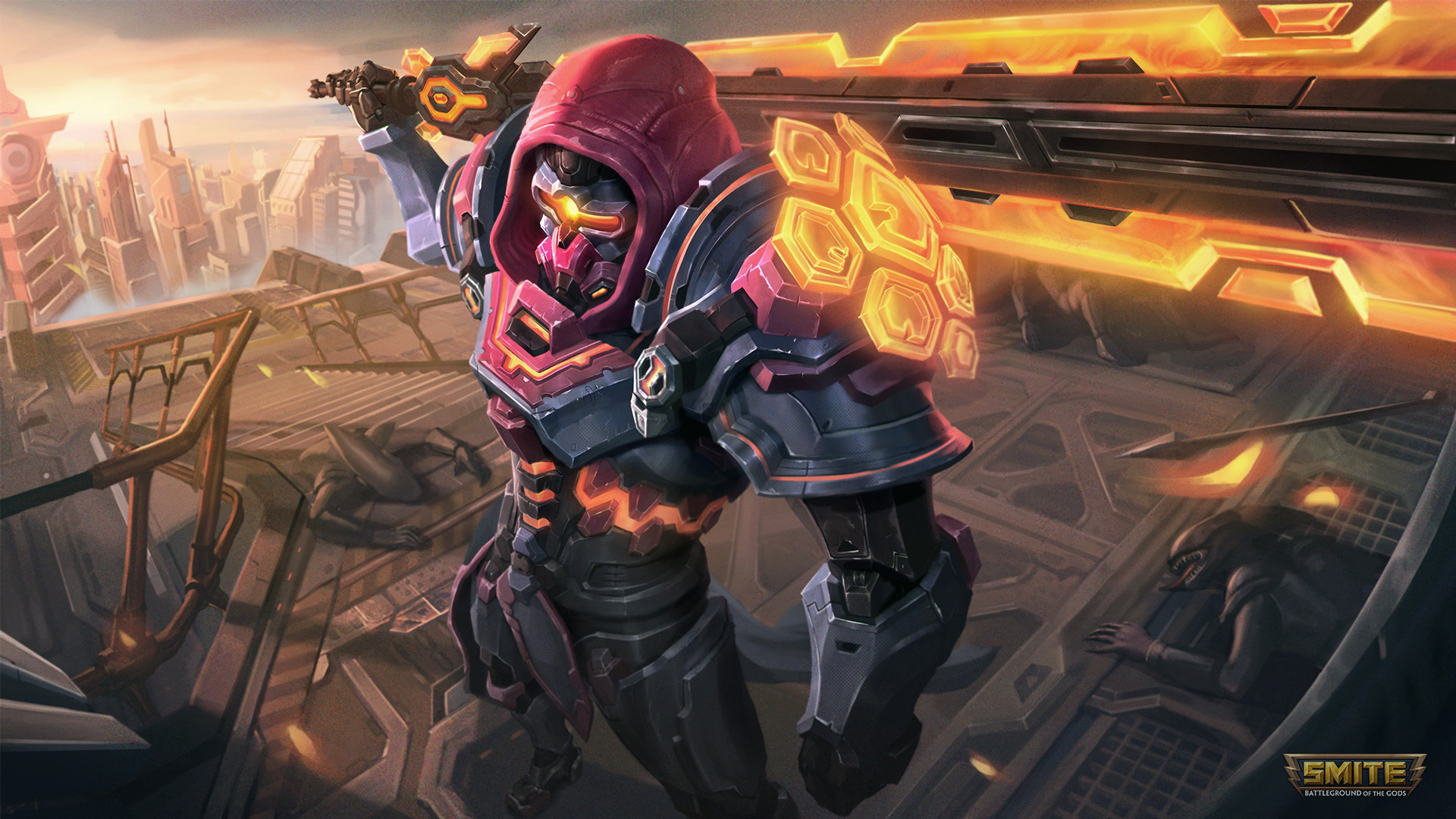 Smite‘s patch 9.6 will debut a new god for the Arthurian Pantheon, Lancelot.

In addition to the debut of the noble knight, patch 9.6 will also introduce 16 new skins.

Hi-Rez arguably makes some of the best cosmetics in the games industry. Of the 16 new skins revealed, six will join the game as part of the ongoing Heavenly Light event. The rest will debut through various chests and bundles. You’ll be able to snag the grand majority of the skins shown below when 9.6 goes live on June 14.

Some of the more interesting skins debuting with patch 9.6 include Burger Time Xing Tian, Slash Kuzenbo (a new Teenage Mutant Ninja Turtle Skin), and Bok Bok Horus, a skin that turns him into a corn-toting chicken. The most hilarious skin for those who enjoy watching Smite on Twitch from time to time, however, will likely be Mizkif Thanatos, a skin based on the popular streamer of the same name.

Below you’ll find all of the skins coming with patch 9.6, as well as the 9.6 Bonus update. Most of these skins will be available on June 14, while the bonus update skins will join the fray on June 28.