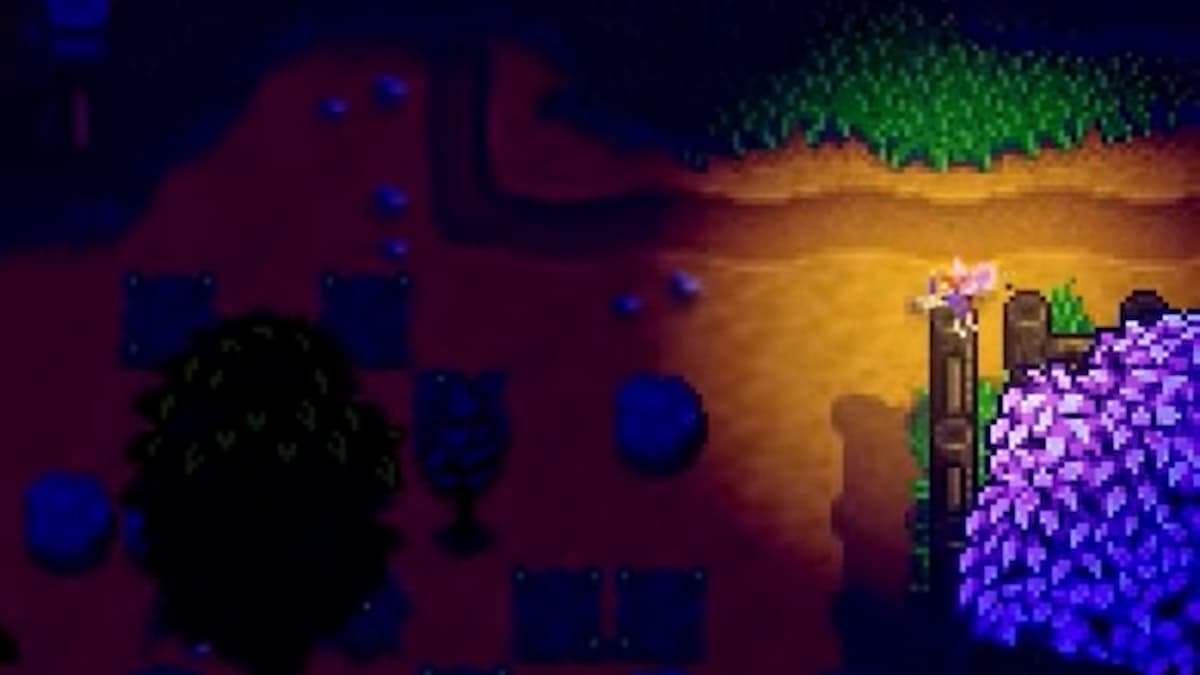 Stardew Valley gives players many options when starting a new game, including changing the World Seed (introduced in update 1.5 in December 2020).

The file will contain the name of your character followed by a list of numbers, such as YourCharacter_4295286, and the number would be your world seed.

When most people start a new game of Stardew Valley, they fill out their character sheets, pick their farm, and leave everything up to chance. If you don’t change your seed, you get a random seed to play with, and everything that happens is based on that World Seed. Changing your seed requires starting a new game. As you would normally in Stardew Valley, fill out your character sheet and pick your farm. When you’re all done, look at the wrench on the bottom left of the character sheet. The wrench is the Advanced Game Options; click it to open the menu and change specific parts of your playthrough. Scroll down to the bottom of the new menu to see Other Options: Random Seed: and fill in the text box with one of the seeds shown below.

Random events occur more often or at different times based on the seed you choose, but you cannot change this later. If you change your seed, make sure you don’t click Guarantee Year 1 Completable because that will sometimes cause the seed to be randomized. Basically, the Year 1 Completable ensures that you can unlock all Bundle items (like Red Cabbage) within the first year and essentially beat the game in the first year.

Below are some great seeds that can help you make the most of your gameplay.

This Seed requires a lot of work in the beginning, but it’s well worth it if you want a great start without being too unfair.

The first thing you need to do is go onto your farm and plant as many seeds as possible. Prepare your farm by clearing a good chunk of it, which will become more important later. Plant seeds in the first two to three days after clearing out your farm. You don’t need to water them. Instead, keep planting them and clearing your farm of space.

On Spring 3, the Crop Fairy will come and do magical things to your crops. You usually get a full harvest from your seeds when she’s done, although the effects are usually random. Planting a large number of seeds will allow you to make a lot of money.

We recommend planting a lot of Parsnip Seeds because they are cheap, and you can plant a lot of them. In the beginning, you get 500g, so you can buy and plant 25 Parnsnip Seeds, and if you combine it with the 15 Parnsnip Sheeds that the mayor gives you, you’ll have plenty to plant. You will gain at least 1,400g and up to 2,080g from planting all 40 and have a lot of experience from harvesting them. We also have great variations of this kind of seed below.

Crop Fairy on Day One

The strategy involved after the crop fairy arrives makes this seed different from the one above. Since the Crop Fairy comes to you on the first night, you can speed up a lot of planting and maximize your earning potential. The following morning, you will be able to harvest whatever you planted on day one. The process may seem the same as before until you realize that regrowth cycles are involved. 500g is enough to plant eight Bean Starters, which normally take 10 days to grow, but the Crop fairy will take care of that for you. The Green Beans will regrow every three days, allowing you to earn even more money.

During your first season, you can harvest your Green Beans nine times if you harvest them on Day 2. If you could only afford the eight Bean Starters, that’s a minimum of 2,880g and a maximum of 5,760g. It is arguably a better start than waiting for the fairy, and it would be difficult to beat with the seed above since Bean Starters cost 60g, and it would take three full days to begin the process. Choosing this start is recommended over the one above because it gives about double the payoff and makes the game easier to play.

This seed is a combination of the World Seeds above. This World Seed has the crop fairy visit on the third night, so use the same tactic as the first World Seed. It’s different because you’re guaranteed to get a meteor and an owl in your first season. As a cherry on top, the Crop Fairy will reappear on Fall’s first day.

There is a guarantee the meteor will fall on your farm, even though it normally occurs randomly. The meteor can be looted for normal geodes, iridium ore, and stones. The stone owl is not related to the Stone Owl sold at the Night Market. Stone owls appear randomly on farms, and many claims there is less than a one percent chance of seeing one. Your farm will be one of the lucky few to have a stone owl.

Using the money you gain from the first strategy, if you only get the minimum amount of money, you can reinvest it to gain at least 8,280g and at most 16,560g.

Finish the Community Center in your first year

Although this seed is the most interesting of the group, it is perfect if you want to finish the Community Center in a year. The Traveling Cart will sell many of the Bundle ingredients necessary to complete the Community Center on certain days of the year. Remember that when the Traveling Cart comes on Summer 28, you can purchase Ancient Seeds, which will reward you greatly if you plant them on Spring 1.

In addition to being difficult, it may even be more difficult if you rely on the Traveling Cart to provide everything since it is so expensive. If you’re trying to do this in a year and don’t mind spending gold to make up for what you can’t do, check out our list below for the days the Traveling Cart comes and what ingredients it sells for Community Bundles.

There is no randomness to the Traveling Cart on this seed, so it will appear as listed below on the dates listed:

The traveling cart isn’t locked to one year, so you can always see it next year on those days.

Rather than giving you a random event, this World Seed gives you a way to kickstart your farm in a really cool way. Your first step should be to head north from your farm to Linus’ tent. You will see some worms in the dirt in front of his tent. Till the worms with your hoe, and you’ll get five Ancient Seeds. This is so amazing because Ancient Seeds are rare and have less than a two percent chance of appearing in the Traveling Merchant’s inventory.

Penelope and the Dwarf in the mines like Ancient Seeds, but it’s not something you want to give away. Ancient Seeds are worthless by themselves, but you need to donate one to Gunther at the Museum next. You will be rewarded with a pack of Ancient Seeds that you can plant and a recipe for making more Ancient Seeds from Gunther in return for your contribution. You can use the other four seeds to make four more packs of Ancient Seeds and plant them on the same day.

It takes 28 days for Ancient Fruit to grow, so if you plant it on Spring 1, you can harvest the first batch of fruit on Summer 1, then you can continue to harvest the regrowth every seven days until Winter. The first batch will net you at least 2,750g, and the best batches of five will net you 5,500g. By the beginning of Winter, you would have gotten at least 24,750g and at most 49,500g.

Even the worst-case scenario will make the second year so much easier if you save up, making this Stardew Valley World Seed the best around.