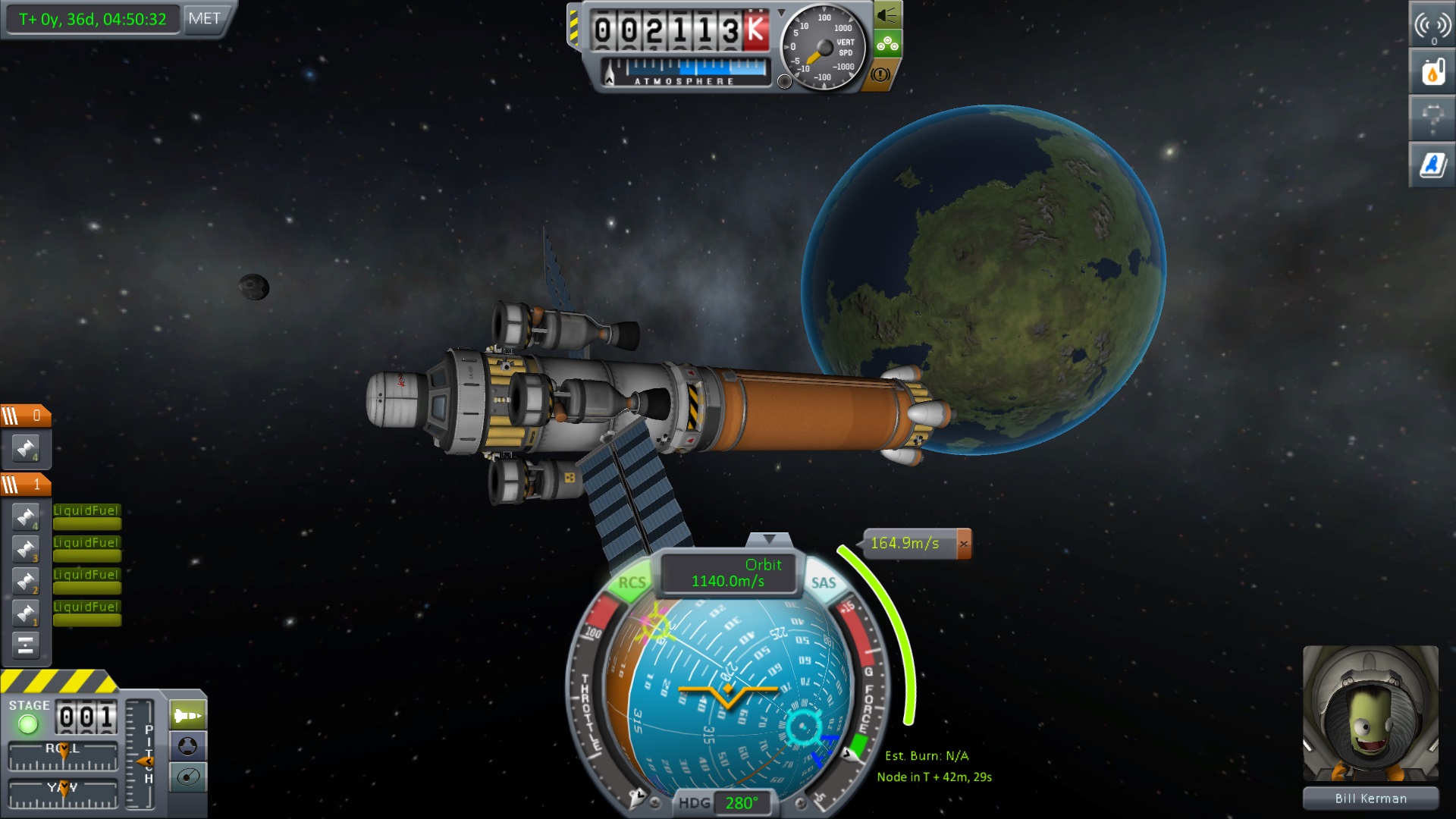 It’s not common for Mac users to wait to be able to play games long after they’re released on PC. When you can’t download most of the games on Steam, browsing through it isn’t as fun. Although Mac has fewer games than PC, some fun games are available for Mac users.

We’ve compiled a list of the best Steam games that you can play on a Mac below. There is a link to every one of them so you can examine them more closely and decide.

Kerbal Space Program is a great game for Mac users who want to learn about aerodynamics and rockets. Kerbal Space Program puts players in charge of a space program with alien-like crew members. The players try to make it into space by building rockets as well as they can.

The game’s physics engine accurately simulates how your rocket would fly every time you launch it. Playing this game is all about seeing your engineering, whether the ship will even take off from the ground, and how well it handles in space as it travels. Despite a lot of trial and error, failures can be funny if spectacular enough.

House Flipper is a surprise hit available for Mac users on Steam. Buying a house and making some renovations and decorating it is the goal. Players can make money by flipping beaten-down houses into beautiful ones. Each home has its own list of problems that need to be fixed before it can be listed with the next prospective buyer.

This kind of gameplay was made popular through TV shows like Property Brothers and Love It or List It. Players can rebuild parts of the houses, knock and build walls, and make them look better, letting them do everything that makes reality shows popular.

Hidden Deep is a new take on the horror genre available for Mac. A research facility discovers a strange reading in the depths of the earth. A group goes to inspect it to figure out what was causing these readings. Communication is eventually cut off, and the player must lead a new team to rescue the initial team.

This is a 2D side-scrolling horror game, so it’s not the same kind of tension, but it’s still tense. The tension is at its peak when the player comes across deadly beasts determined to kill them. Players will fight off enemies, rescue those in need, and use different machines to dig deeper into the ground.

Undertale is a hit indie RPG loved by many. Players take on the role of a child who gets trapped underground. To get above ground and onto the surface, players must now explore the underground world. You’ll encounter various unique characters here, and the combat offers plenty of surprises.

Undertale drew in fans by its world and lore more than the combat because the real fun is in not fighting. After completing your first playthrough, you’ll want to go again because the second playthrough feels like an extension of the first. Different choices change the gameplay, but one character, Sans, remembers everything you’ve done.

Brawlhalla is a free-to-play fighting game that plays a lot like Super Smash Bros. A total of 54 characters are playable in the game’s fighting game, which has crossovers with popular franchises such as Street Fighter and Rayman.

Brawlhalla is fully compatible with macOS and is one of the fastest games you can get for Mac on Steam. There are also a variety of game modes like dodgeball, soccer, and football, which are fun to play because you can still beat up your opponents. If you’ve ever wanted to play Super Smash Bros. on your computer, here it is.

9) The Return Of Obra Dinn

The Return of Obra Dinn is a mystery adventure game. Players examine a ship that has been missing for years. Despite the missing crew, the ship arrived at a dock in England. Players assume the role of the Honourable East India Company’s Chief Inspector and must figure out what happened on board the ship.

Players can go back and forth through time, filling in how each crew member died. In addition to filling out their book, players should also investigate what caused this crew to act so irrationally.

Farming Simulator 22 features the best aspects of the series and adds a bit more. Players are put in a farming community where they can be farmers, ranchers, beekeepers, or anything in between. Farming Simulator 22 is a highly accurate simulator that tasks players with doing everything a real farmer and animal keeper does to make a profit.

Its community and tournaments are what make Farming Simulator 22 so enjoyable. A major feature of the game is its co-op and multiplayer modes, which are used in tournaments to see which players can build the most successful farms in the shortest amount of time. If you’re not into the competitive scene, Farming Simulator 22 is a fun way to relax and control a fun farm.

Despite being called a walking simulator, Firewatch has a unique story for Mac users. The game lacks many mechanics to help immerse players, and it’s mostly linear with puzzles to solve. Still, the narrative is what made the game take off.

Henry, a Fire Watch member in the 1980s, is the main character. Delilah is Henry’s only contact with the outside world, as she uses a radio system from a nearby tower to communicate with him. The player slowly discovers Henry’s reasons for taking such a secluded job, and Delilah tells the player what happened to the previous fire lookout. Within a short time, Henry and Delilah realize they are not alone in this forest. Players must discover who is in the forest and what is happening by discovering who is out there.

The Walking Dead is responsible for Telltale Games’ explosion in popularity. The Walking Dead was probably the developer’s most successful video game series overall, even though they did many more after it. It is an adventure game with Quick Time Events and a variety of choices that affect the overall plot.

As the world descends into a zombie apocalypse, players control Lee, a man who narrowly escaped being bitten. Lee meets Clementine and goes through a heartbreaking and emotional story that is forever etched in his mind. Mac users who have not played this game are doing themselves a disservice.

Terraria is essentially a 2D side-scrolling version of Minecraft but with a stronger focus on RPG elements. Players must build a village to protect villager NPCs against raids and bosses. This base will eventually get bigger, stronger, and more personalized as players create bonds with the NPCs.

In the end, the player will have to fight numerous bosses and develop their character from a random survivor to a hero.

Gang Beasts is a fun-centered multiplayer PvP game. Humanoid characters are controlled by players but with some wonky physics. In general, the goal is to remove everyone else from the map, which has many environmental hazards to help fulfill that goal. Up to eight players can fight each other in a match.

Alliances are made and broken in free-for-all mode without a single word being spoken, but teams are assigned in Gangs mode. Players can beat each other up and try to knock their enemies off of various locations. There is a foundry, rooftop, aquarium, shark-infested waters, and many more. Each location offers its own way of disposing of characters.

There are many Mac users that can’t get into big multiplayer games like Apex Legends because they don’t have a PC. Dota 2 is a popular MOBA game created by Valve that Mac users can get into. There are hundreds of heroes in this team strategy game, each with a unique skill you can use. Additionally, you can build items that will increase your heroes’ strength as they level up.

In Dota 2, your team must destroy the enemy’s structures within the enemy’s base to win, but it’s a lot harder than it seems. It has great graphics, which is normally not available on many Mac games, and Mac users can run it well on a lower FPS setting.

Players must ensure there is enough housing, industrial locations, work sites, and even that the electric and water companies are doing their jobs right. Players have the ultimate control of their cities, and as they grow, they’ll be given even more areas to use and locations to build on.

While you can grow crops, raise livestock, fish, make friends in town, craft goods, mine ores, and even settle down and have children, that’s only half the fun. You can become a hero, meet wizards, deal with some otherworldly magic, or even become a corporate legend. It’s so much fun to play Stardew Valley because it doesn’t limit you to one type of gameplay.