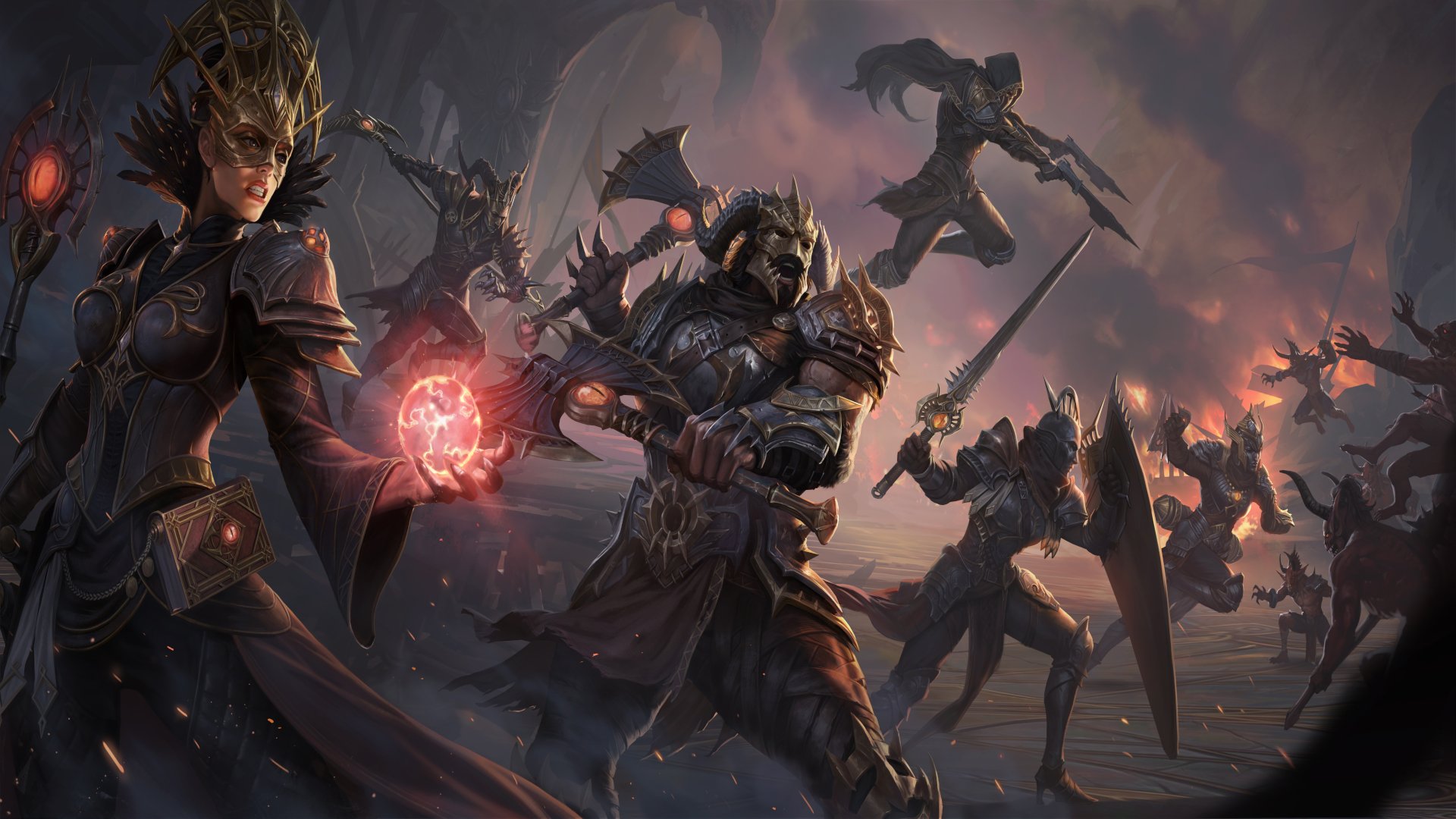 The long-awaited Diablo Immortal is almost here, and players are eager to enter the world and fight back against the demonic forces. This new MMO game aims to bring all of the best of this top-down RPG series on the go. Part of that starts with the character creator, where players decide which class they want to play.

From ranged to warrior, there are a lot of class options. Like in the main Diablo series, each class has its own special abilities, weapons, and characteristics. Below are some examples of the current classes available and the abilities each starts with.

A melee fighter equipped with two axes, the Barbarian is one of the fiercest of fighters. The Barbarian prioritizes strength and being tough enough to take a punch. Their starter abilities prioritize brutal offense, with their primary attack being Lacerate. This ability does 50 to 72 damage with every third hit healing the Barbarian for 15 percent of the damage done.

The three starter abilities include:

The Wizard is a ranged magical class with an emphasis on keeping their distance while doing damage with a staff. Their abilities prioritize keeping enemies away and dealing consistent damage to those who insist on getting too close. The Wizard’s primary attack is Magic Missile, which launches a projectile that deals between 45 to 63 damage.

The Wizard’s three starter abilities are:

A silent rogue, the Demon Hunter stalks their enemies before attacking with ranged physical damage. With a crossbow in each hand, the versatile Demon Hunter’s abilities focus on an unrelenting stream of projectiles. The Demon Hunter’s primary attack is called Crossbow Shot, an arrow that deals between 47 to 66 damage.

The rest of their special abilities include:

With martial arts knowledge, the Monk does magical damage with their melee attacks. By tapping into their own energy, this class can deliver fast strikes with their fists while dancing around the battlefield. The Monk’s primary attack is Fists of Thunder, which teleports them to a nearby enemy and unleashes a series of punches that each deal 50 to 78 damage.

The Monk’s other abilities include:

The Crusader is a hybrid melee character that draws from magic and physical attacks. Equipped with a shield and sword, this class focuses on dealing heavy blows and dominating the field of battle. The Crusader’s Primary Attack is called Punish and it does 45 to 54 damage. It also buffs the Crusader with Hardened Senses, increasing their block chance by 30 percent for two seconds.

The Crusader’s other three starter abilities include:

The Necromancer holds control over life and death, summoning creatures long passed to fight for them. In addition to their base attack, this class passively summons skeletons to help aid them in battle. The Necromancer’s primary attack is Soulfire, a blaze of blue energy that deals 42 damage to the target and 25 percent damage to nearby enemies as well.

The Necromancer’s other abilities include: