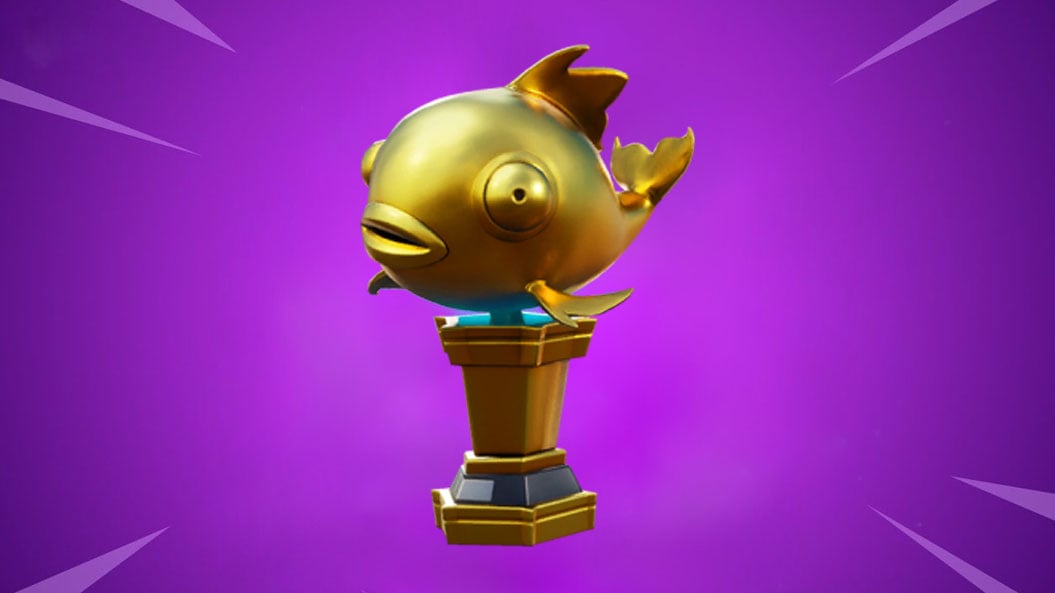 Fortnite Chapter Two introduced a new mechanic, fishing, to the battle royale where players can potentially pull materials, fish, or a random rarity weapon out of the water. All players need to fish is a Fishing Rod, and they aren’t too difficult to find since the common item can be in chests, floor loot, or Fishing Rod barrels.

Since Chapter Two was released, players were under the assumption that there were only three types of fish that players could reel in: Slurpfish, Flopper, or Small Fry. But that doesn’t seem to be the case.

Fortnite data miner HypeX revealed last week that a Mythic Goldfish might be coming to the game as a throwable item that deals 90 damage. That would make the Mythic Goldfish one of the strongest weapons in the game alongside the Rocket Launcher.

And yesterday, a Reddit user posted a clip showing how he was eliminated by a Mythic Goldfish while he was dancing over a fallen enemy.

Another Reddit user posted a photo of their character holding a Mythic Goldfish. They claimed that the item was laying on the ground near Misty Meadows, breaking the assumption that the Mythic item could only be obtained by fishing.

A few hours later, FNBRHQ posted a clip on Twitter where a player was able to show off the Mythic Goldfish.

Fortnite fans haven’t been able to pin down an exact strategy on how to find a Mythic Goldfish, but data miner ShiinaBR posted a clip of a player pulling the item while fishing.

If you’re fortunate enough to reel one in, be sure to use it well since the Mythic Goldfish is the rarest item in Fortnite Chapter Two.