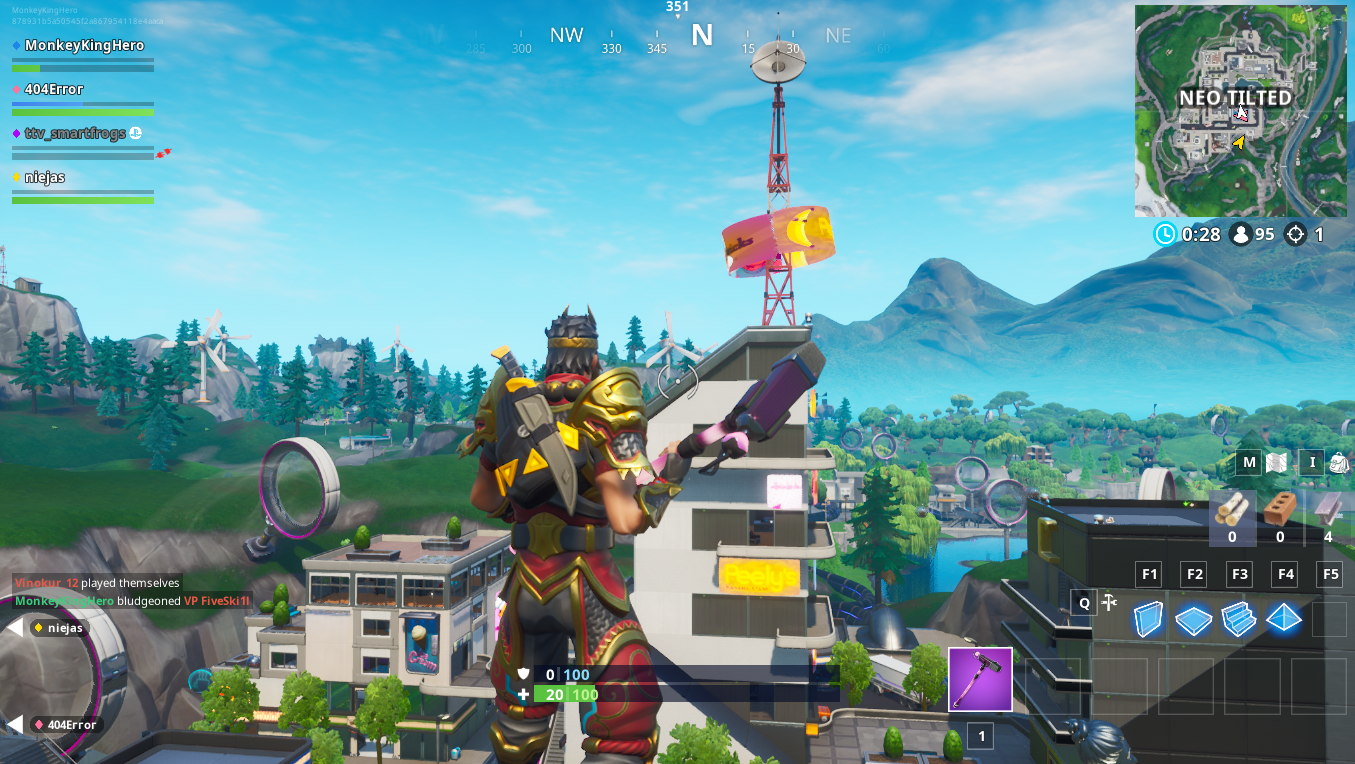 The last Fortbyte on the list, No. 100, has just launched in Fortnite: Battle Royale and players are scrambling to add it to their collection.

Don’t panic, though. It’s a relatively easy Fortbyte to collect and you won’t have to do anything too crazy to grab it.

Fortbyte 100 can be “found at the highest floor of the tallest building in Neo Tilted.” The building in question is in the northern section of Neo Tilted. You should try to land on top of this building and dig down to make it easier to collect.

You’ll be able to tell which building it is by the large radio tower on top of it. Once you collect Fortbyte 100, you can circle around the city to collect any other Fortbytes you might have missed out on or try your luck at getting a victory royale—as long as someone hasn’t gunned you down already.