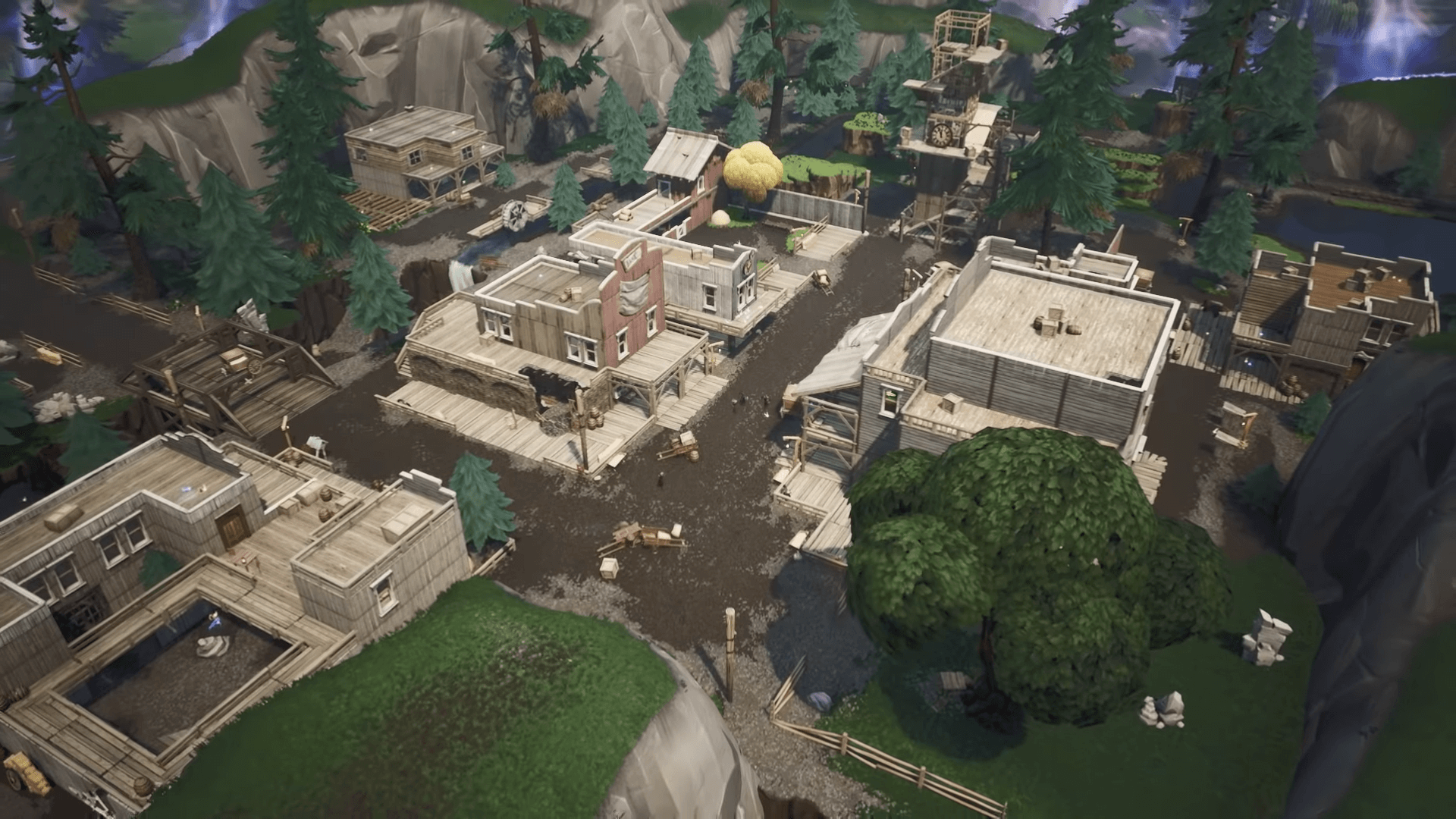 Today’s Fortnite: Battle Royale v10.0 Content Update brought a new and huge map change. Neo Tilted is gone to become Tilted Town, a new city with a wild west theme and one of the first areas on the Fortnite island to have its own rules.

It’s impossible to harvest material or build anything in Tilted Town. Players can only use guns, items, and elements of the environment that are already in the city. It’s unclear for now if players can still explode the town using explosive weapons or if the materials also resist explosions.

Epic Games released a trailer to show how gameplay looks like in Tilted Town.

There’s a set of unvaulted weapons that were brought back to the game which players can only find in Tilted Town. The Epic and Legendary Double Barrel Shotgun, the Uncommon, Rare, and Epic Six Shooters, the Uncommon and Rare Hunting Rifles, and the common Infantry Rifle are all available in the area and can be picked up to be used in other places.

But this is the second time Epic has created an area in Fortnite that has its own rules. Earlier in season nine, when players were in the Fortnite x John Wick event, there was the Continental Hotel at Neo Tilted where players couldn’t shoot their guns, use items, or eliminate other players while inside.

Epic has yet to explain how other Rift Zones will work. With the season X release, it seemed that it would only bring back points of interest from old seasons, but it’s the first time players have seen Tilted Town. We might have more of these changes coming in future updates.