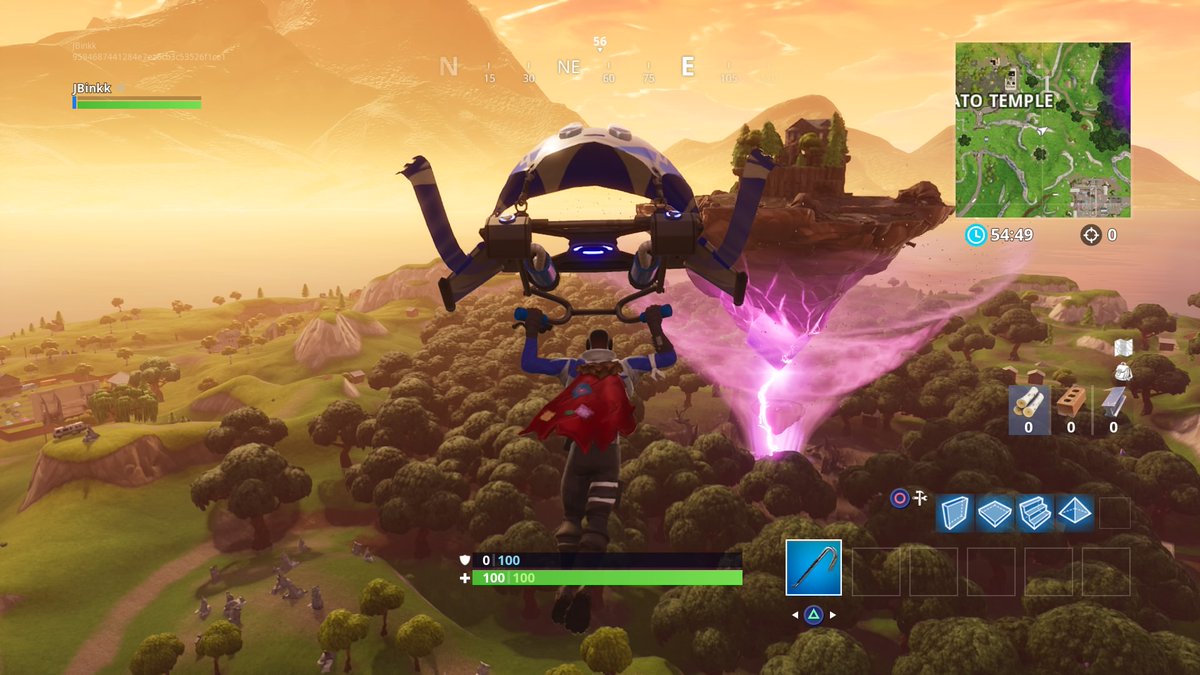 The island that began at Loot Lake has moved over to Wailing Woods now, where it has activated another rune.

The Wailing Woods rune is the floating island’s current focus, making it the fifth rune that has been affected by Loot Lake island, which began its movement more than a week ago.

Since Sept. 30, the island has activated five runes, including the one today. The island’s first target was near Pleasant Park. Next, it went toward Shifty Shafts. Then it turned its attention to the rune northwest of Fatal Fields. And on Oct. 9, the island activated the spot southeast of Retail Row, where it began the transformation we’ve seen at each of the affected Corrupted Areas.

In addition to the wind vortex pushing the actual rune symbol out of the ground, volcanic pits appear on the ground, and they can launch you into the air. The cube, which is embedded below Loot Lake island, also seems to be expanding across the actual floating island.

Each time a rune has been activated, more and larger pieces of the cube have shown up in the house and underground portion of the floating island. In the beginning of its movement, the cube had very little presence above ground level, but it now has several layers throughout the house.

If the island continues this pattern, it will stay at Wailing Woods for the next few days before the symbol resets in the ground and the island begins moving toward another Corrupted Area. There’s only two untouched runes left: The one southwest of Dusty Divot and the rune south of Lazy Links. So you have a 50-percent chance of guessing where the island is headed next week.