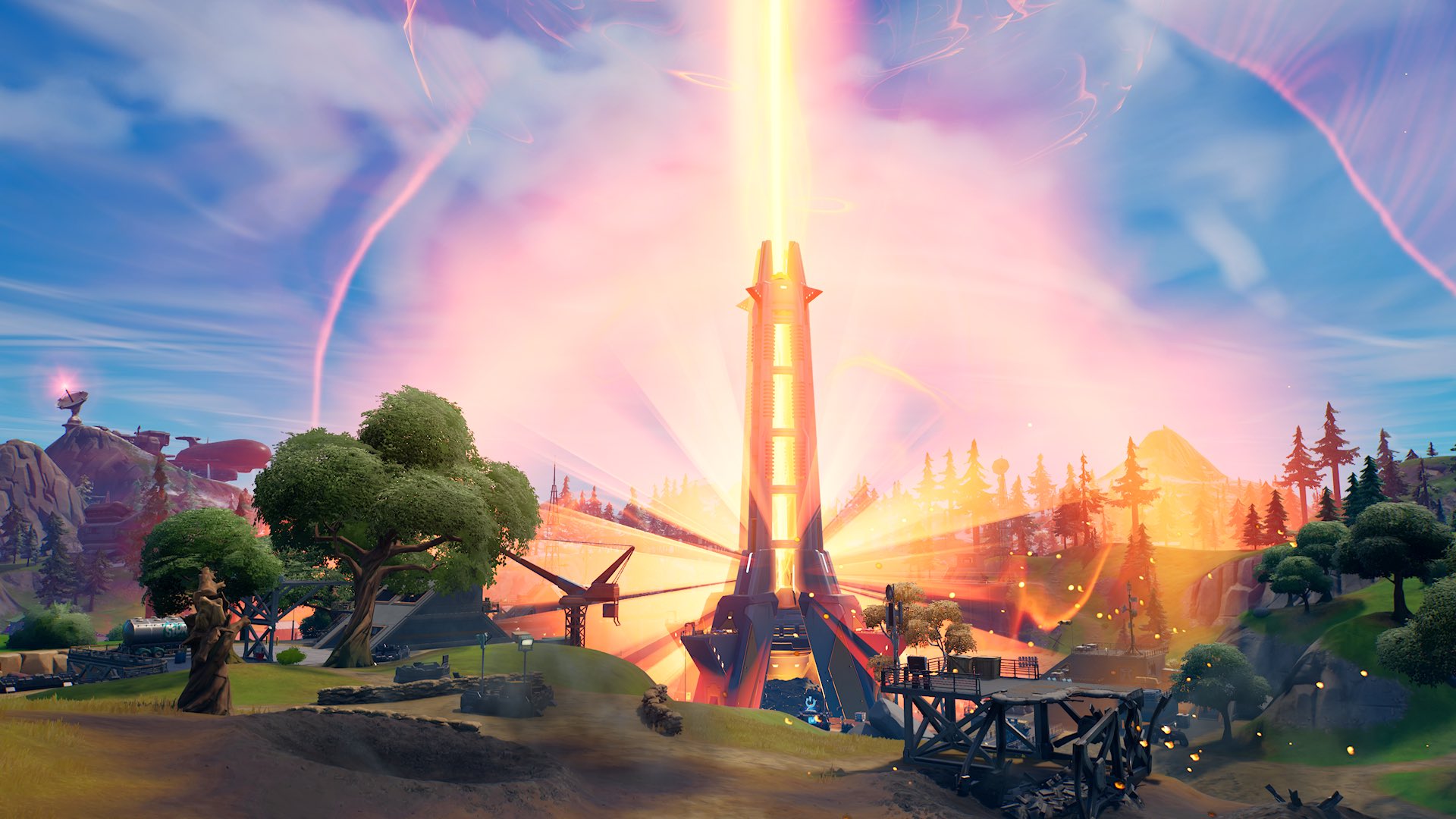 The current season of Fortnite has players fighting in a war against The Imagined Order, doing whatever they can to stop them from taking back control of the Zero Point. But despite the valiant fighting from The Seven and players, the IO has managed to build their doomsday device, The Collider. Fans didn’t know what to expect from this machine until it suddenly started pulsing.

The first event happened sometime on May 20, according to the Twitter account FNPulseWatch, when The Collider suddenly sent a burst of energy into the sky. While no one is sure what the machine is doing, it will push a player back if they’re standing too close, signaling the level of energy this doomsday device is giving off.

The next day, another pulse happened at around 2pm CT, occurring at a different time of day than the previous one. This led some to believe that the pulses started at random, with others attempted to create schedules around these events.

To some surprise, the next predicted pulse happened when this account listed it, proving that the pulses weren’t random and the IO is working on a specific schedule. This changing of times also allows players worldwide to try and watch a pulse for themselves. Then, the fourth pulse happened, further cementing this theory.

Players were so confused by the pulses that they didn’t notice something else about The Collider was changing. After the third pulse on May 22, a single line on something that looks like a progress bar lit up. While it took the first three pulses to light up the first bar, that’s too slow for it to be completed when the event happens.

Thirty dashes look like they need to be lit up. If that took three days as it did for the first one, it would take 90 days for the machine to fully charge up. But if the machine were to speed up its pulses, occurring in shorter intervals, the machine would have no issue reaching the max charge.

There have also been reports that The Collider will turn purple at some point, thanks to leaks found in the game’s files. This is expected to happen during the event next week or when there is a much larger pulse from the machine.

Players who want to know when the next pulses are can check out FNPulseWatch on Twitter, which lists all the expected pulses. Some of the upcoming activities it has scheduled are:

Unless the pulse changes and starts happening quicker, players can look to the community to help them experience it at least once for themselves.