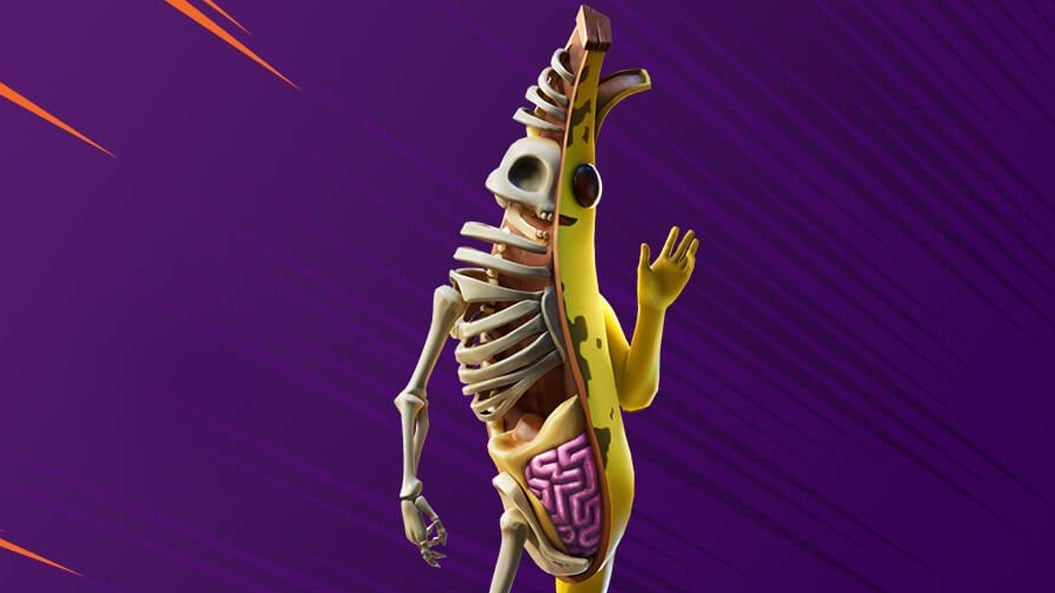 Rumors were circulating that Peely would be getting a new style or skin named “Bone-Peely,” especially after popular data miner ShiinaBR posted a photo that was accidentally leaked in the German News API of Fortnite Chapter Two.

But earlier today, the official Fortnite Twitter account posted a 21-second video showing off Bone-Peely pulling a Ghoul Trooper out of a grave.

Ghoul Trooper is now available in the Item Shop again for 1,500 V-Bucks, which will also include the Bear Brained back bling.

Keep in mind that players will have to purchase Bone-Peely. It won’t be an alternate style for the original Peely skin that was released in season eight.

Players will be able to purchase Bone-Peely with V-Bucks when the Fortnite Item Shop refreshes at 7pm CT.