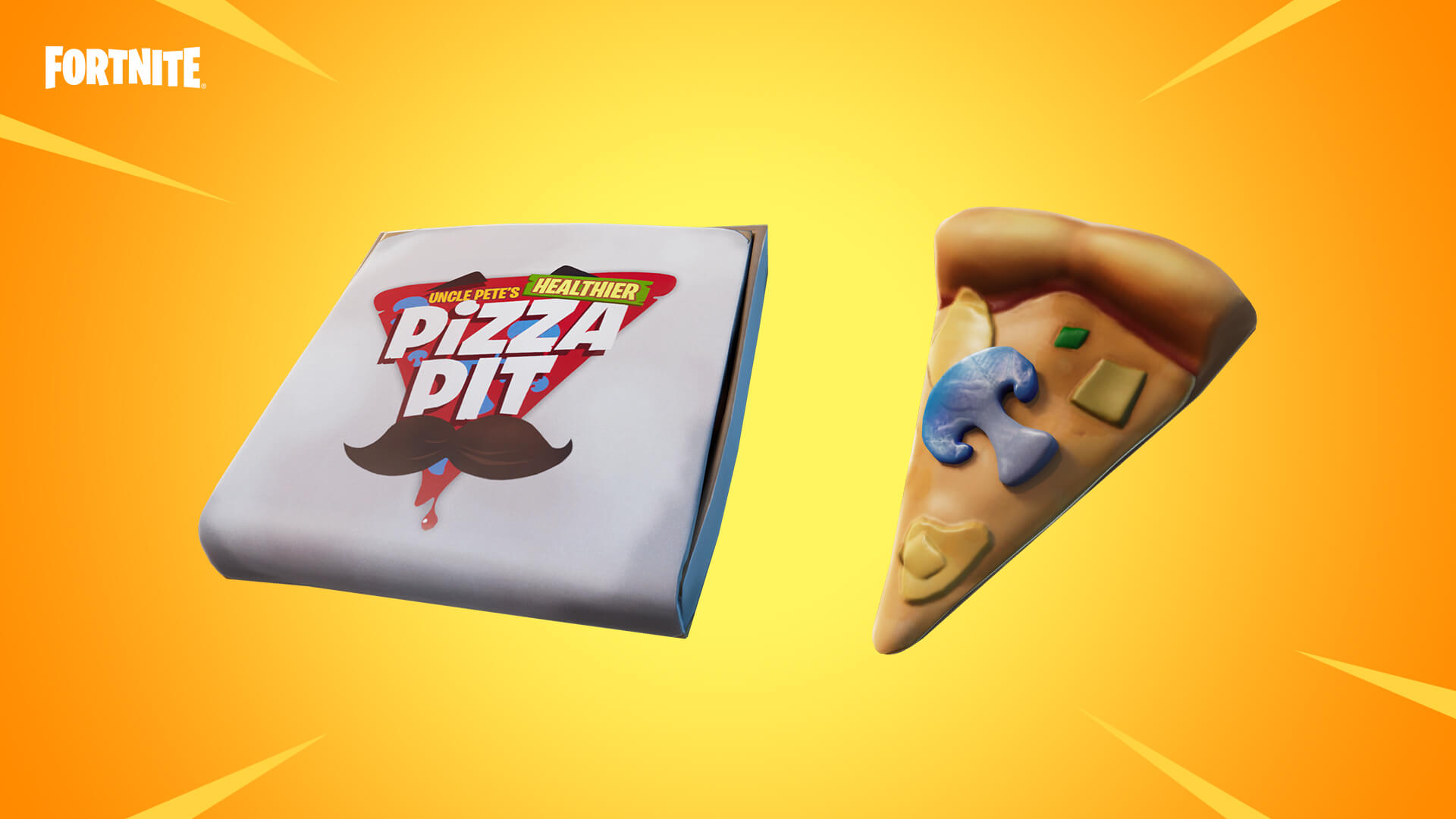 A hot fix for Fortnite v19.10 is introducing a hot slice to the iconic battle royale title with the Pizza Party item being added to the game.

The new item itself is a hot and fresh Slurpshroom Pizza from Uncle Pete’s Pizza Pit and it can be found all across the island in chests, supply drops, Loot Llamas, or on the ground. It can also be purchased with Gold Bars from Tomatohead, who’s located at Greasy Grove.

The Pizza Party item can be thrown on the ground, producing eight “surprisingly nutritious” slices of pizza that players can consume to restore both health and shield at the same time, up to max health and 50 shield. From the in-game video, it appears that each individual slice will replenish 25 health and 25 shield.

If you have some pizza leftover, you can save it to eat for later. As indicated from the trailer, the fantastic beasts known as Klombos will gladly eat a slice of pizza if it’s on the grounds. The Pizza Party is meant for the squad, but other players should be able to grab a slice as well, so keep that pizza protected.