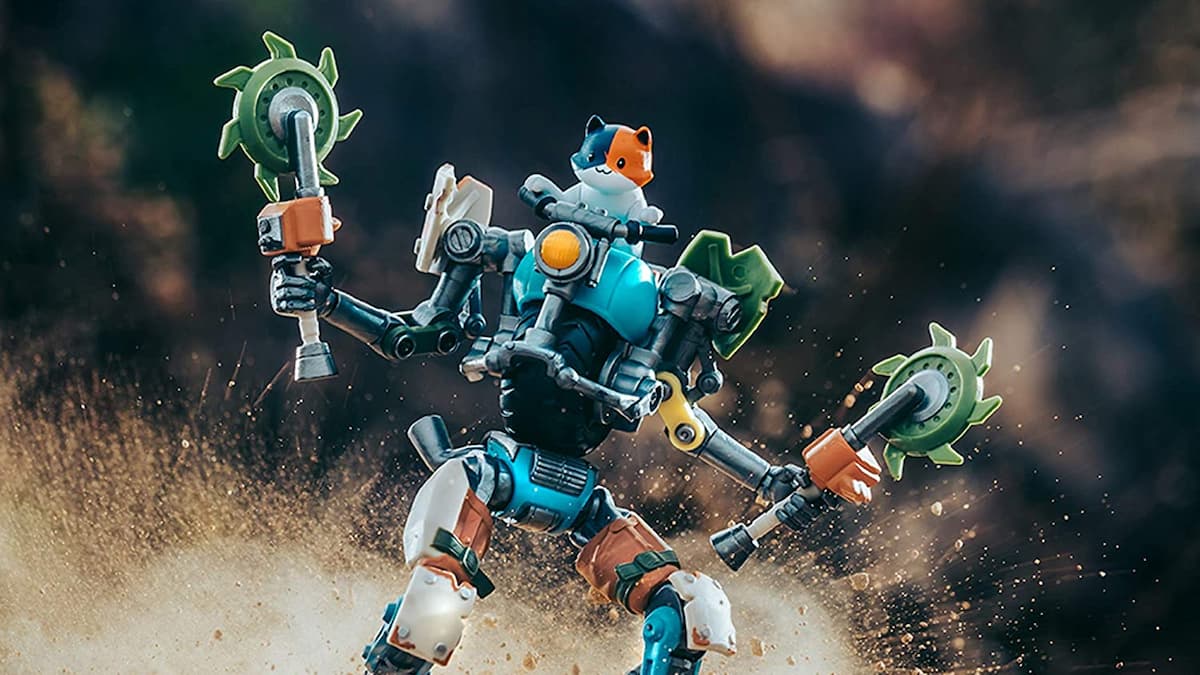 In addition to video games, Fortnite has toys for fans to play with and collect. These action figures don’t always have action, and sometimes it’s more about what else they come with than the main attraction. You can move a good Fortnite action figure to demonstrate movement or attack while the bad ones just stay in a static pose.

On this list are the toys that would be the most fun to play with and would be the most worthwhile. We don’t consider the rarity of a toy, not because it will never be rare, but because this is more about playing with it, and there are few if any, rare toys.

We recommend getting every action figure on this list if you plan to buy a lot of Fortnite figures. There are many different figures and vehicles that you can use together, as well as several different figures. The ambiance is great if you buy them all, but the best ones are a good investment if you can only afford a few.

There are two reasons to buy the Fortnite Joy Ride Taxi Vehicle, the first is Jonesy in his awesome yellow taxi outfit, and the second is the yellow taxi itself. The four-inch Jonesy action figure can be posed in multiple poses and can hold weapons from other toy sets if you have them.

Taxi cab doors can be opened or closed, allowing Jonesy and four other four-inch figures to sit and ride together. If you have the peely four-inch action figure, he will also fit. Additionally, the wheels move, allowing anyone to simulate driving with their action figures.

12) Fortnite Vending Machine and The Scientist

A Fortnite Vending Machine creates the Fortnite ambiance, and the set comes with the added bonus of an action figure, which is really worth it. The set includes:

The Scientist figure fits in many vehicles, such as the taxi cab mentioned above, and can hold most weapons made for Fortnite action figures. The vending machine is pretty tall, standing almost a foot tall, but its purpose is to hold all the pieces, making it easy and convenient to clean.

The set also includes harvesting tools that can be mixed and matched, so you’re getting many different combinations with these four action figures.

X-Lord may not be the most popular Fortnite skin, but Whiplash, included in this pack, will be recognizable by every Fortnite player. While Whiplash creates a great atmosphere since it is so common on Fortnite‘s map, the most fun is being able to place Fortnite action figures inside.

The Choppa is one of the rarest vehicles in Fortnite because it’s so powerful and is normally abused by players who find it. With this in mind, a set that includes a Choppa is an excellent purchase. The Fortnite Feature Vehicle – Choppa also has a four-inch blaze action figure, which is the perfect size for vehicles and weapons included in other sets.

The Choppa comes with 17-inch blades and can light up to look real. The Choppa is not only a great buy because of its looks, it can fit seven other four-inch Fortnite action figures.

The set we mentioned earlier is the one that feels better to play with friends, as it has matching skins. Fortnite Squad Mode Skull Squad includes four four-inch figures, including Skull Squad Leader, Bone Boss, Bone Ravage, and Fishskull. Every figure comes with a harvesting tool that matches the skeleton skin the squad represents.

Four weapons are also included, but they do not have the same skeleton cosmetic as the action figures. As these Fortnite action figures fit into the four-inch size range, they are compatible with most vehicles and weapons on this list.

We did mention a few Fortnite action figure sets earlier, we want to highlight this pack as a better purchase. The Fortnite Solo Figures Squad Mode is a better pick because it comes with arguably more recognizable characters. This comes with Atlantean Fishstick, Mancake, Agent Jones, and Raz (Glyph Master).

Fortnite action figures come with harvesting tools and weapons, and because of their size, you can combine them with most Fortnite sets. Thus, this set can fit in any of the vehicles mentioned above and wield all of the weapons mentioned above.

Because this vehicle was only in Fortnite for a short time, it’s okay if you don’t recognize it. Another reason it wouldn’t appeal to many is its four-inch dummy, even if it comes with a unique harvesting tool. Instead, this is a great buy because it will transform how you play with these toys.

The Fortnite Deluxe Feature Vehicle is an RC car that is the best of all the other vehicles on this list. This RC car can fit all the four-inch Fortnite action figures above. You can fit up to four action figures in the RC car, which can be driven around using the controller.

Midas is a six-inch Fortnite action figure that may be too big for your Fortnite collection but is a worthy purchase. It may not be as compatible with many other action figures, but with the Fortnite Legendary Series Midas set, you get:

Fortnite Legendary Series Brawlers Kit comes with Kit and his robot. When Kit is mounted on his robot, it’s about seven inches tall, which is far too big to fit in any of the vehicles mentioned above. Fortunately, it’s realistic since Kit is supposed to be very tall while on his robot. It won’t seem too out of place if you decide to display this Fortnite action figure with others.

The set comes with:

In Fortnite, the black knight skin is one of the rarest, so though most likely you can’t get it in the game, at least you can get it with this action figure. He is four inches tall, so he’s compatible with the other vehicles and weapons above.

It is awesome to get the black knight, but the Black Knight Fortnite Preset Pack also includes a huge glider you can use with other Fortnite action figures.

If you don’t have enough for more than one item on this list, we recommend you get the Fortnite Legendary Series Atlantean Fishstick. This skin is incredibly unique and looks cool on Fishstick, a popular character It also comes with all of the tools necessary to simulate an authentic Fortnite experience.

This set comes with: