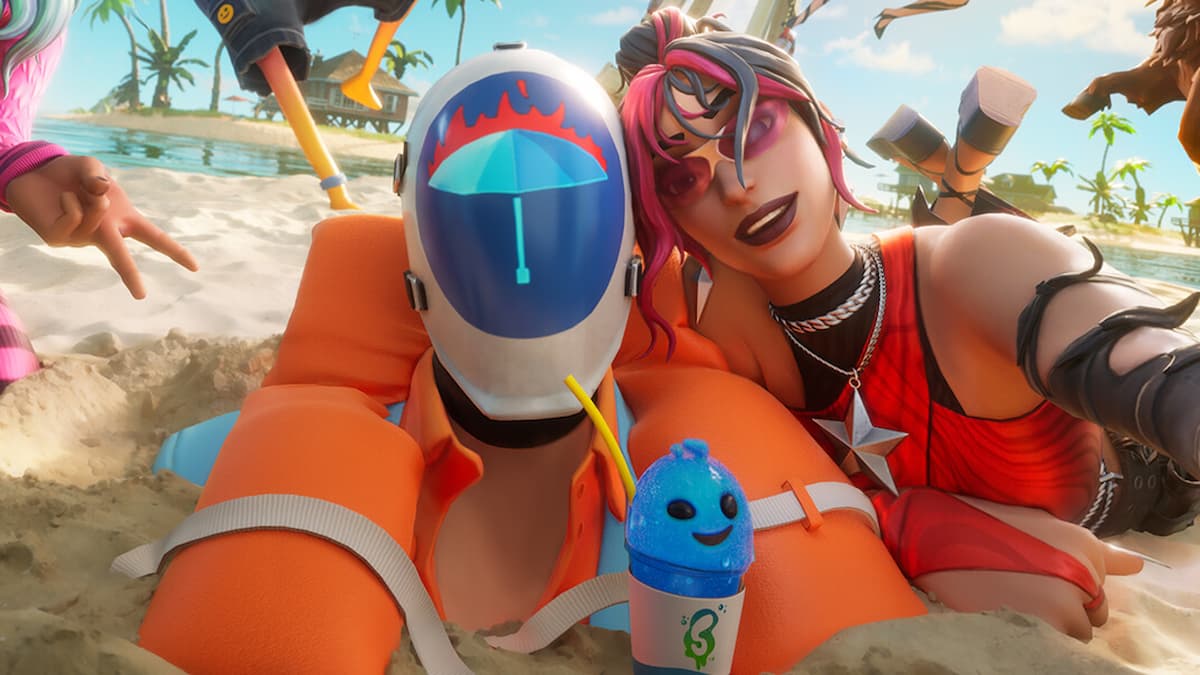 Fortnite creative maps may seem like they’re just made for fun, but you can also use these maps to get XP. You normally get XP by completing objectives, killing enemies, and beating other players on these maps, but there are other ways too.

Many maps are made with secret passages and ways around to make it easy for players to gain XP. These creative maps in Fortnite have become very popular because they can help you level up quicker.

Epic Games has every right to ban you if you exploit any maps other than what they were intended, but normally the punishment is given to the map creator. Maps are often designed to be exploited, so the creator is often the one targeted for a ban, so you’re better off not making maps that exploit the XP system.

The following are fair ways to gain XP and some less fair but easier methods. You can do some of these while AFK, so you can see why they are so popular.

Check out our list below if you’re looking for maps that give you easy XP.

This map was made pretty exclusively to cheese the XP function. When you start this map, jump out of the window nearby and take the stairs on your right. When you make it to the sitting area, there will be an option to claim 1000 gold coins from the sofa. Next, go downstairs and use the coins to open the door.

You’ll get XP from exploring the chamber, but that’s not what you’re looking for. Head to your right and see two buttons that let you open and close the door. Keep pressing these to get a lot of XP.

This one is a lot easier than the one above. Get into the game and wait for it to start. Turn around and head to the opposite side of where you start. You’ll see a screen that says, “Save it to play later!” and a statue next to it. Behind the statue is a little space where the map goes outward. Go to each corner and use any emote. Then, head to the back right corner and look up.

An option will appear, allowing you to get XP. You’ll be transported back to the start when you get it, and you can just go and get more and more XP.

Toy Box Free For All

When you go into the map, look for a storage area. It will be to your left and labeled Consumables + More. In there, you can grab a K.O. Cruiser from a vending machine. As you head back, make sure your K.O. Cruiser is ready because the game will try and send you into a different area. Use the cruiser to fly back into the main area. This counts as a successful jump, and you will gain XP from it. You can repeat these steps to continue generating XP.

While time-consuming, it is not as popular as the other maps on this list, so you won’t have much trouble with other players getting in the way. This is also one of the slower methods on this list, so be prepared to take your time to get a lot at once.

You don’t need weapons when you’re farming XP, but it wouldn’t hurt to get some if you want to take a break between farming XP. When the level starts, wait until everything opens, and you can jump down into the play area. Next, turn around and build a ramp back to where you started. Don’t go all the way up. Instead, stay a bit under, go to the back right corner of the room, and look at the corner. You’ll see a secret XP option that you can collect.

You’ll be sent back to the Lobby, so jump back down. From there, go to the Team 9 unit and run behind it. There will be another secret XP on the ground. It is possible to destroy beds here, but the XP won’t stop coming to you, so you can AFK to gain as much XP as you want.

Once you’re on the map, go to Start Game, and then you’ll be transported to the Lobby. In the Lobby, you’ll need to go to the sign that says, “Use New Movement! Ready?” walk directly under the sign and look at the bottom left corner to get a Secret button. Press it to go to a new room, where you’ll need to grab the shoe in front of you. This shoe will give you XP. Press the Next Level button on the wall from there.

You’ll be congratulated for finishing the course and told that more levels will come soon. In the room you’re in are two statues; interact with the statue on the left. This will send you back to the beginning with more XP. From the Lobby, go to the statue and press “Let’s Go!” and you’ll be transported to a room with music notes. These notes give you XP, and you can keep going back to the room to get more.

Once you’re on this map, wait for the shields to turn off. Once you’re free to roam, go behind the Support-The-Creator pillar and through the large exit. Jump out of the exit onto the ground below. Look for a bunch of vehicles from the ground and run to them. You’ll see a sign that says “Vehicles” over one of the trucks, head directly to it.

Next, go behind the truck and look for the pad that the truck is on. When you find the pad, go to the very edge of it to get a “Secret Button” option to pop up. Press it to be transported back to the lobby with a ton of XP.

This is a great way to make a ton of XP in a short period. Since you earned XP fairly, you won’t be banned like you potentially could in the other ways listed here. Players must run away from catchers or catch other players on this map that uses “the floor is lava” rules. You can get around the course in several ways, but the scattered XP tokens are important. It is very easy to just focus on accumulating XP Tokens and ignore the objective. By the end of each match, you should have enough XP to level up a few times. If you do this, you’ll most likely get some angry messages since you won’t be focused on chasing or running.

While this method is not as effective as the others listed below, it is legitimate.

Enter the map and don’t do any matchmaking it asks you to do. Instead, head toward the board with the green outline and XP at the top. Go to the edge of the map closest to this board and do your best not to fall off. Inch slowly to where the board meets the edge to make it behind the board. If you fall, just redo it. Once you’re behind the board, you’re going to look at the very corner of the map. A button will pop up saying “Don’t Press,” press that button. You’ll end up on a new level with a button on the wall and another option that says “Don’t press,” press it again. You’ll end up back at the first map and get more XP.

When the map loads, head toward the edge and start building floors to run on. You should stop running when you get a blue glow after four to five floor tiles. Next, do any emote at all and run back to the lobby. Look for a board with a green border and an XP sign in front and walk up to it. Look to your right and press the button hanging onto nothing next to the edge of the map. You’ll be taken to a new level with suits of armor.

Run to your right into a room with tomatoes sitting behind shields. Use the shields as platforms and get to the tomato in the back. Look at the corner of the wall and press the button that says “Don’t Press,” and you’ll begin to get XP over time. As your character gains XP, you can leave it alone.

When the map loads, find the giant safe and run towards it. When you arrive, press the button next to the safe that says “XP Shop” to be transported to a new level. From here, just kill some chickens or do other things to earn gold and XP as the map loads. We assume that you are forced to wait because it makes it seem reasonable to any moderator that players have earned XP after being in a level for a few minutes. When you’ve waited a few minutes, go to the edge of the room and press the AFK XP Button, which will only let you get XP if you waited a bit.

There’s another button on the other side of the room, giving you even more XP for AFK playing. You should use this one last as it can move you up dozens of levels, and it may appear suspicious if you start at Level 1 and end up at Level 100.