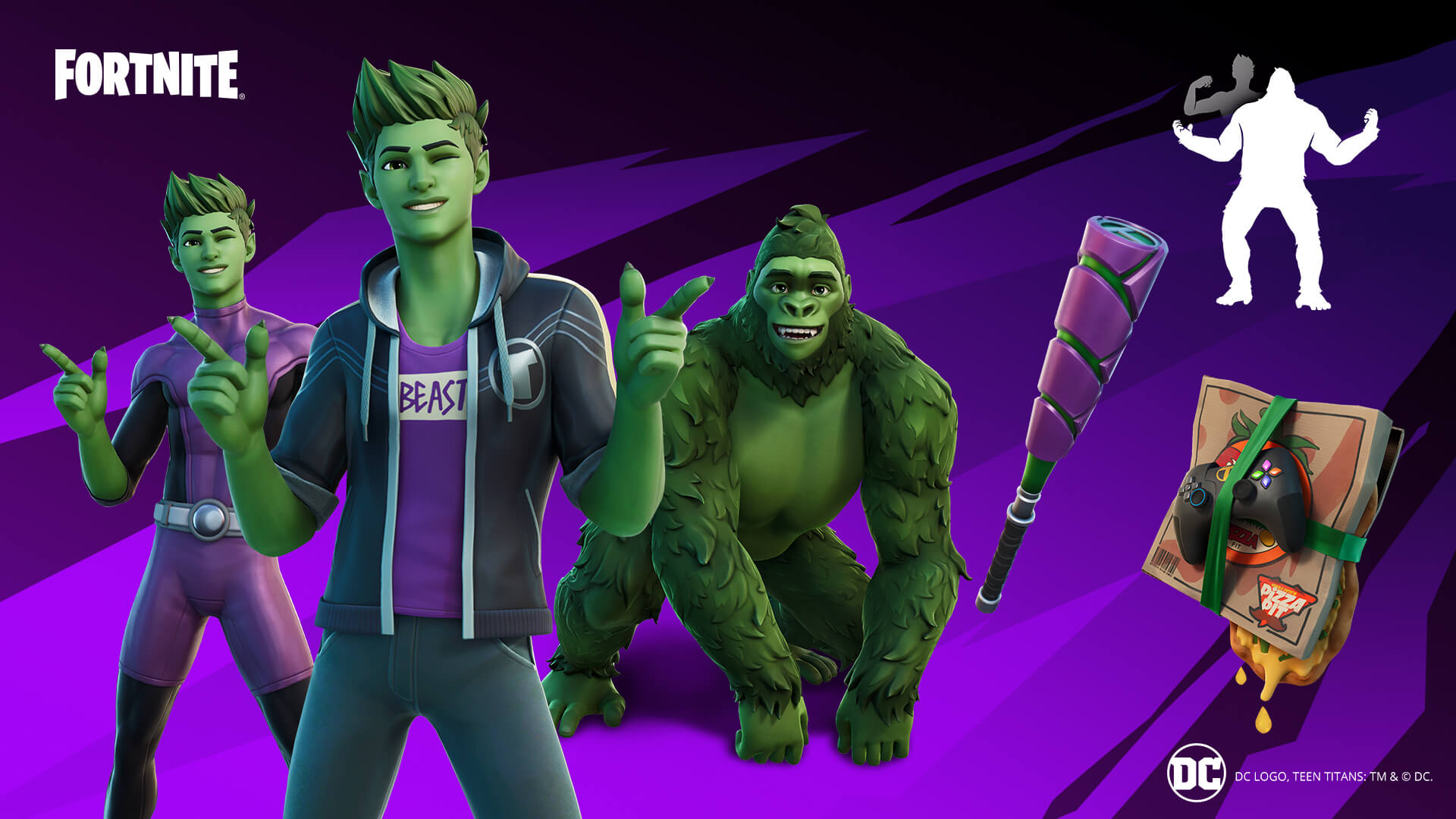 Beast Boy will be available in the item shop on May 13 at 7pm CT, but players can unlock him early by competing in the Teen Titans Cup one day earlier on May 12. Additional rewards, including a Beast Boy and Raven loading screen and spray, can be earned in the competition.

Teen Titans’ Raven is part of this season’s battle pass, so Beast Boy joining the game makes a lot of sense. Epic began teasing the skin this morning with some comic panels featuring Raven and Beast Boy. Ah, young love, how beautiful.

Beast Boy’s skin comes with two variants, both in and out of costume, and an emote that makes him transform into a gorilla. There’s also a pickaxe and a back bling available, so players can fully equip themselves as the green-skinned shapeshifter.

Fortnite has added a slew of DC Comics skins over the past few years and its latest collaboration with Batman is just part of it. Other DC heroes in the game include Wonder Woman, Aquaman, Harley Queen, The Joker, and more.

To participate in the Teen Titans Cup, players must have two-factor authentication enabled on their Epic account and be level 30 or higher.